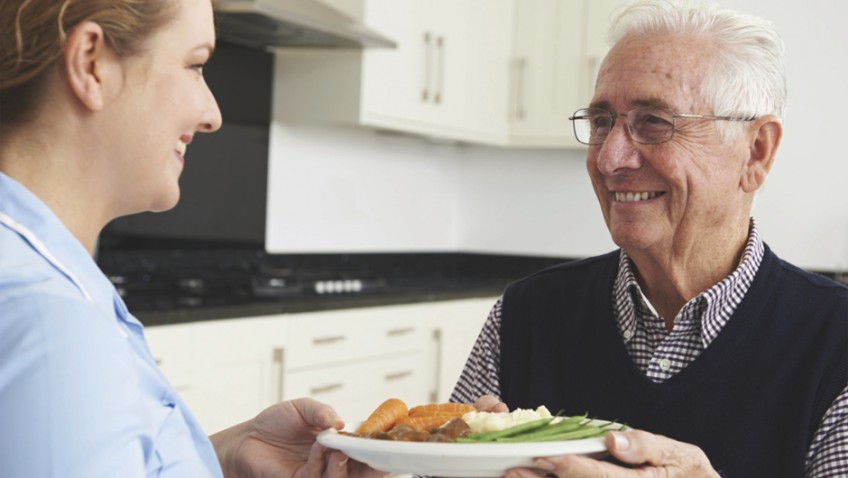 Food poverty among older people is, to some extent, a hidden problem. Experts told us older people are less likely to use food banks, instead preferring to cut back on food and “making do”. But this comes at a considerable cost, as the rise in cases of malnutrition in older people indicates. Nationally, more than 1.3 million people over 65 suffer from malnutrition, and the vast majority (93 per cent) live at home. And it is not only affordability that can lead older people to cut back on food, loneliness and social isolation are critical factors behind why more older people are not eating properly and ending up in hospital malnourished.

The economic costs of malnutrition are likely to be considerable. Studies by the Malnutrition Task Force in 2013 show  approximately ten per cent of public expenditure on healthcare (£13 billion a year according to figures published in March 2012) is attributable to malnutrition. And while this figure covers all age groups, a greater proportion of older people are at risk.

Social care funding has not kept pace with the increase in the number of older people. Spending per head on people aged 85 and over in England is at the same level it was in 2002. While during the same time, there has been a 34 per cent increase in the over 85 population. With the number of people aged 85 and over projected to more than double by 2039, the pressure on resources is set to increase dramatically.

Community meals provision is in decline. A third of UK councils have ended their ‘meals on wheels’ service. In London, only 13 boroughs provide home delivery of prepared meals to the National Association of Care Catering (NACC) nutritional standards 365 days per year.

Signposting by local authorities to alternative services is often poor, and, in extreme cases, harmful. The London Assembly’s Economy Committee was told that some older people were advised to use takeaway services as a replacement for meals.

Royal Voluntary Service is the original ‘meals on wheels’ provider, the traditional hot meals service. They deliver two million meals a year to people who have difficulty with shopping, carrying food home or cooking for themselves. To find out if there is a service near you or if you can volunteer to help contact www.royalvoluntaryservice.org.uk

They offer a wide range of menu choices, covering cultural as well as dietary needs, and including special requirements like soft foods or diabetic meals. All menus are designed to provide a good, balanced diet. They can be hot meals or frozen for eating later.

Today the service could be more accurately described as ‘meals with care’. The drivers are instructed to ensure that the older person is safe, well and secure. In case of any doubt, the driver will contact next of kin where applicable.

Home delivered meals services provide friendly social contact for those who may be confined to the house, and a regular check that they are safe and well.

In some cases, once the driver has delivered a frozen meal a volunteer will visit, heat the meal up, and stay to keep them company.

However this amenity is declining and some charities have identified the lack of the meals service so have started their own.

One in particular who has been in touch with us is Fresh Start Meals and Care.

The scheme began in Grimsby in 2012 and now delivers over 700 hot meals a week to North East Lincolnshire. Using locally sourced produce, the two course meals are prepared in community kitchens and delivered by volunteers across the region.

Sandra Mason is the manager at the St Hugh’s Centre in Grimsby and is also service manager for Fresh Start Meals and Care in the town. She has helped organise the project for Louth and Mablethorpe and believes this is a vital service for the area.

“Fresh Start Meals and Care is a much needed project with the potential to expand in response to local need,” explained Sandra.

“We offer a wide variety of meals from roast beef aend Yorkshire puddings, to gammon and pineapple, best Lincolnshire sausages and crafted apple pie, to name just a few. We provide healthy meals for people who would otherwise struggle to cook for themselves.”

But it isn’t just food that the volunteers provide to their customers.

“Dishing up a meal is only the start,” says Sandra. “Our volunteers spend time with people if they want and offer them support and company. Often our volunteers are the only face our customer will see in a day, so they provide a befriending and checking service as well.”