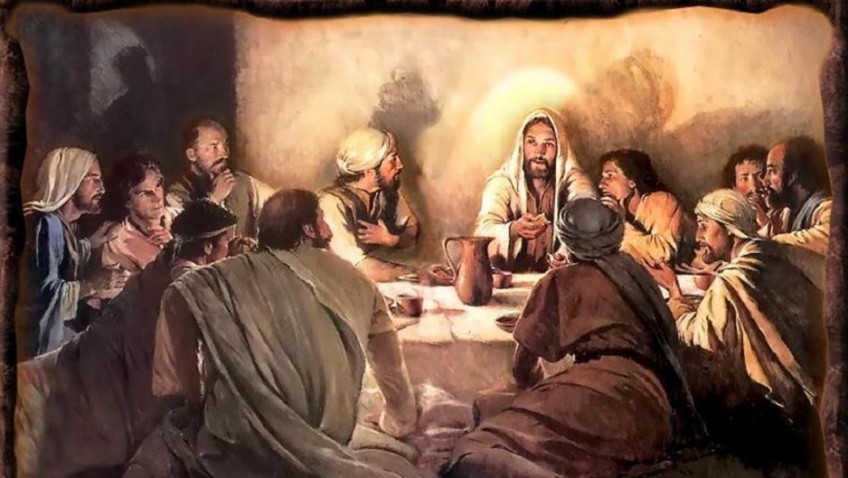 Maundy Thursday is the Thursday of Holy Week. It represents the day that the Jewish Passover was celebrated in the Bible Story of Easter. This year it falls on 24th March.

The Royal Maundy is an ancient ceremony in the United Kingdom when the Queen gives out special coins called Maundy Money instead of washing people feet! This is a tradition that goes back to Medieval times.

The commandment (also known as a ‘mandatum’ from which the word Maundy is derived) ‘that ye love one another’ (John XIII 34) is still recalled regularly by Christian churches throughout the world. The ceremony of washing the feet of the poor which was accompanied by gifts of food and clothing can be traced back to the fourth century.

In an echo of the Last Supper, mediaeval and Tudor monarchs also washed the feet of beggars during the service.

Unlike the nosegay, which was originally introduced as a means of disguising the repellent smell, that custom failed to survive the 18th century.

The first monarch to take part in a Maundy Thursday service was King John, of Magna Carta and Robin Hood fame, who distributed gifts of clothes and money to the poor in Knaresborough in 1210.

John was also the first to present the poor with silver coins and is recorded as having done so in Rochester in 1213.

John’s grandson Edward I, the king known to posterity as ‘the Hammer of the Scots’, was the first to confine the tradition to Maundy Thursday alone, which, until his reign, could be conducted on any day of the year.

It seems to have been the custom as early as the thirteenth century for members of the royal family to take part in Maundy ceremonies, to distribute money and gifts, and to recall Christ’s simple act of humility.

Henry IV began the practice of relating the number of recipients of gifts to the sovereign’s age, and as it became the custom of the sovereign to perform the ceremony, the event became known as the Royal Maundy.

The beginning of Maundy money

In the eighteenth century the act of washing the feet of the poor was discontinued and in the nineteenth century money allowances were substituted for the various gifts of food and clothing.

Maundy money as such started in the reign of Charles II with an undated issue of hammered coins in 1662. The coins were a four penny, three penny, two penny and one penny piece but it was not until 1670 that a dated set of all four coins appeared. Prior to this, ordinary coinage was used for Maundy gifts, silver pennies alone being used by the Tudors and Stuarts for the ceremony.

Maundy money has remained in much the same form since 1670, and the coins used for the Maundy ceremony have traditionally been struck in sterling silver, save for the brief interruptions of Henry VIII’s debasement of the coinage and the general change to 50% silver coins in 1920.

The sterling silver standard (92.5%) was resumed following the Coinage Act of 1946 and in 1971, when decimalisation took place, the face values of the coins were increased from old to new pence.

The effigy of The Queen on ordinary circulating coinage has undergone four changes, but Maundy coins still bear the same portrait of Her Majesty prepared by Mary Gillick for the first coins issued in the year of her coronation in 1953.

Today’s recipients of Royal Maundy, as many elderly men and women as there are years in the sovereign’s age, are chosen because of the Christian service they have given to the Church and community.

At the ceremony which takes place annually on Maundy Thursday, the sovereign hands to each recipient two small leather string purses. One, a red purse, contains – in ordinary coinage – money in lieu of food and clothing; the other, a white purse, contains silver Maundy coins consisting of the same number of pence as the years of the sovereign’s age.

This year will be the 60th time she has taken part in the ritual. A hand-picked group of 90 men and 90 women from across the county will each receive two leather pouches containing Maundy money from Her Majesty at St Georges Chapel in Windsor.

The Royal Maundy Service used to take place in London, but early in her reign The Queen decided that the service should take place at a different venue every year.  Her Majesty has distributed Maundy on all but four occasions since coming to the throne in 1952.

It now takes place at a different Cathedral each year and the worthy recipients are chosen from the local community. Yeomen Warders will be present as well as the Royal Family.