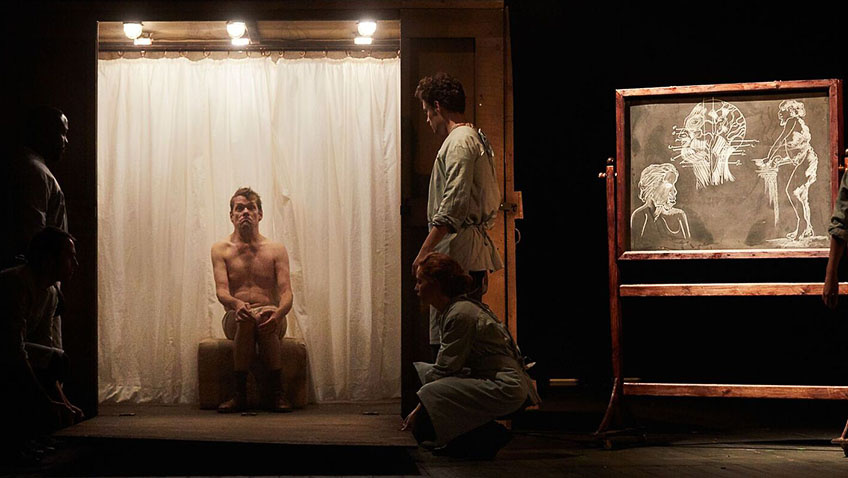 The Elephant Man – an old story with a message for today

’ starring John Hurt, whose remarkable performance, with the aide of prosthetics, was acclaimed by audiences and critics alike.

His story illustrates just how cruel and dehumanising the Victorian travelling freak shows were and casts a shadow over the actions and intentions of the paying public and those who try to help.

Jamie Beddard, an actor with cerebral palsy, performs the title role and although there is clearly no attempt to compare the actor and the character physically, his performance casts a light upon how we treat those we see as ‘other’. It shows us how, even today, our reactions to those with disabilities and to those who look different to us can be, at best, awkward, and at worst, cruel, even if unintentionally so. Often we look, but we don’t see. 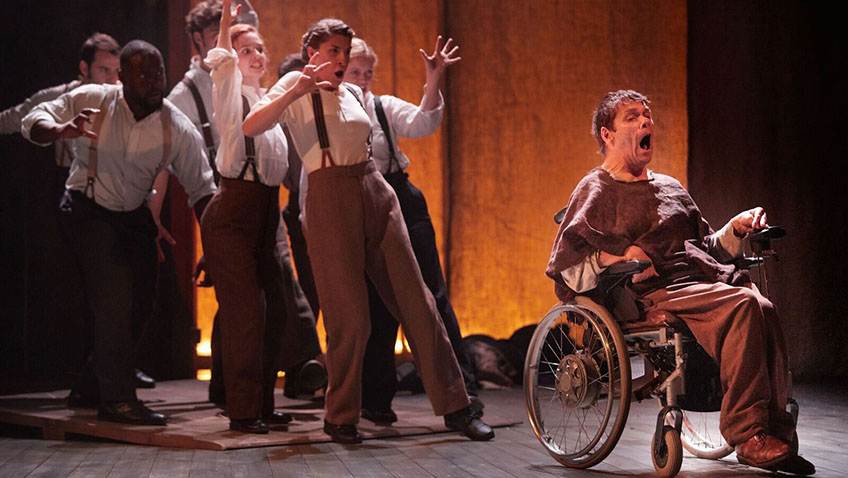 Jamie Beddard in The Elephant Man

Jamie Beddard is manhandled, manipulated and positioned throughout the performance by an exploitative freak show owner, the police and medical students, further illustrating the dehumanising treatment of John Merrick. The do-gooders don’t come off much better and whilst they may be well intentioned, they lack the sensitivity and awareness to see the person behind the disability, all thinking they know what’s best for John, but in reality, trying to make him like them.

The set is sparse, but the use of a large crate to represent the ‘confinement’ of John Merrick is very effective. The supporting cast are performed well and what comes across is how they are really representations of human traits as much as individual characters, which is in sharp contrast to the very personal fear, frustration, anger, delight and despair that John Merrick experiences.

This is a wonderful production, full of moral dilemmas and behaviours, which can be challenging to see. There is a very thought provoking, poignant and relevant message for the 21st century here. Highly recommended.

The Elephant Man is on at The Bristol Old Vic until Saturday 7th July, 2018.