Home / LIFESTYLE / REVIEWS > / THEATRE REVIEWS / Get your tickets while you can! 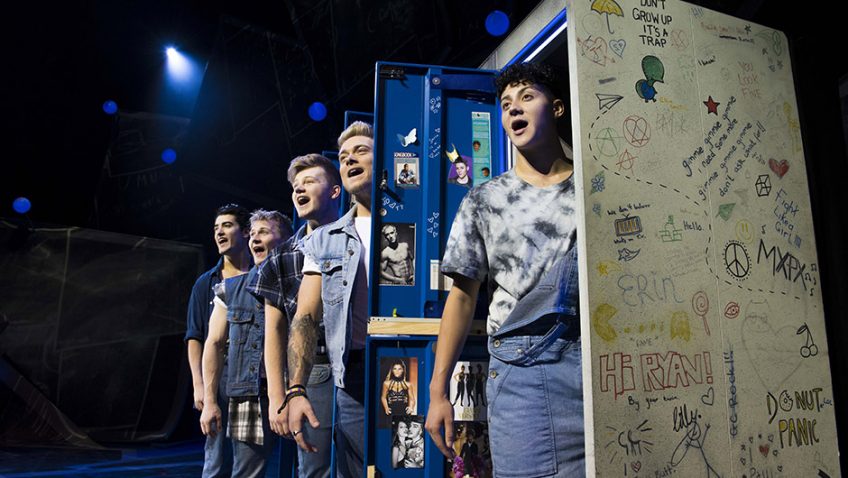 Get your tickets while you can!

Mature Times reviews The Band at The Bristol Hippodrome

It’s a Tuesday night in Bristol and The Hippodrome is packed. It’s fair to say many of the audience are of a certain age, eager with anticipation and full of hope that the next two and a half hours or so will transport them back in time, to a point in their lives when the band Take That were at the height of their powers.

Yes, it’s the opening night of The Band, the musical that is based on the music of Take That. But the story is not about them, nor is it about the five wannabies that struck gold when they were plucked from obscurity, courtesy of a BBC talent show. The real story is about the lives and friendships of five teenage girls, fixated (as many teenage girls are) by pop music and by boys, and who are influenced by the music they listen to. Ring a bell anyone?

All five are obsessed with the real Take That and manage to go to see them live in concert. Later the same evening follows the tragedy that is central to the rest of the story. Everyday life then takes over, as it usually does, and the girls lose touch until some 25 years later, when a chance competition win sees them re-united as they head to Prague to see their idols in concert again. 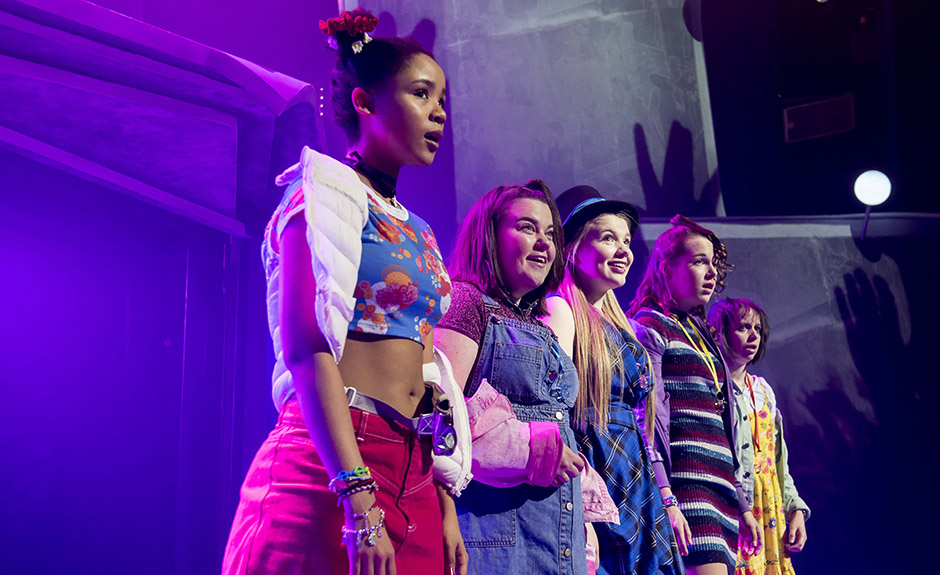 From there the story unfolds, often involving flashbacks, cleverly intertwining the younger girls with their current day selves. There are some very moving lines – and some very funny ones too. A story like this could quite easily have drifted into sentimentality and the fact that it doesn’t is testament to the talent of the writer, Tim Firth.

But above all, the star of the show, as you would expect, is what most of the audience has come to hear – and that is the music itself. The boys from Five to Five do the songs justice, ably assisted by the rest of the cast. All the hits are there and the show simply takes off; from the opening to the ending you can see the audience lapping it up, singing along and no doubt many remembering just where they were when these songs first hit the charts.

With production of the show being helmed by the people who actually created Take That’s live shows, you can’t really get a much more authentic experience, other than seeing the group live. As they say, music has the power to transport you, and this show certainly will. It’s a triumph – and if you haven’t got a ticket just yet, I suggest you do so quickly; they won’t hang around long and you wouldn’t want to miss this show!

You can catch The Band at The Bristol Hippodrome until Saturday 28th April. 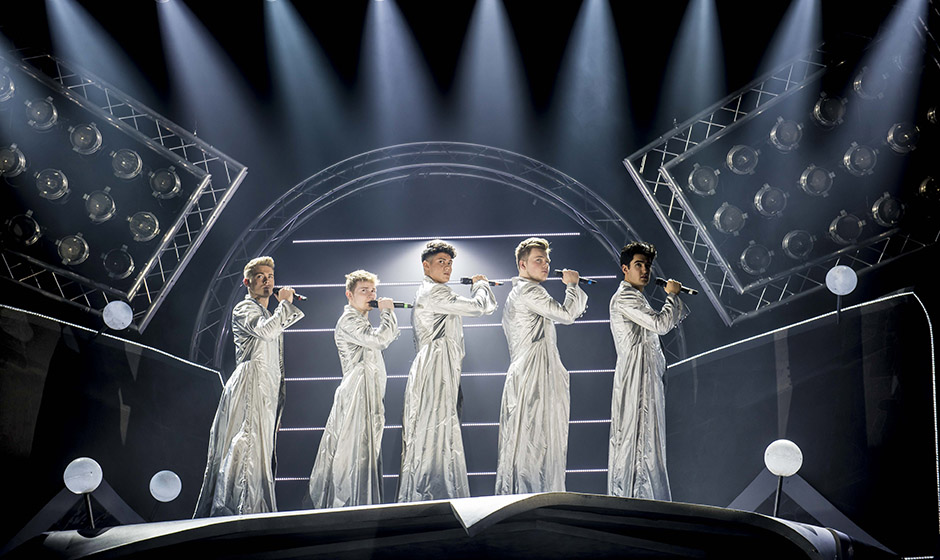