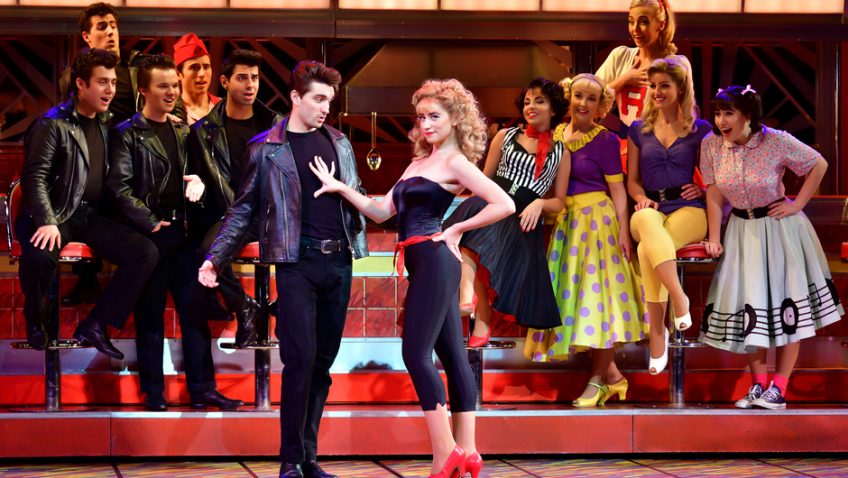 Grease is definitely The Word!

Believe it or not, it’s 45 years since Grease was first performed just off Broadway. In 1973 the first production in the UK opened at the New London Theatre, swiftly followed by productions staged all over the world and the phenomena that is Grease was born. The iconic film starring Olivia Newton-John and John Travolta as Sandy and Danny hit the silver screen in 1978 and was an instant box office smash.

The original stage show has never lost its appeal and Grease has proved that a musical love story, bursting with denim, cheerleaders, slick hairstyles, rock’n’roll, 1950’s pop culture and an irresistible mix of teenage angst and young romance is timeless and universal. The cast for the tour of this production includes Tom Parker (The Wanted) who makes his musical theatre debut playing Danny Zuko; Danielle Hope (Over the Rainbow winner) who plays Sandy and Louisa Lytton (Strictly Come Dancing, EastEnders) who plays Rizzo. 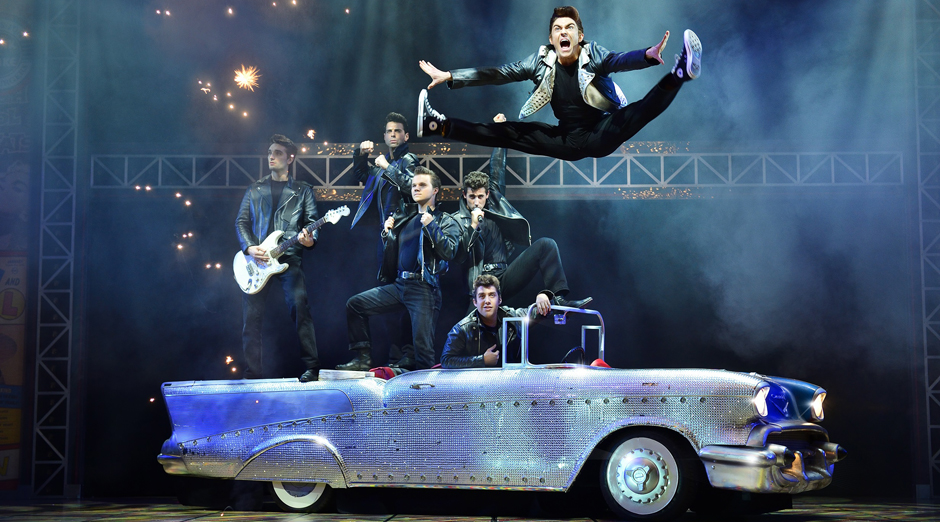 MT went to the see the show in Bristol and what a fabulous show it was. From the very start, the audience was clapping along to the music performed by the excellent orchestra. The whole show oozed 1950s style – from the boys greased back hair dos to the girls’ circular skirts and petticoats. Tom Parker was great as Danny and Daniella Hope’s Sandy was perfect right from the start. Her transformation from a little Miss Goody Two Shoes to the raunchy gal at the end of the show was fabulous. Callum Evans stole the show as the bumbling Eugene, always desperately trying to be one of the gang. We were expecting to see Jimmy Osmond’s Teen Angel appear earlier in the show but his performance was worth waiting for. When he finally appeared he brought a rousing response from the audience, which he thoroughly deserved. He certainly added a little bit more pizazz with his shiny silver outfit!

The show portrays the 1950’s American high school life perfectly. How simple it was way back then – or so it seemed! The whole cast was impeccable and the dance moves faultless, showcasing the brilliant choreography from Arlene Phillips. The finale was the best we’ve seen with the whole ensemble singing a fabulous medley of all the songs in the show. The orchestra carried on playing even as the audience was leaving and so we all left with wonderful music ringing in our ears, a smile on our faces and a spring in our step.

This show is energetic, funny and is perhaps the ultimate musical feel-good pick-me-up, guaranteed to thrill the audience. So, dust off your leather jackets, pop on your bobby socks and catch this show on its nationwide tour between now and the end of the year. It’s definitely the one that you want!