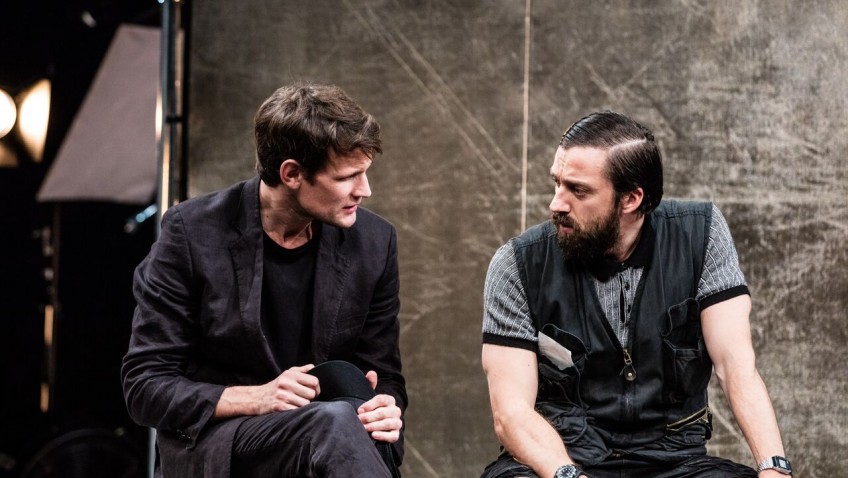 Matt Smith and Jonjo O’Neill in a movie satire 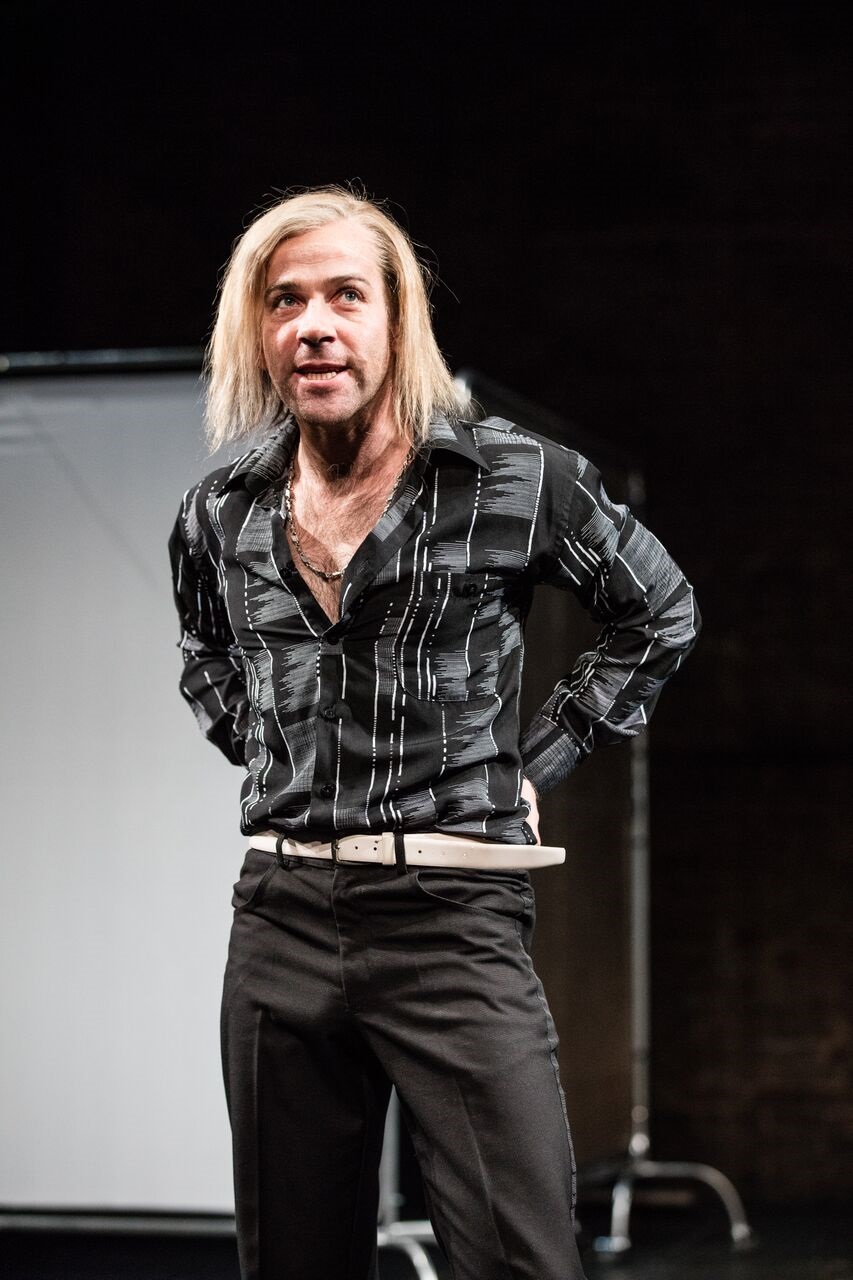 Initially, there was no script.  The playwright Anthony Nielson and the actors created and developed a script during a six-week rehearsal period.

The production begins with a serious bit of acting by Tamara Lawrence. She plays a mother who thinks she is going to be killed by rebels and kills her baby only to find she is not killed.

The production is never that serious again.

Unreachable is a scrappy satire on the movie industry and much inferior to Charles Wood’s Veterans, a spoof of the making of Tony Richardson’s The Charge of the Light Brigade which was seen many years ago at the Royal Court and starred John Gielgud (sending himself up) and the then-unknown Bob Hoskins as an electrician.

An award-winning film director (Matt Smith) is attempting to shoot an apocalyptic SF epic but the production is delayed by his obsessive quest for a mystical perfect light. He has a big ego and is liable to scrap the film and bankrupt the backers.

Matt Smith exercises his charm as the director. Amanda Drew plays his down-to-earth producer and Richard Pryos is his ambitious cameraman. Drew and Pryos have a totally gratis scene where they simulate having sex.

Jonjo O’Neill is cast as an over-the-top European actor, nicknamed The Brute. O’Neill hijacks the production and upstages everybody with his outrageous lies and often hilarious performance. Even he cannot keep a straight face when he is boasting what a nice chap he really is and not a brute at all.