Home / LIFESTYLE / How many cards will you be sending this year? 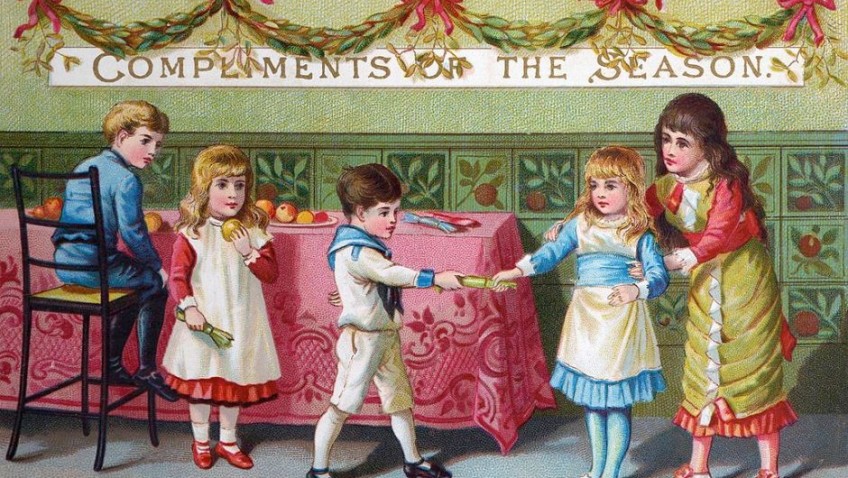 How many cards will you be sending this year?

The sending of Christmas Cards was a major event in my childhood with the writing and addressing of them the responsibility of Dad.  On a Sunday in early December we sat around the large dining table with boxes of cards and Mum’s book containing all the names and addresses of recipients and helped Dad to fulfil the onerous task.

Hundreds of cards were chosen written and sorted.  And then as they started to arrive in the post we had to check again the list that a card had been sent in return.

It would be classed as a crime if one was received and not reciprocated and aunts and uncles would check that we did not have one from a member of the family that they had not.

Some families had special photographs taken and cards printed – a la Royal Family – and often they contained a newsletter of what their family had been up to over the past year.

I had assumed that with the increase of emailing and electronic cards that the buying of traditional cards would be declining, but according to a spokesman from Debenhams last Christmas:

“We’ve seen a 36% increase in Christmas card sales this year compared to 2012 — with charity cards proving most popular. They represent a tradition which an e-card just can’t compete with — the joy of receiving a card in the post can’t be beaten by an electronic version.”

The Greeting Card Association said that after dipping in the last few years, there has been an increase in the sales of single cards with people buying more cards last Christmas than the previous year.

Sharon Little, of the Greeting Card Association, said: “Christmas cards epitomise all that Christmas represents to us in the UK. They are all about keeping in touch, keeping the emotional connection, reaching out to spread caring and goodwill at Christmas time. They are a physical manifestation of someone’s regard that people keep and display.

“People value being sent real Christmas cards and being surrounded by these tokens of caring as part of their Christmas decorations in the home. You can’t put an e-card on your mantelpiece!”

Charities benefit enormously from the sale of traditional Christmas cards.  In the UK, the sale of greeting cards is the number one charity fundraiser at Christmas. More funds are raised by the sale of charity cards than by any other individual product.

Stephen Agar, Royal Mail, said: “From the very first cards that we helped send back in 1873 to the millions of Christmas cards we handle each year, we are proud to still be delivering season’s greetings across the UK 170 years later.”

“Personally, I hope traditional cards don’t die out. I was brought up with the whole process of sending and receiving Christmas cards, seeing them displayed on the sideboard. Don’t get me wrong, I think technology is a wonderful thing but there’s something special and meaningful about getting a card in the post.”

I agree with Stephen and hope that we get cards from people that we would otherwise lose touch with, and wish them health and happiness in return.  Are you planning on sending cards this year and will you be using Royal Mail or local charity delivery services where possible?

Do let us know how you plan to spread the seasonal tidings.