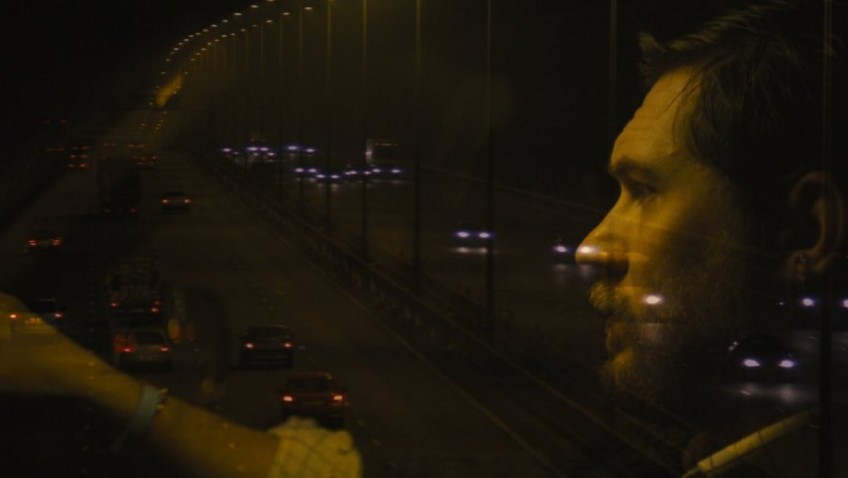 Locke is a clever and adult road movie

LOCKE (Lionsgate). A man has to deal with two crises, one at a work and the other at home, whilst driving his car on a major highway on an 85-minute real-time journey. His life is falling apart. The film, written and directed by Steven Knight, is just one actor and the voices of the people he has to talk to on his mobile. The man wants to do the right thing by a woman who is in labour because of a one night fling with him.  Tom Hardy is well cast; his soothing, calm, Welsh voice is just right. The script would be perfect for a radio play but to be there with Hardy driving along the highway by night adds to the tension.

HELI (Network). 17-year-old army cadet steals cocaine to finance his elopement and wedding with a 12-year-old girl. Viewers know right from the beginning how the story is going to end. Amat Escalante’s brutal and harrowing film about life in modern Mexico is not easy to watch. The innocent as well as the guilty get punished and there are graphic images of torture. Many viewers will be shutting their eyes. Escalante answers his critics by saying that he is only putting on screen images which Mexicans see every day in their newspapers.

STOLEN KISSES (Artificial Eye) is a charming, very light and a largely improvised romantic comedy directed by Francois Truffaut in 1968. Discharged from the army, having spent most of his time in jail and in hospital, Antoine (Jean-Pierre Leaud) takes on a variety of civilian jobs: hotel concierge, private detective, shoe shop assistant and TV repairer. Naive and inarticulate, a misfit in the workplace and certainly a misfit in love, he, nevertheless, ends up in bed with Delphine Seyrig. Michel Lonsdale is very funny as a man who wants to know why he has no friends.

WOMAN IN MOON FRAU IM MOND (Eureka). I cannot imagine anybody watching Fritz Lang’s last silent film and not roaring with laughter. The crew are so absurdly ill-equipped and so improperly dressed for space travel that it is impossible to take this science fiction film seriously. The crew consists of a senile professor, two engineers, the woman they both love, an 11-year-old stowaway boy, a mouse, and a crook (played by Fritz Rasp with a Hitler haircut). There’s a lot of bad acting. The dialogue is hilariously awful. The film, released in 1929, spurred rocket scientists on to greater things and 40 years on the improbable was a reality.

TRANSENDENCE (Lionsgate). Don’t mess with Artificial Intelligence; it could ruin your life Technology has its promises but it also has its perils. Are you concerned that Artificial Intelligence is already on the loose and running wild, and changing the world? Wally Pfister’s disappointing science fiction thriller is short of thrills and Johnny Depp, playing a dead mathematical genius, is not his usual charismatic self. You wonder what his wife (Rebecca Hall) sees in him. The film, painfully slow, lacks energy, and takes far too long to get going.