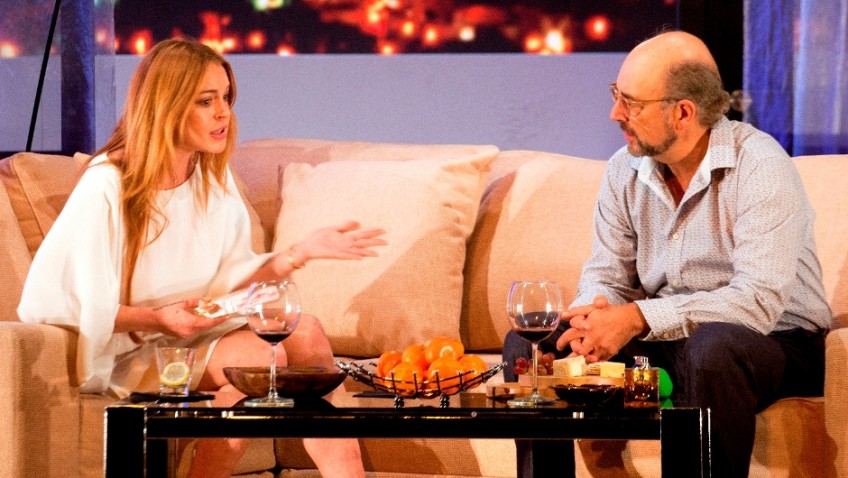 If you were a Hollywood producer and you had to make a choice between a brainless blockbuster, with sex, titillation and violence, and an art house ecological film, which would you choose?

Come on, what is the sense in making a film nobody is going to watch?  Your job as a Hollywood producer is to make money? Don’t bring artistic integrity to the table or you will lose your job.

Twenty-five years ago David Mamet was having a rotten time as a screenwriter in Hollywood. Speed-the-Plow was his revenge on the movie industry. His satire, with the right actors, can carry a terrific punch.

Bobby Gould (Richard Schiff) has recently been promoted head of production. His pushy sidekick, Charlie Fox (Nigel Lindsay), brings him a trashy prison drama and a big star to go with it. He also bets Bobby that he can’t bed the naive temporary secretary. Bobby gives the temp a pretentious novel about radiation and the end of the world, and invites her to his home that evening to give her opinion on it….

The box-office draw for Lindsay Posner’s disappointing revival is American film actress Lindsay Lohan making her stage debut. The temp is an important role; but it’s a supporting role. It is the two men who have to carry the production.

Mamet is a master of that modern-urban, fast-paced, overlapping speech; and it is so distinctive, it is known as Mamet Speak. Six years ago at the Old Vic Jeff Goldblum and Kevin Spacey had a ball in Matthew Warchus’s production and their hyper-active, bravura performances were hugely entertaining. They were the best double-act in town. Richard Schiff and Nigel Lindsay are not in the same league and the cheap weekly rep set is no help, either.