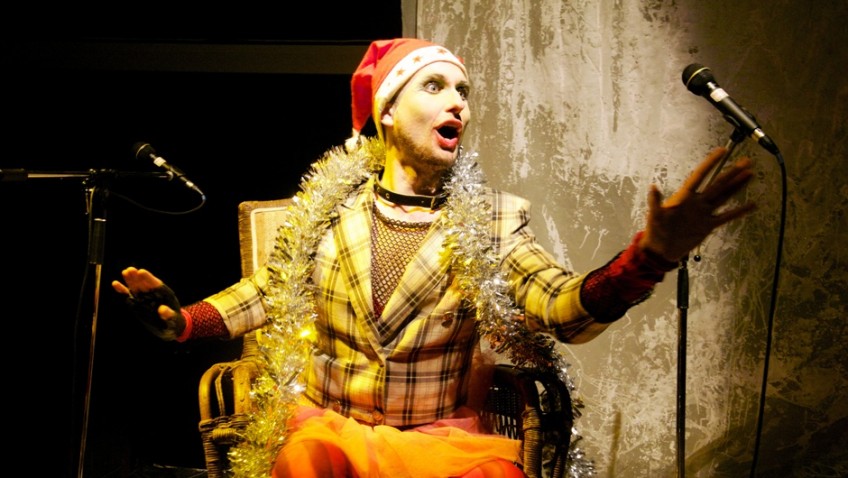 Life is just a bowl of cherries (for some)

The next time I am asked, “What was the worst evening you have spent in the theatre?” I will be able to say it was a play in Shepherd’s Bush about tax havens.

Caroline Horton wanted to write a show that would reveal the human cost of evading tax and the grotesque level of greed. So she wrote a great sprawling draft and used it as a jumping off point for further improvisation.

If you were hoping that she would end up with a political satire in the same class, wit and scale as Lucy Prebble’s Enron, forget it.

Islands is still at the improvisation stage. Omar Elerian’s production, which is in the anarchic “bouffon” French manner, is no way ready for paying customers. The show is a deliberately ugly, vulgar, self-indulgent, incoherent mess in drag.

“Do you want to leave?” asked one of the actors on stage. “Just checking you’re having a lovely time,” he added, knowing full well many members of the audience were having a really awful time.