Home / LIFESTYLE / Laying down the law 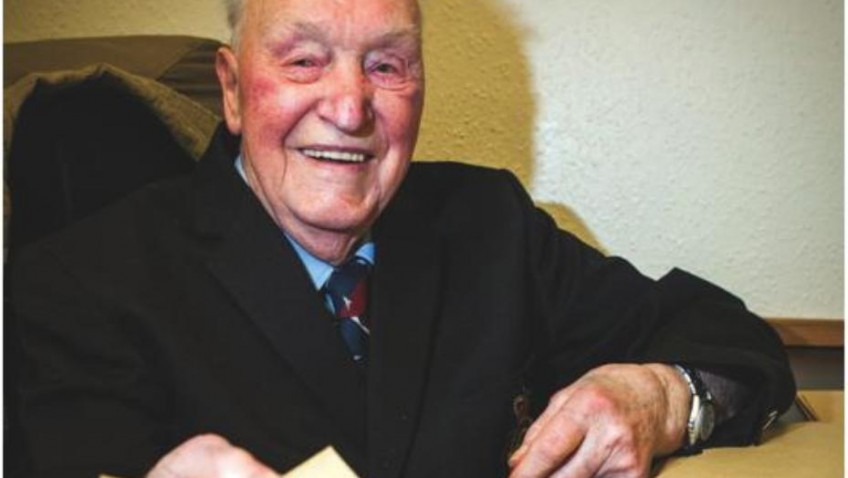 Laying down the law

A sprightly 92-year-old is still laying down the law delivering legal documents and papers for a firm of city solicitors.

George Cameron took up his role as messenger at Lawson, Coull & Duncan after ‘retiring’ from his career as a baker 27 years ago.

George, who goes ballroom dancing at least twice a week, said he still wants to work for the Dundee firm for as long as he can.

He recalls: “When I retired my pal was doing this job. He was leaving and asked if I’d be interested.

“He said it was a lovely job, there was no heavy lifting or anything – not that I wasn’t used to that, lugging bags of flour and sugar about.

“After a couple of years I realised that it was keeping me fit. Meeting the various people when I go out on deliveries to the court, procurator fiscal and other solicitors in the town, they all know me now.

“Everybody in here was pleasant and still is. I’ve really enjoyed the job so much.

“As the years went on I didn’t get tired of the job. I work a week on and a week off.

“I must be one of Dundee’s oldest employees, if not the oldest.

“The weather doesn’t bother me at all. My lady friend of 17 years, who is 79 next week, is amazed and keeps saying she doesn’t know how I do it.”

As well as holding down his job, Mr Cameron enjoys cruises and won a talent competition during one trip for his stand-up comedy, later sharing the DVD of the performance with his colleagues.

He added: “People ask when I’m going to retire and I tell them I will know when I need to. If I get befuddled or unable to walk, I’ll know when but I’ll go on as long as they’ll still have me.”

George Donnelly, a partner at the firm, said: “He’s enthusiastic, he’s never late or off ill.

“Even when we tell him not to go out because it’s snowing or raining, he still goes and does it. He’s got the energy of a young man. He’s a phenomenon.”