Home / HEALTH / Do you know someone who could benefit? 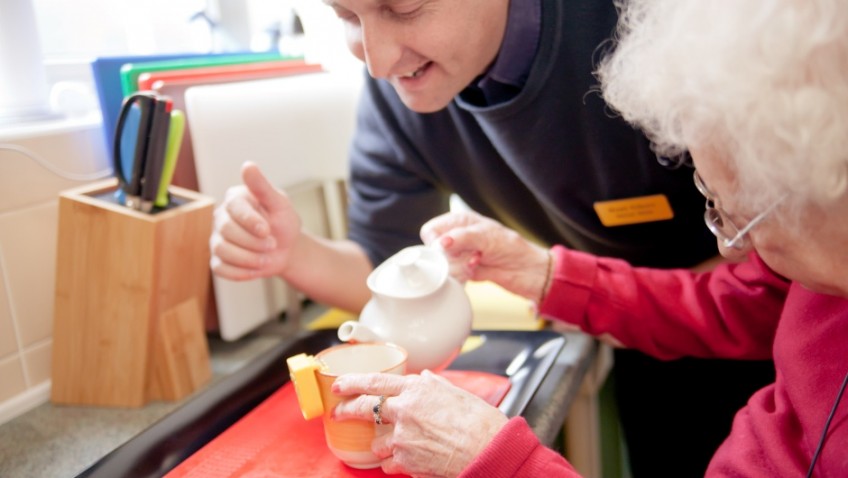 Do you know someone who could benefit?

A record level of over 850 new beneficiaries has been announced by 100-year-old military charity Blind Veterans UK, due to its targeted beneficiary recruitment campaign.

In the 2014-15 financial year, 854 blind and vision impaired ex-Service men and women came forward for support from Blind Veterans UK, the highest yearly intake of new beneficiaries in the charity’s history.

The record level reflects the work of Blind Veterans UK’s No One Alone campaign, a targeted campaign aimed at encouraging the UK’s tens of thousands of blind and vision impaired ex-Service men and women to contact the charity for its free, lifelong services and support to help them discover life beyond sight loss.

Lara King, Blind Veterans UK’s No One Alone campaign manager, said: “We are extremely pleased to announce that an extra 854 blind and vision impaired ex-Service men and women in the UK are now set to receive vital sight loss support and services to help them overcome the challenges of blindness.

“Blind Veterans UK believes that no one who has served our country should have to battle blindness alone and the No One Alone campaign is key to ensuring we reach as many veterans as possible, which is reflected in the figures released today.”

Lara King said: “As the charity celebrates its 100th year, we are thrilled that we are able to help increasing numbers of veterans. We know that there’s still much more to be done, with tens of thousands more veterans out there who may be eligible for support but are not currently receiving it.

“The No One Alone campaign will focus over the next year on building partnerships and links with relevant organisations and groups to increase its levels of signposting to the charity.”

Blind Veterans UK’s No One Alone campaign is aimed at vision impaired ex-Service men and women and their carers, partners, spouses and family members as Blind Veterans UK understands the effects that sight loss has on the whole family. By working with the people who play a large influence on a veteran’s life, Blind Veterans UK hopes to encourage them to refer veterans with sight loss to the charity.

Founded in 1915 as St Dunstan’s, Blind Veterans UK provides specialist practical and emotional support to blind and vision impaired ex-Service men and women, regardless of when or how they lost their sight. The charity offers support at its three training and rehabilitation centres, in Brighton, Llandudno and Sheffield, at home through a network of welfare officers around the UK and in the community.

If you or someone you know may be eligible for Blind Veterans UK’s free, lifelong support, please call freephone 0800 389 7979 or visit www.noonealone.org.uk today.