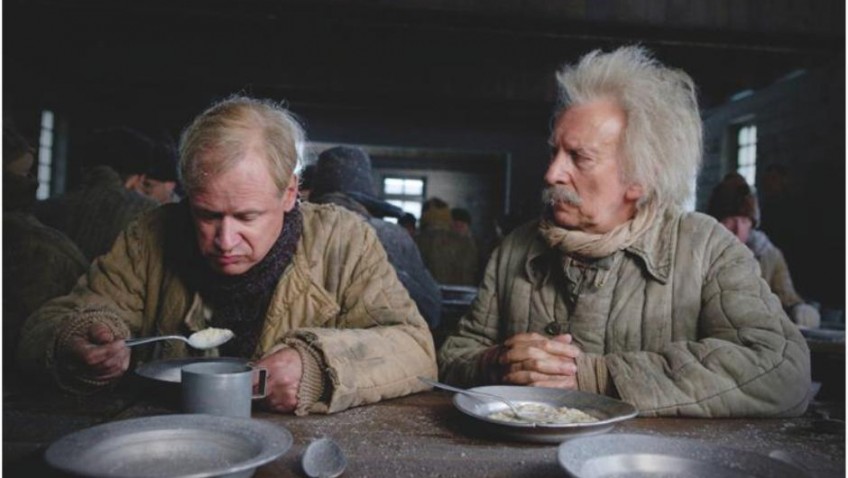 July at the movies

As if harrowing films about missing children are not enough, in October we can probe the suspicious disappearance of a married woman when Gone Girl hits the screens. Changing demographics, however, might be behind the phenomenon of the vanishing senior citizen. It’s just a matter of time before Elizabeth is Missing, the best-selling novel about the disappearance of an 82-year-old dementia sufferer, is adapted for cinema. If you can’t wait for ‘Gone Gran’, Swedish Co-Writer/Director Felix Herngren’s Nordic noir comedy, The 100 Year Old Man Who Climbed Out the Window and Disappeared, opens on July 4th. What is unusual is that the eponymous centenarian, trapped in a boring nursing home, goes missing of his own volition.

Based on the best-selling novel by Jonas Jonasson, the film chronicles the picaresque life of Allan Karlsson (Robert Gustafsson) that is set to continue, despite his 100th birthday. After fleeing the nursing home, Karlsson gets mixed up with a criminal gang when he walks off with a suitcase containing 50 million Swedish crowns. In extended flash-backs, we see how Karlsson’s passion for explosives has made him a pivotal figure in key events of the 20th century.

In addition to some farcical gags, humour arises from our expectations of how an old man would act and the reality of the situation. The assumption that Karlsson is a stereotypical sweet and meek kidnap victim facilitates his escape from police and villains alike.

With its sprawling time frame and multitude of characters, this is a challenging novel to adapt. Much of the tension, pacing and comic timing in the present-day crime-thriller strand is stymied by the intrusion of the Forest Gump-like historic scenes. In these pantomimed sketches we lose the book’s dead-pan humour to a jarring first-person English narration that tells us what we are seeing. Gustafsson’s portrayal of an old man fails to convince while the decision to cast an actor of 50 in this rare opportunity for a much older actor, tends to undermine the film’s message. American Writer/Director Richard Linklater has also cast one actor as the protagonist over time in his ground-breaking masterpiece, Boyhood (July 11). In lieu of make-up and multiple actors, Linklater made the daring decision to wait for 6-year-old Ellar Coltrane, who plays Mason, and 9-year-old Lorelei Linklater, Mason’s sister Samantha, to grow up.

Linklater shot the children, along with Patricia Arquette and Ethan Hawke, who so brilliantly play their divorced parents, over several days a year for twelve years. The acting and the situations are as natural as a documentary, but with the fluid poetry of the best scripted drama. At once hilarious, distressing and moving, the film captures the inchoate process by which the vicissitudes of family life, friends, abusive and loving parents, teachers and lovers shape a person and turn a boy into a man.

Linklater’s ‘Before Sunset/Sunset/Midnight’ trilogy has already established him as a master at shifting from the intimate to the epic and enabling us to see ourselves in his stories and characters.

Another remarkable filmmaker pushing the boundaries of cinema is French Director Bruno Dumont. His stunning and powerful Camille Claudel, 1915 starring Juliette Binoche is now playing and should not be missed.

Also playing is Bright Days Ahead in which French beauty Fanny Ardant plays a retired dentist who succumbs to a youthful ladies’ man – emerging with dignity and resolve. Michael Caine’s retired professor is a grieving widower who finds a reason for living and dying when his relationship with a lonely, young French woman (Clémence Poésy) brings him closer to his estranged son (Justin Kirk). Despite its flawed structure (and Caine’s accent), Sandra Nettelbeck’s Mr Morgan’s Last Love rewards with pockets of depth and poignancy.