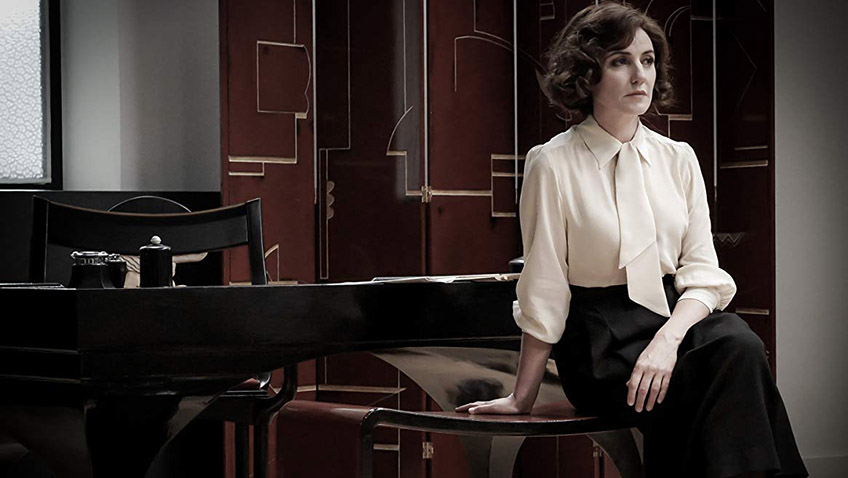 A dramatisation of the controversy surrounding Eileen Gray’s famous house

In 2009, a small, brown leather armchair once owned by Yves St Laurent was auctioned for 19.5 million Euros – vastly exceeding the guide price and breaking all international records for a similar item. While we think nothing of a work by Picasso going for that amount today, the name of the artist who designed this chair is anything but a household name. Two films about Eileen Gray, the designer of the chair, are released this week, and both open with this famous auction. Gray Matters is a documentary by Marco Antonio Orsini, while Director Mary McGuckian’s The Price of Desire

is a dramatisation of the controversy surrounding Gray’s famous house E-1027, ‘vandalised,’ by Le Corbusier.

The talented Irish filmmaker (This is the Sea, Best, The Man on the Train) Mary McGuckian’s attempt to restore Eileen Gray’s reputation is nothing if not earnest. It is perhaps her reverence and desire to get the facts straight that has hampered the dramatisation. The result is an expository and surprisingly dull film that adds little to the documentary, Gray Matters.

McGuckian has to be credited for authenticity, however, filming on location at the Gray/Jean Badovici house at Roquebrune-Cap-Martin and giving us characters who speak in their native language (there are subtitles) and in other languages with the appropriate accent. McGuckian has also chosen her cast for their physical resemblances to the real Eileen Gray (Orla Brady), Le Corbusier (Vincent Perez), Jean Badovici (Francesco Scianna), Fernand Leger (Dominique Pinon) and Gray’s lesbian lover, the singer Damia (Alanis Morissette).

None of these colourful characters are brought to life convincingly, despite Perez’s Le Corbusier painting the controversial murals in Eileen Gray’s modernist villa, E-1027, naked, or semi-naked, as was his want. Badovici, the unsuccessful Romanian architect behind the influential magazine Architecture Vivante, was weak unfaithful, and self-serving. Though portrayed here as handsome, it’s not clear what Gray saw in him. Brady, who is 20 years older than Scianna, acts more like a school mistress than his lover. She seems to be snarling at Badovici in disapproval, even when she falls into his arms, making it difficult to assess her feelings.

Gray’s celebrated furniture that lead to her meeting with Badovici, then covering her for Architecture Vivante, and her lesbian lovers are sidelined so we do not realise how much was at stake when Gray asks Badovici to teach her about architecture. The film’s focus is clearly on the house (now a tourist attraction) and how Gray was marginalised by Le Corbusier’s ego and Badovici’s reluctance to displease the charismatic architect. We are even given a post-coital peak at how the two lovers came up with the house’s name. Shunning anything obvious, it is a code for both their names: ‘E’ standing for Eileen, ’10’ for Jean, ‘2’ for Badovici and ‘7’ for Gray.

This focus is the right one for a dramatisation given Le Corbusier’s fame, but with a lack of any insight into his actions, his Iago-like asides to the audience and villainous portrayal, he is reduced to a caricature.