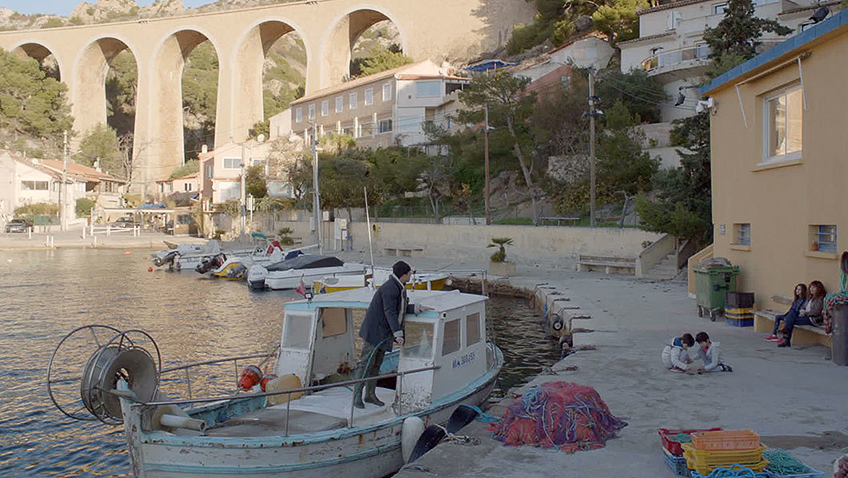 The prolific French producer, writer and director Robert Guédiguian, the son of a Marseille dockworker, is now in his mid-sixties but three strong threads – cast, location, and left wing politics – unite most of the films he directs and say as much about their auteur as they do about his changing world. The House by the Sea, an ensemble piece featuring Guédiguian regulars, including his wife and muse for just over forty years, Ariane Ascaride, who stars in his best known features (with the exception of The Last Mitterrand): Marius and Jeannette, The Snows of Kilimanjaro, The Town is Quiet and The Army of Crime. The location is, once again, the picture-postcard Mediterranean coastal towns near Marseilles. While The House by the Sea covers themes we have seen before, it is topical: When Maurice (Fred Ulysse) has a stroke, his three late-middle-aged children are reunited in their family home where they grapple with the passage of time and the arrival of illegal migrants. 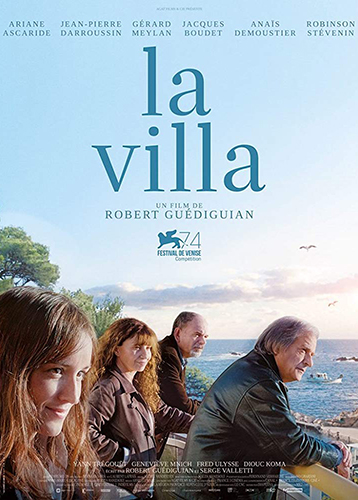 Armand (Guédiguian regular since 1981, Gérard Meylan) has remained behind to run his father’s struggling bistrot, but his sister Angèle (Ascaride), an actress, has not been home for twenty years. Not even the large curved veranda overlooking a beautiful Mediterranean cove can alleviate Angèle’s anger. Maurice has left Angèle more than her brothers in his will, a gift that she bitterly rejects as blood money. We gradually learn that Angèle’s only child drowned while under Maurice’s care. To add insult to injury, Angèle’s husband blamed his wife and walked out of her life forever.

The problem with this tragic story is that we only experience it in a clumsy flashback and are too removed to feel any emotional connection. Moreover, Angèle’s anger seems irrational or, at least prolonged, for we are shown little evidence that Maurice was negligent or any less devastated and wracked by guilt than is his daughter.

Armand and Angèle’s brother Joseph (Guédiguian’s male muse, Jean-Pierre Darroussin) is a former firebrand-turned-factory-worker who has just been made redundant from his job as a factory manager. He brings with him an attractive professional woman half his age, Bérangère (Anaïs Demoustier). Bérangère tells Angèle that she met Joseph when he gave a lecture at her university. What attracted her to him was that he was ‘a veteran of the revolution’ and, she smiles fondly, ‘I drank in his words.’ He also had, at the time, a sense of humour. Early on in her visit to the house, Bérangère is having second thoughts about their relationship: Joseph has become increasingly depressed, sardonic and bitter about his life and lost youth. 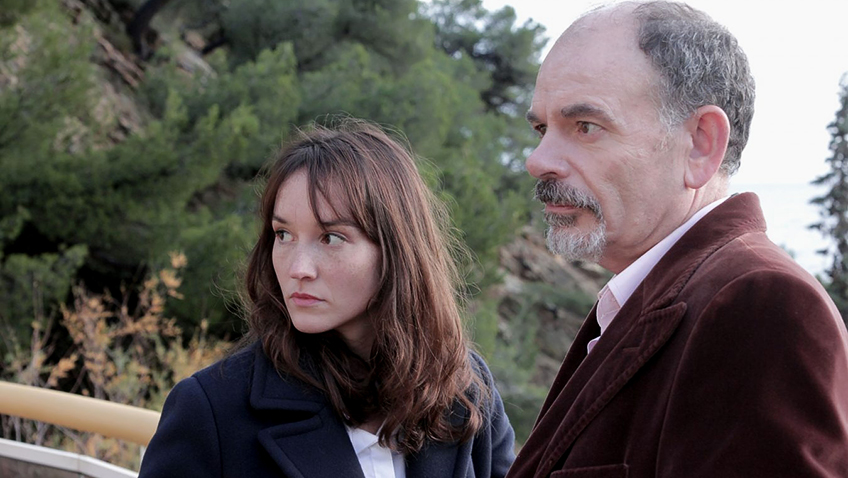 Elderly Martin (Jacques Boudet) and Suzanne (Geneviève Mnich) are Maurice’s only remaining neighbours and now the elderly couple are under financial pressures that preoccupy them. The nature of the problem is unclear for you would think they would own their own home at this point. Their son, Yvan (Guédiguian regular Yann Trégouët), a handsome and successful doctor, assures them the roof over their head, but they are a proud, independent couple and find their own quiet solution.

It is also unclear why the restaurant is struggling. The area is picturesque, right on the water, and there are now better and cheaper transport links. A dramatic, high arched viaduct overhead symbolises the mobility of modern life: but if residents move away for better opportunities, others arrive for tourism and second homes.

Angèle is at first happy to see a neutral familiar face, Benjamin (Robinson Stévenin, another regular) a fisherman many years her junior whose dumb smile suggests he is somewhat simple. So it is a surprise when he begins reciting lines from Angèle’s plays and that his modest home is a shrine to the actress – with posters of her in her younger days on his wall. He tells her he takes part in an amateur dramatic group, but his pedestal worship and desperate, persistent advances make Benjamin more creepy and mentally unstable than endearing. 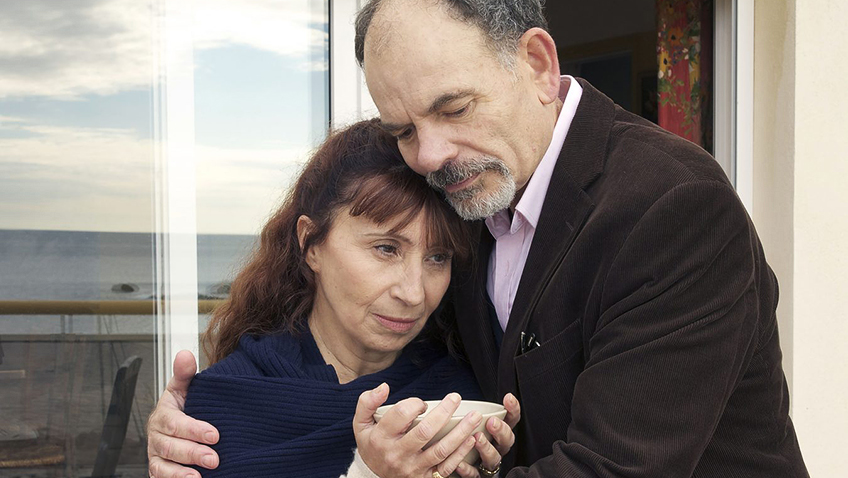 More romantic and credible is Bérangère’s interest in Yvan who, like her, rides a motorcycle and wants to move to London, in his case, to set up a lab. ‘Lower taxes and social security,’ he explains, in what might be Guédiguian’s way of turning a sympathetic local man into a financially motivated character, less willing to share his income and give back to his country.

No one thinks much of the disappearance of jars of jam which could be a trick of an ageing mind. Meanwhile, like Inspector Javert in Les Misérables, an army officer (Diouc Koma) is obsessed with finding survivors of a boat intercepted nearby. In one scene, the officer wants to search the house, claiming there may be dangerous terrorists amongst the migrants. Joseph asks, ‘are terrorists dumb enough to risk drowning?’ The officer replies, ‘don’t mock the army: we let you sleep the sleep of the middle-class’. The label is meant to sting but causes the siblings to laugh.

Armand and Joseph, who have become close since Bérangère’s cooling off, find three adorable, but starving and shivering migrant children hiding in the woods. The siblings care for the children and Angèle offering them her deceased daughter’s clothes that her father has never removed from the house. When the little girl sees the posters of the younger Angèle the two establish a bond. 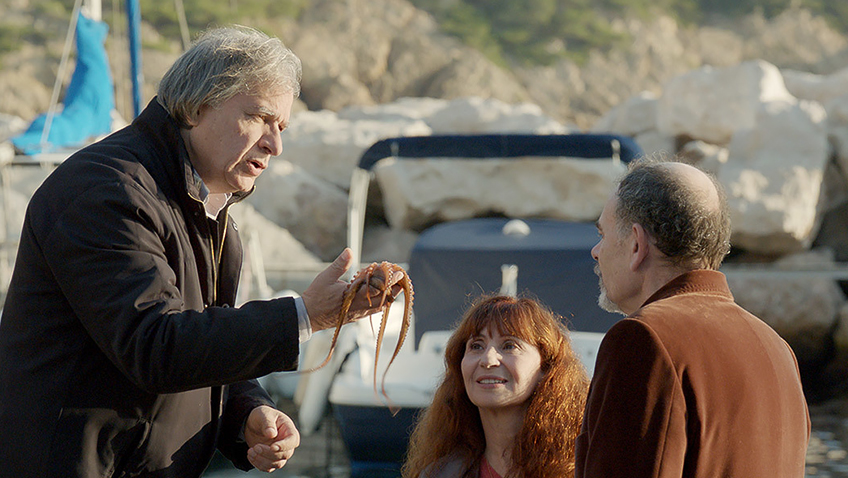 Ariane Ascaride, Jean-Pierre Darroussin and Gérard Meylan in The House by the Sea

It is to Guédiguian’s credit that the discovery of three children, two boys and a girl – an echo of Armand, Joseph and Angèle – and a possible orphaned daughter for the childless Angèle does not seem heavy handed. It is regrettable though that we have to wait so long for a subplot so rich in dramatic potential in a film that drags self-indulgently in several spots.

Other metaphorical touches illuminate the drama. In addition to the viaduct, and the little migrant girl delivered from the sea to replace a daughter taken by the sea, there is the game of echoes that the adults play under the viaduct and Armand’s penchant for clearing out the paths that are disappearing for lack of use. These represent the various paths that have been closed off in the siblings’ lives and that the brothers are symbolically reopening. Whether or not the relationship between Benjamin and Angèle marks a new path in both of their lives the children have the capacity to breathe new life into the house by the sea.