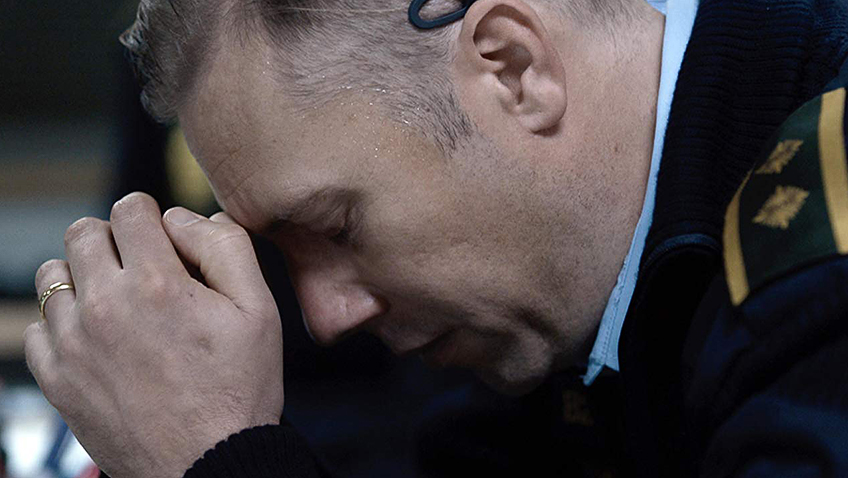 is a taut, suspenseful and riveting Danish thriller that follows Buried and Locke in confining its hero to a single claustrophobic space. In this case the single location is a police emergency call centre to which officer Asger (Jakob Cedergren) has been reassigned pending a disciplinary hearing scheduled for the following day. Halle Berry plays an emergency dispatcher stuck in a call centre and in need of redemption in 2013’s The Call, until the film is ruined when she leaves it. Swedish director Gustav Möller does not repeat the mistake and further deepens his one-man show by the slow reveal of Asger’s gradual identification with his alleged victim.

Seated at his desk with headphones and a computer screen, Asger deal with various calls, from pranks, to panicked drug addicts to a drunk man complaining that he was mugged by a woman who Asger figures out was a prostitute. Though he handles the calls competently, based on his patrol experience, his reactions are cynical and unsympathetic, (he tells one caller, ‘It’s your own fault, isn’t it?) as though he were administering moral justice (he tells a patrol car to let the man ‘sit and stew in it a bit’) as well as help.

Two personal calls come in that address the subplot that is deftly interwoven with the main emergency call. One call is from a journalist trying to interview him on the eve of his trial. Angered that she has obtained his place of work and telephone number, he utters, ‘no comment’ and hangs up on her, clearly upset. Another call is from his boss. Asger asks if everything is okay with Rashid (Omar Shargawi), who we later learn is his colleague and uncomfortable witness.

Then one call comes in that causes Asger particular alarm. A terrified woman named Iben (Voiced by Jessica Dinnage) appears to be the victim of a kidnapping by an armed man with a white van. She manages to stay on the phone long enough for the location to be traced by pretending to be talking to her six-year-old daughter, Mathilde (Katinka Evers-Jahnsen). We are surprised that her kidnapper allows this call to the daughter to continue, as he must be aware she is on the phone.

When the patrol car reports that they stopped the wrong van (no kidnapped victim), Asger phones Iben’s home to talk to Mathilde who says she is at home with her baby brother Oliver. She is able to provide Asger with her daddy’s (Voiced by Johan Olsen) phone number. When Asger instructs the frightened girl to wait with her brother for the police rescuers to come by, Mathilde says that her daddy has instructed her not to enter Oliver’s room. 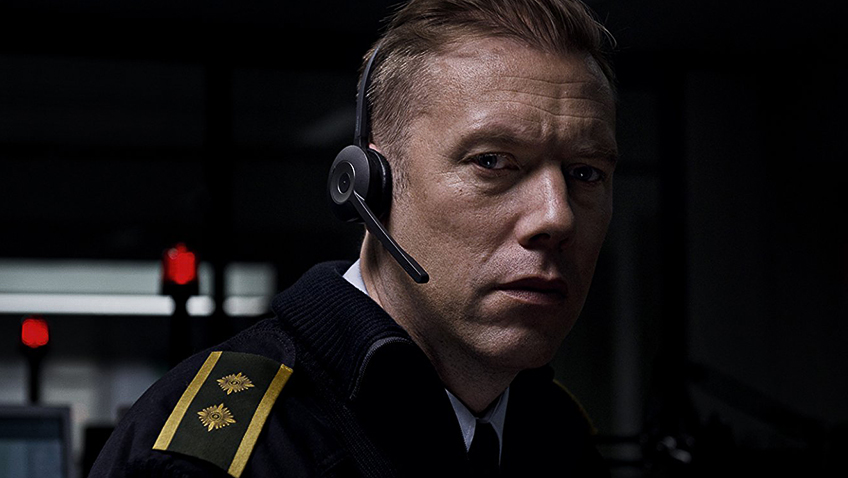 Jakob Cedergren in The Guilty

This is the second hint that there is more to this call than meets the eye. The clever screenplay, by Möller and Emil Nygaard Albertsen not only relies on our natural assumptions – and Asger’s – but on Asger’s fragile state of mine as he anguishes over his own actions and impending testimony.

Shot as though in real time on an ultra-low budget, Möller cites Sidney Lumet’s Dog Day Afternoon as his inspiration. That, too, was a crime thriller that turns into something deeper, messier and profoundly more human through a series of phone calls.

We have been so overindulged in expensive, star-studded, CGI blockbusters that it is refreshing to experience real suspense from a good-old fashioned, low-budget thriller starring a talented actor that is unknown outside of Scandinavia. You will be on the edge of your seat for the 85-minute running time and emerge from the cinema shaken and stirred.