Home / LIFESTYLE / REVIEWS > / FILM REVIEWS / Tom Hiddleston is impressive as Hank Williams, but the whistle-stop biopic sheds no light on the music 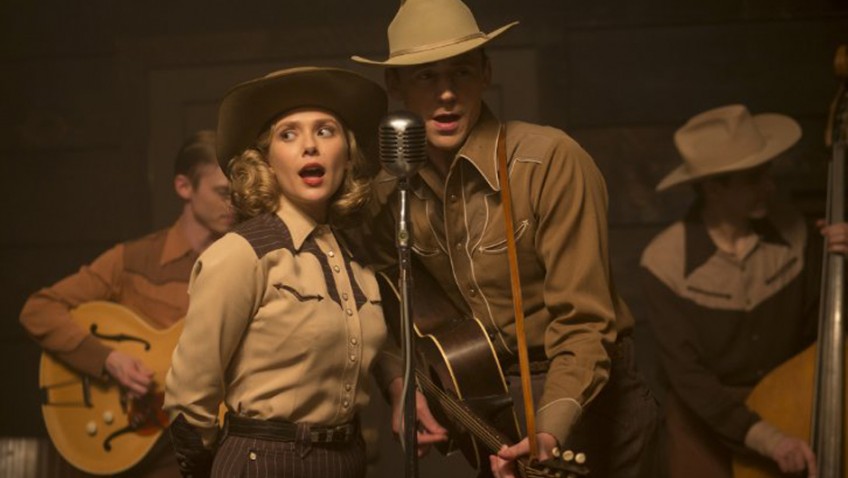 Tom Hiddleston is impressive as Hank Williams, but the whistle-stop biopic sheds no light on the music

Most people over 50 have at least heard of the country-western-honky-talk-folk-blues and gospel singer/songwriter Hank Williams, even if they do not remember his guitar playing, twangy voice and many hit songs (Your Cheatin’ Heart, I’m So Lonesome I Could Cry, I Saw the Light).  Although Williams had 11 Number One hits; a star on the Hollywood Walk of Fame; a National Day named after him in Alabama, and was inducted into three Halls of Fame (the Country Music, the Rock and Roll Music and the Songwriters’), we know a lot less about him and his music than we do Willie Nelson and Johnny Cash. 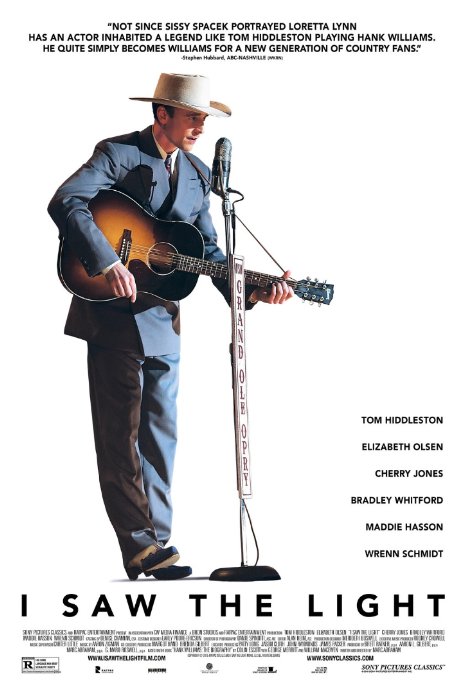 But you’d think that a film about the man who achieved so much – he was also married twice, both times to women who were not officially divorced – and died at the romantically young age of 29 would be a cracker.  And you’d think that if that film starred ‘the man of the moment’ Tom Hiddleston, singing and playing the guitar himself, it would be explosive.  Unfortunately Marc Abraham’s biopic is anything but a cracker or explosive.

The film begins when Hank is 21 and getting married to Audrey Sheppard Williams (Elizabeth Olsen). We meet Lillie Skipper Williams (Cherry Jones), Hank’s mother and manager before Audrey made a claim for that role.  Lillie appears almost like the villain of the film, and there are no references to Lillie’s importance in her son’s life (he moved in with her after divorcing Lillie).  We do not that she worked multiple jobs supporting the family during the Depression when Hank’s father was hospitalised for eight years.  Abrahams passes over the black street musician Rufus Payne who taught Hank to play the guitar while Lillie provided him with food and board by way of compensation.  Never mind that Payne was a major influence on Williams’ music style and songs, we learn nothing about him or his music.

We rapidly go through Hanks’ successful WSFA radio programme from which he was fired for showing up late and intoxicated.  We barely get to know the members of his back-up band, the Drifting Cowboys – that Lillie also managed – before they, too, are whisked away after many gripes and clashes with Hank.  We witness the birth of his first first daughter, his rejection from the Grand Ole Opry, and then, just as rapidly, his instatement into that venerable institution. Just as quickly, he is being dismissed, in 1952, because he missed shows and turned up drunk.

A scene is dedicated to Hank’s meeting with Dore Schary (Josh Pais), the movie producer/director and former MGM mogul who wanted to make a movie star of Hank just as Tom Parker was to do with Elvis Presley.  Bizarrely, the scene focuses on Hank’s refusal to remove his cowboy hat.

A meeting and a couple of scenes with the Nashville publisher Fred Rose (Bradley Whitford) of Acuff-Rose covers the man who produced Hank’s records and even co-wrote songs with him, although you’d never know it.  Rose eventually stopped working with Williams for the same reason everyone else did: unreliability and addiction to drugs and alcohol. But Writer/Director Marc Abrahams never takes issue with this continual refrain. The subject only comes up when Williams collapses on a hunting outing, as though he caught spina bifida instead of a cold. In fact, he was born with the defect and the pain was such that he drank and took pain killers for the pain. His drugs helped him get on stage night after night. The film never makes it clear whether the condition was undiagnosed until he was close to death, or if it was diagnosed at birth but ignored. 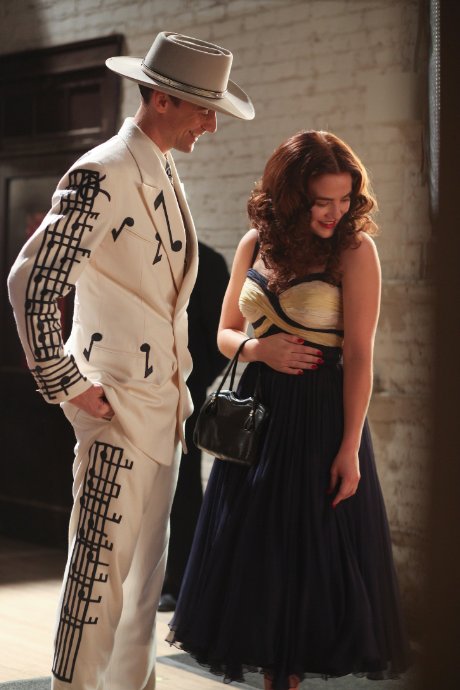 The three women in Hank’s life are given the most time, if not by Hank, then by Abrahams.  We go through the years (or so it seems) with Aubrey, and their disintegrating marriage; his affair with Bobbie Jett (Wrenn Schmidt), whose daughter by Hank was born after his death; and his marriage to the pretty 19-year-old Billie Jean (Maddie Hason).  Apparently Billie Jean’s first instinct was to run, but Hank chases after her until she said yes.

A scene that is surely not given its due is one in which ‘Doctor’ Horace Marshall comes to treat Williams, who is suffering from the heart problems that would soon kill him.  Billie Jean is suspicious, but Hank overrides her better instincts.  Unexplained in the film, but for a throw-away remark, Marshall was a quack with a prison record.  He was no more a doctor than I am, but prescribed Williams with a pharmacy of drugs, using his forgery skills to do so.

Williams had an eventful and productive 15-year career, blowing himself out like a flame and leaving a huge legacy.  But Mark Abraham’s film fails to capture the excitement or delve into his music. It manages to be plodding while at the same time, so frantic in its attempt to squeeze in all the key episodes and characters, that there’s no room for drama.  Abraham’s directorial debut was 2008’s Flash of Genius, a traditional, but competently made and involving biopic of an inventor’s battle with the Ford Motor Company.  It had a human element to it which I Saw the Light lacks.

The buzz of an Academy Award wouldn’t hurt Hiddleston’s chances of a stab at James Bond.  By learning to play the guitar and sing (not badly) like Williams, he is following in the footsteps of Joaquin Phoenix who won an Academy Award for his uncanny portrayal of Johnny Cash in Walk the Line. Hiddleston easily carries the movie, but it’s not enough. Williams is considered one of the most influential singer/songwriters of the first half of the 20th century, but I Saw the Light fails to tell us why.