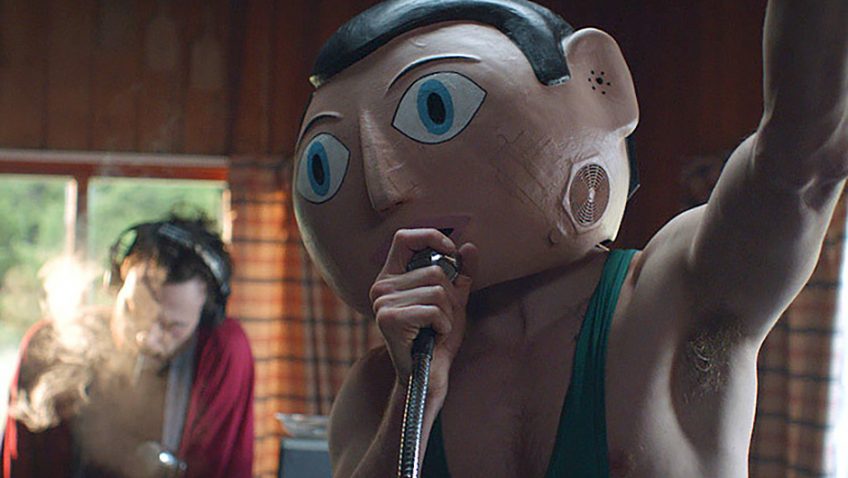 Frank is uneven, with the secondary characters unconvincing

Quirky under any other name is Frank

is the coming-of-age journey of a geeky would-be musician (the perfectly cast, lanky, red-headed Domhnall Gleeson), whose relationship with Frank Sidebottom’s eccentric band, the Soronprfbs, is a roller coaster ride of life lessons condensed into a surreal year.

is also a tribute to Chris Sievey, the lead singer of the band the Freshies who died of cancer, penniless at 55 in 2010.  Sievey adopted the persona of Frank Sidebottom and performed (at local gigs and on television) in a 1950s suit and large papier-mâché then fibreglass) spherical head.

, written by Jon Ronson and Peter Straughan, gradually loses its way in the same manner as the Soronprfbs, and is weakened by an uneven tone, it is still a highly original and enjoyable comedy with yet another fantastic performance from Michael Fassbender (12 Years a Slave, Hunger).

Jon (Gleeson), a young man living in Northern England, rushes home from work asking his mother to hold dinner while he jots down the notes to a song in his head, but in vain. After dinner a chance encounter with a visiting band’s manager, Don (Scoot McNairy), ends with Jon filling in for their keyboard player who has committed suicide by drowning.

Despite being thrown in at the deep end, Jon is over the moon.  He is taken aback, however, that the lead singer, Frank Sidebottom (Fassbender), has a huge papier-mâché head and that a fight within the band means the gig is aborted.  Jon returns to his dull life when Don calls, inviting him to Ireland to record the band’s album.

Jumping at the chance of a lifetime, Jon tells his manager that he’ll be back the following Monday.  When Don informs him that they will be there ‘as long as it takes,’ Jon makes takes the gamble of a lifetime, and even invests his savings in the album as the week turns into eleven months. 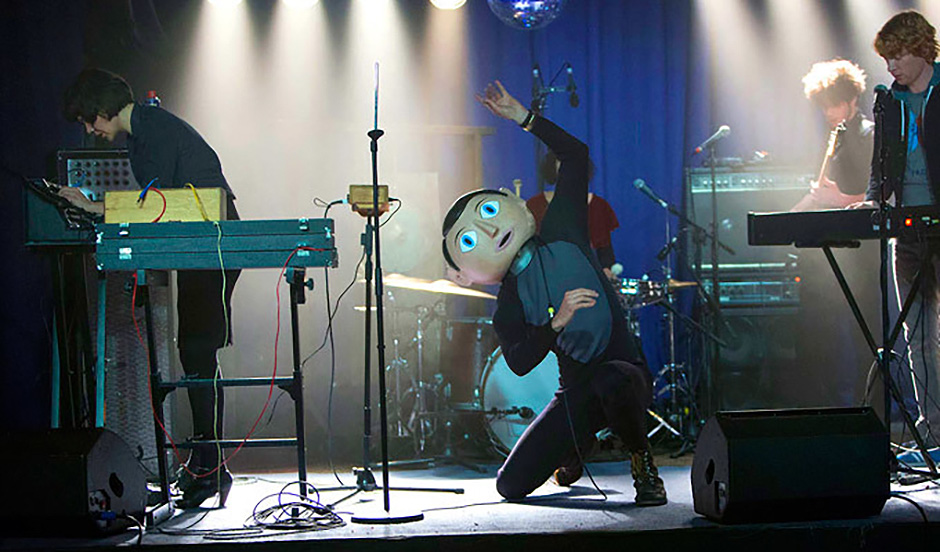 The group arrive at a remote complex in the Irish countryside, where Jon is assigned the worst of a group of Spartan bungalows. Jon is alienated by the hostility of the possessive Clara (Maggie Gyllenhaal), so protective of Frank, but gradually he settles in and starts to enjoy the long preparatory sessions, due in no small part to Frank.

Don tells Jon that Frank spent time in a mental hospital, but is ‘the smartest guy you’ll ever meet’, and, indeed, Jon is in awe of Frank’s knowledge of music and everything else. When a family of German tourists arrive laying claim to the site, Frank charms them away in perfect German (Fassbender’s was born in Germany to a German father and Irish mother). It is Frank’s combination of charm, talent, intelligence and mystery that holds the band together in awe of its leader.

But Jon’s presence in the group, not helped by cabin fever, shifts the balance that held it together. Interpersonal relationships turn and sour with disastrous results.  Jon’s blog and twitters lead to an invitation for the band to perform at a big music festival in Texas.  This is their chance for fame, but will the fragile Frank and the discontent band withstand the pressure? 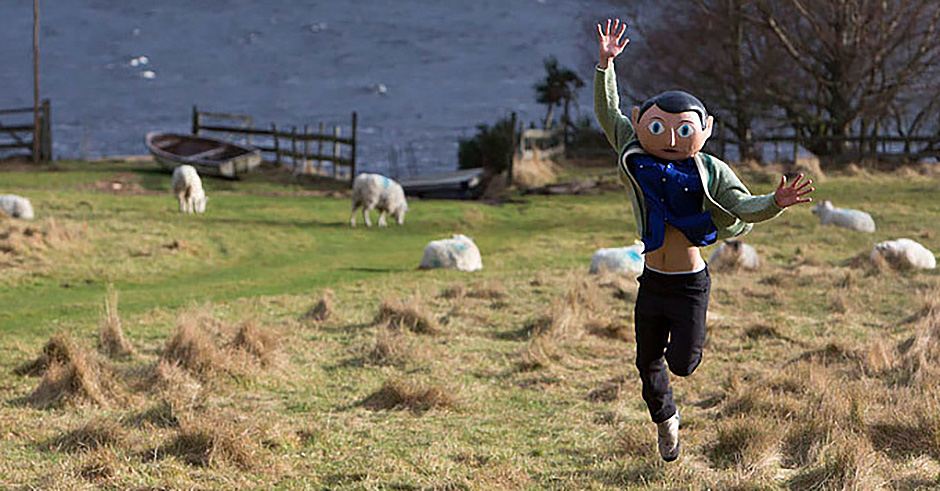 is certainly a jolting departure in tone and style from Abraham’s impressive 2012 feature, What Richard Did, but Frank

could have been called What Jon Did. Both films are based on real events/people and follow a young man’s dream summer/year respectively, in a rural Irish setting as the dream turns into a nightmare, and a voyage of self-discovery.

But whereas What Richard Did was an abstract, understated and very serious story about a young man’s moral development, Frank is a more conventionally told, comic story of a young man’s reality check on a music career. Talent aside, Jon’s character is not dissimilar from that of the young rock journalist in Cameron Crowe’s coming-of-age masterpiece, Almost Famous, who mistakes that band’s charismatic lead singer’s attention for a friendship of equals when he lives with the band.

For all of its pleasures, foremost of which are Fassbender, Gleeson and the music, Frank

is uneven, with the secondary characters unconvincing and the final third, when the band leaves Ireland, rather messy and disappointing.