Home / LIFESTYLE / REVIEWS > / FILM REVIEWS / There is something of the morality play in this beguiling, ‘home made’ film set in a modern Cornish fishing village 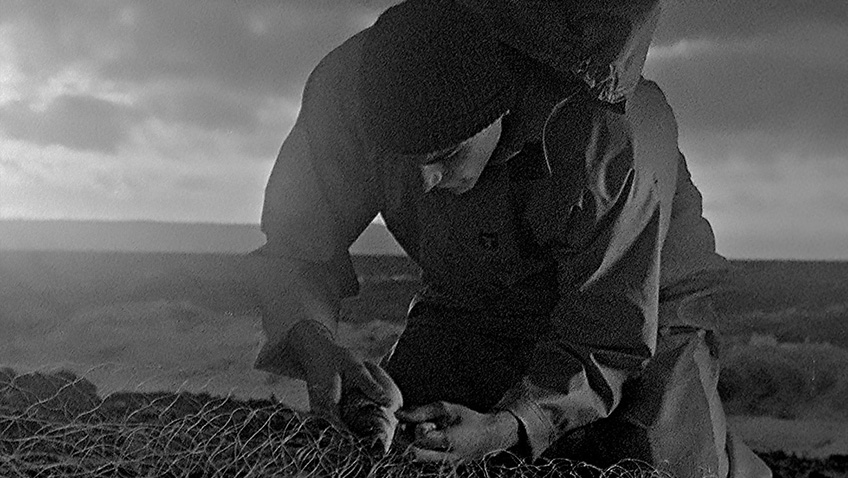 There is something of the morality play in this beguiling, ‘home made’ film set in a modern Cornish fishing village

If you are a first-time feature writer/director from Cornwall and have taken to heart the advice to write about what you know and have experienced, then Bait

is the way to get noticed. Mark Jenkin, who not only writes and directs, but is the cinematographer and editor, not only shot the film on location in Charlestown and Penzance with a local cast and small local crew but has chosen that most Cornish of subjects: the uneasy, co-dependent relationship between fishing and tourism. The class divide here is as apparent as in Downton Abbey.

In his director’s statement, Jenkin states: ‘I wanted to make a film…16mm, black & white, dirty, full of grain, faces, working hands, the rough edges, warts and all, wild, tangible, real.’

Jenkin has an idiosyncratic style that will be as divisive as his blunt dialogue and his characters, many of which are caricatures. Using a light, durable 1976 Bolex film camera and one primary lens, the faces and hands he refers to are shown in close-up, along with a fish head, a pair of hand-cuffs, fishing nets, rope, and a round tin in which protagonist Martin Ward (Edward Rowe) is saving cash to buy his own fishing boat. These objects appear like artefacts, frozen in time, and highlighted for the part they will play in the drama.

When Jenkin refers to the film being full of grain, it is not just metaphorical. We see grain – sand perhaps – in the film and, from time to time, flashes, spots and what resemble the kind of negative scratches for which a producer might call on film insurance to grant you a reshoot. But Jenkin processed his own film and wouldn’t have a case against his film supplier, Kodak, or a laboratory.

Local cove fisherman Martin Ward (Rowe) resents the sale of his family’s harbour-front cottage to the Leigh family who have renovated and refurbished it and are now living there for the summer while renting out rooms. Since falling out with his brother Steven (Giles King) who now uses the family boat for tours of the picturesque harbour, Martin has been eking out a living from cove fishing and selling his catch door to door, with an order he can never fill from the village pub and restaurant. Martin, and Steve’s young, handsome son Billy (Martin Ellis), stick to their principals and are disgusted by the rowdy tourists, one of who dresses us as a giant penis for a stag party on the boat. 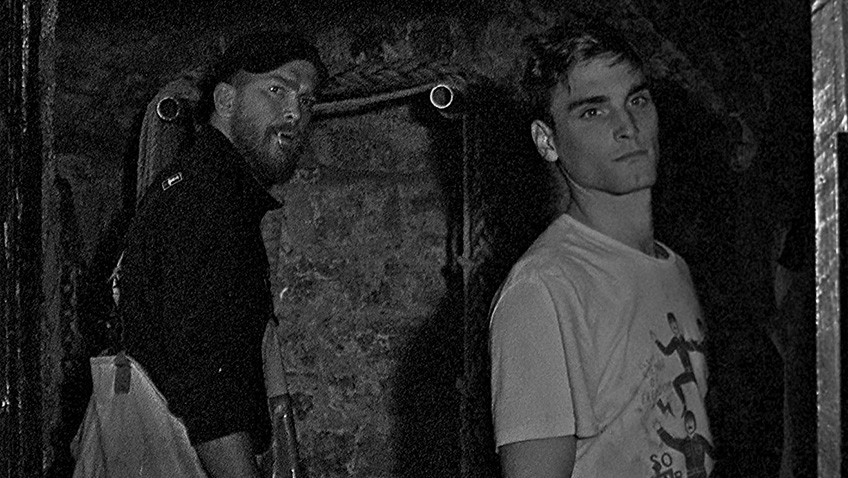 Martin is equally resentful of how Sandra (Mary Woodvine) and Tim (Simon Shepherd) Leigh have turned the cottage into a kitsch imitation of his authentic fisherman’s house that, ironically, they found uninhabitable. They have decorated the walls with so much gift shop nautical paraphernalia that Martin grumbles: it’s ‘all ropes and chains – it looks like a sex dungeon.’

The pale, posh accented Leighs are insufferable middle-class snobs, and Martin, gruff, taciturn, and brawny with a dark beard, overalls and a cigarette hanging from his mouth, is the salt of the earth, leaving no footprint on his traditional village. When a barmaid named Wenna (Chloe Endean) who has turned violent against the Leighs, returns from the police station, Martin, who does not condone her actions, is left to pay the huge taxi bill from his savings. He’s that kind of guy.

The Leighs are stereotyped to such an extent that it weakens Jenkins’ argument that tourism has its place in the survival of traditional communities. Even daughter Katie (Georgia Ellery), who is dating Billy Ward, seems to represent the rich girl rebelling against her parents by having a summer romance with the lower-class local colour. Kid brother Hugo (Jowan Jacobs) dresses in a mail-order Lycra diving kit and disappears late each morning with snorkelling gear on his head. He is not only pretentious, but has a sense of entitlement that sees him steal two of the lobsters that Martin intends to sell to pub.

Despite Jenkin’s localism and tendency to shoot with natural light, his editing often confuses or interrupts the narrative to accentuate the drama and the tension. In one long, almost silent sequence of inter-cut scenes, we view, as in a triptych, three simultaneous dinner-time scenes in three locations. We begin in the crowded pub when Martin, furious with Billy, humiliates the frightened coward by forcing him to repair the netting on Martin’s trap. Martin’s strong arm guides Billy’s in this intense ritual. Nearby, Billy and Katie are preparing dinner like young homemakers while in the Leigh home, Tim is savouring the lobster and sipping a large glass of white wine. 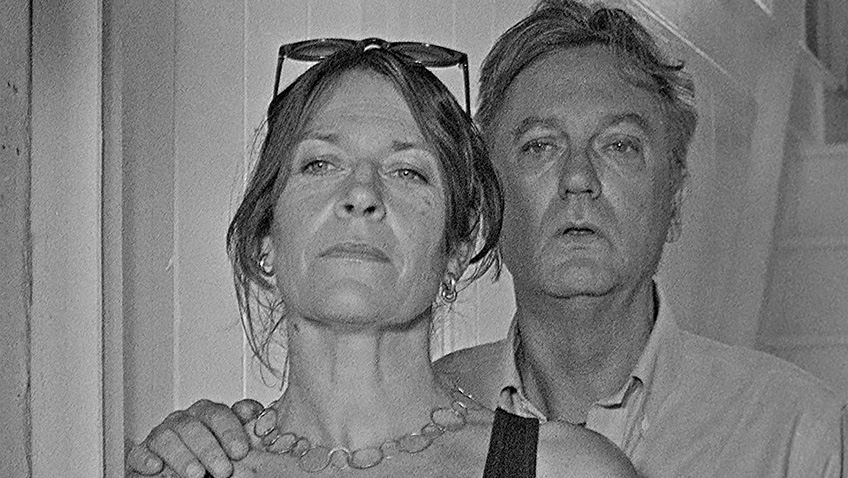 Sandra, however, who appears to be a patronising, sanctimonious bully in the early scenes, is the most nuanced character, showing a side to the “tourist” invaders that we have not seen. When a lodger, leaning out of his window, reprimands Martin for waking him at 7.00am, Sandra rushes outside to remind the guest that it is a fishing village and people have a right to make a living. And during the cross-cutting scenes with the lobster dinner, Sandra appears uneasy and later pays a touching visit to Martin’s new cottage.

Agnes Varda’s first feature, La Pointe Courte (1955), was also shot in black and white in a faux cinema verité manner in a traditional fishing village facing issues of its survival in the modern world. She experimented with foreground sound when shooting the city couple’s continual dialogue and dramatic storyline, to contrast with the documentary style of the background village.

Jenkin’s decision to post-synchronise the sound and dialogue (for flexibility in shooting) also has the effect of heightening the stylisation of his shooting and editing methods, but the dialogue appears much more direct and detached like the words in a comic strip. When Martin first appears in what turns out to be a framing device – the story is a very extended flashback – we hear, before seeing, his breathing and his boots marching, in giant paces, to the cove. When Hugo, disgusted at seeing his sister emerge from Billy’s shed one morning, approaches him, there is something unreal about the confrontation, which turns the film to melodrama.

Whatever your views of the film, it will hold your attention as Jenkin’s techniques for creating tension do achieve their goal. And if you cringe at some of the on-your-nose aspects of the film, the witty dialogue shows Jenkin has a sense a humour, while the sparring is refreshingly cathartic. Jenkin’s has put it out there: a relevant and vital debate about an issue that cannot be kicked into the sand dunes.