Home / LIFESTYLE / Only Fools and Boycie 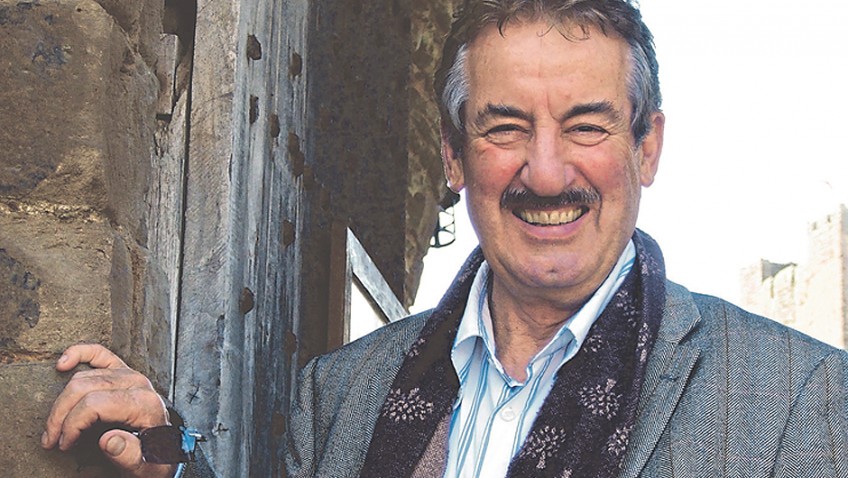 Only Fools and Boycie

Tina Foster talks with actor John Challis on sitcoms now, and then.

John is nothing like his most famous character, second hand car salesman Aubrey Boyce. With his signature laugh, slim cigar and wife Marlene, Boycie was a favourite with fans of the long running show, Only Fools and Horses.

For over 20 years John worked with comedy legends David Jason and Nicholas Lyndhurst and speaks warmly of the camaraderie within the team. I asked him about one of my favourite characters, the extremely large baby substitute, Marlene’s adored Great Dane, Duke. It seems that there were four different dogs playing the role and this was the one question he’d never been asked before.

Given a sitcom of their own, Marlene and Boycie moved to the country with their son Tyler. Fleeing Peckham, the family took up residence in a farmhouse in rural Shropshire to escape the wrath of the Driscoll gang. The Green Green Grass was popular, but could never achieve the audience numbers of Only Fools and the Great Dane was swopped for Rottweilers, which were seemingly less loveable.

The idea for this show came when the writers visited John at his home in Hereford; a medieval hall which he bought and renovated, making a fascinating home of Wigmore Abbey. He and his wife, Carol have been carrying out this labour of love for the last 18 years, moving onto the gardens now that the house is restored.

John talked with such affection for his project and has carried out years of research into the history of the Abbey and its owners, particularly the Mortimer Family. He has written a beautiful book tracking his mission, which he is talking about at the Dorchester Literary Festival. Carol is actually from Dorset and both are fans of the county’s most loved author, Thomas Hardy.

Last month, as part of its Sitcom Season, the BBC has remade several of its most popular comedies. John appears as Captain Peacock in Are You Being Served which is set in 1988. While the whole cast do an excellent job of playing the parts of the original actors the script, in fact the whole premise of the show is so dated and reveals how far we have come from this innuendo laden programme.

Playing the part of the Floor Walker, a job which very few younger people will even know existed, in Grace Brothers’ department store, John has a very similar demeanour to the upright Frank Thornton’s portrayal and he told me what fun they had recording the show. As an exercise in replicating the original it is almost faultless, but I wonder whether it was worth doing.

Another of his recent appearances on our screens has been in Dictionary Corner of Countdown. It was the first programme to be aired on Channel 4, and 73 series have been broadcast since its debut on 2 November 1982. With over 6,000 episodes, Countdown is one of the longest-running game shows in the world. John said that being part of such an esteemed game-show was difficult but very rewarding.

He admitted that he found it quite challenging to find the words, but even harder to compute the numbers. He did, despite this challenge, really enjoy the experience working with Nick Hewer and the team.

As an actor John Challis is instantly recognisable, as an author he has had success with his books of the memoirs of his alter ego, Boycie, and if it reflects his enthusiasm the renovation of Wigmore Abbey, the new book will be fascinating. But above all he is a real gentleman; absolutely charming and a joy to meet.