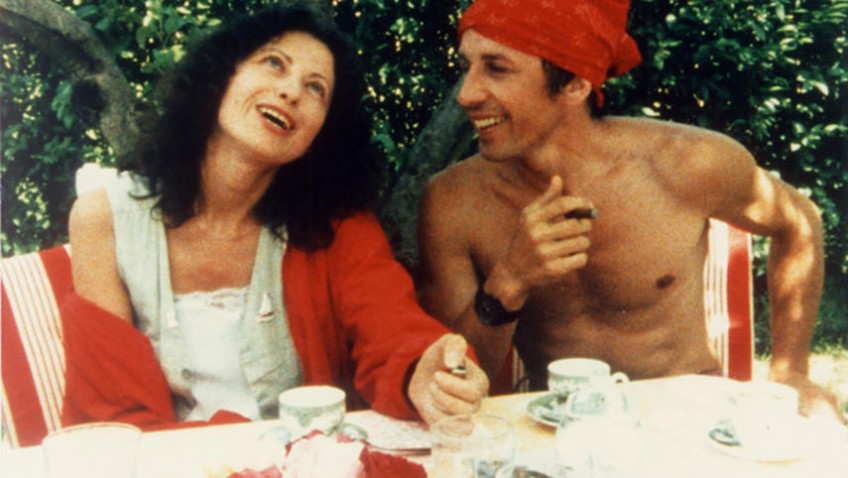 January and February are the perfect months to bring Rohmer’s unique cinematic sunshine into your life.

It is difficult to choose a favourite Eric Rohmer movie. They are full of charm, ideas and truth as opposed to sentimentality and affectation. The characters are individuals as opposed to types.  The nebulous, evocative stories are character and not plot driven, but are usually inseparable from the place and time of year in which they take place.

Rohmer made pure romantic comedies long before they morphed into formulaic fodder for the Hollywood mill.  At their heart was not a marriage but a philosophical debate or moral issue. If The Green Ray is one of Rohmer’s most memorable films it might be because few romcoms present a protagonist quite like Marie Rivière’s Delphine.

The Green Ray is about a young woman’s uncompromising search for something she cannot yet see.  Like love, she knows what it isn’t but cannot envisage what it is.  The proverbial green ray from Jules Verne’s novel of the same title takes on a lovely metaphorical role.

For almost the entire film, we watch a needy, demanding, ungrateful and teary-eyed secretary try to salvage her summer holiday after a friend lets her down last minute.  Twenty-something Delphine (Rivière) does not want to remain in Paris or spend the summer holiday alone, but her high expectations make it difficult for her to be satisfied with alternative plans. Annoying though she may be, Delphine is someone with whom we can identify; at least if we are totally honest.  This empathy is essential, as she is in every shot.

Delphine has a surprising number of friends and relatives who not only put up with her, but are genuinely concerned and willing to help.  Even her ex-boyfriend offers her the use of his empty flat at an Alpine ski resort.  Once there, however, the crowds of happy families and friends, and perhaps the memory of her ex, drive her straight back to Paris.   Invited by a friend to visit relatives in Cherbourg, Delphine finds herself at odds with her hosts over their carnivorous habits, feeling out of place as a vegetarian.

Finally, her friend Irene proposes a flat in Biarritz.  Delphine wanders around the crowded resort by herself, jumping in the waves and sunbathing.  She overhears a group of middle-aged people discussing what they agree is Jules Verne’s most accessible novel, if only because it’s a love story: The Green Ray.  On certain nights, just as the sun sets, you can sometimes see a flash of green. When the heroine of the novel sees this optical illusion, she gains an insight into her true feelings and those of her lover.

At Biarritz, Delphine reluctantly befriends an uninhibited Swedish girl who travels the world on her own.  Delphine seems intrigue by this free-spirit. But when she picks up two young men for a night of dancing, Delphine runs away, leaving her would-be date bemused and alone. Angrier now with herself than with the world, Delphine packs her bag and heads for the station, fighting tears of self-pity and defeat.

It is here that the story comes into its own with a magical ending that might well put a tear in your eye.  The Green Ray will be enjoying an extended run at the BFI (and selected national cinemas) as part of a two-month Rohmer retrospective.  January and February are the perfect months to bring Rohmer’s unique cinematic sunshine into your life.