Home / LIFESTYLE / How Your Favourite Games Have Been Adapted 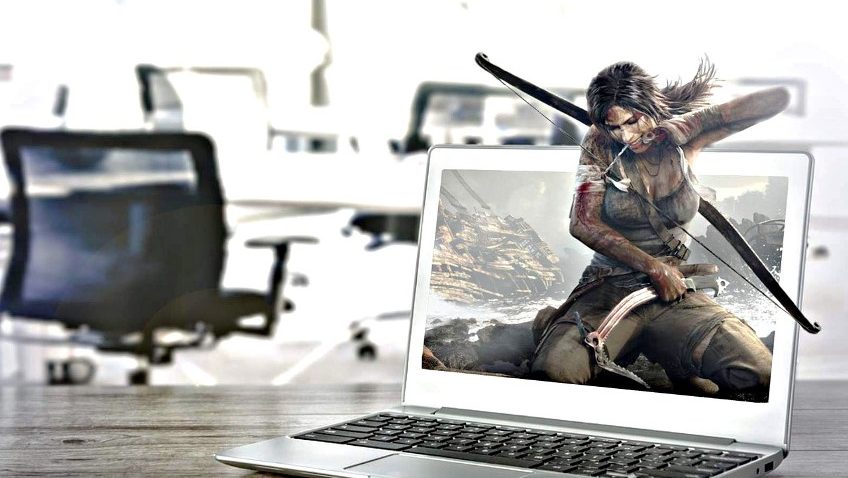 How Your Favourite Games Have Been Adapted

Every year thousands of new games are released onto the market, but often it is the remakes of classics that steal the hearts and minds of fans.

In this article we take a look at some amazing games that have been updated and re-released for the modern market. If there are any you think that we have missed out on, let us know in the comments section.

In 1996 the world was introduced to female action hero Lara Croft as the very first Tomb Raider game was released on Sega Saturn, PlayStation One and MS-DOS.

The game which followed a buxom English archaeologist on her search for ancient treasures was an instant hit. Not only did the game go on to sell seven million copies worldwide but it also inspired a feature film with Angelina Jolie unsurprisingly playing the role of Lara Croft.

Eleven years on from the original game release Crystal Monkey and Buzz Monkey Software teamed up with Eidos to release the remake Tomb Raider: Anniversary.

The game was released on PlayStation 2 and PC and garnered generally positive reviews. Critics claimed that Tomb Raider: Anniversary was the perfect homage to the original. Although some fans were disappointed in developers for correcting the glitch that allowed players to make incredible long distance jumps with Lara Croft.

Over three centuries ago the spinning game of roulette was first released to the general public in France. It soon became one of the most popular gambling games ever released and quickly made its way all across the globe.

Seventy years ago, roulette went on to become the major attraction to the burgeoning casino industry of Las Vegas. As its popularity began to rise so too did the amount of people eager to cheat it.

Rigged wheels, under board magnets and all sorts of other underhand mechanisms were used to try and cheat the roulette wheel. These hacks made their way into popular media through film and TV portrayals, further increasing the mythology and allure behind the game.

At the turn of the millennium the online gambling revolution looked likely to kill off the popularity of roulette as early developers focused their attentions on slot machines and poker.

However, the game adapted and players are now spoilt for choice when it comes to finding the right format of roulette for them, check out the Mansion casino review at bestcasinosites.net so you know you’re playing at the best possible place.

Online roulette games include live dealers and cater for players who wish to play both high and low stakes roulette. So, the game originally played hundreds of years ago in France is now enjoyed the world over by millions of avid players.

Resident Evil is one of the most iconic gaming series of all-time and has enjoyed many successful releases throughout the years. In November 2007 The Umbrella Chronicles was released to the North American market on Xbox and PlayStation 3.

The game received fairly good review from fans and critics but it most certainly was not viewed as the crowning jewel in the series. Chief complaints amongst fans were the camera work, in particular the point of view angle which moved around almost uncontrollably, making players feel uneasy as they gamed.

Two years later developers released the Darkside Chronicles to right the wrongs of the Umbrella Chronicles and also expand upon the events that occurred during Resident Evil 2, Code: Veronica.

This is a game that has learned from the wrongs of previous releases whilst genuinely provided illuminating perspective to previous releases. It’s well worth a play now, despite been released over a decade ago.

At the time of writing there have been sixteen releases in the Call of Duty Series, if you are reading this in autumn 2020 then there has likely been a seventeenth title added to the list.

This release is a reboot of the Modern Warfare sub-series which proved so popular with fans, ultimately more so than Black Ops. The campaign mode reintroduces a host of familiar characters such as Ghost and Alex.

However it is in the multiplayer mode that the game really excels. Fans have criticised the mode for its skill-based matchmaking but in comparison to Call of Duty 4 and Modern Warfare 2 the online mode is vastly superior.

There are a range of new and old maps to keep fans entertained along with a whole host of exciting and regularly updated game modes such as Drop Zone. For casual gamers the free version of the game featuring Warzone and Plunder is a real draw.

All in all this is by far the best Call of Duty game released to date. Not only does it draw on the nostalgia of previous games with familiar maps and characters but it improves vastly upon previous releases in terms of gameplay and diversity of offering.

That’s it from us, remember to let us know if we’ve missed out any of your favourite games in the comments section. Bravo Six, going dark!