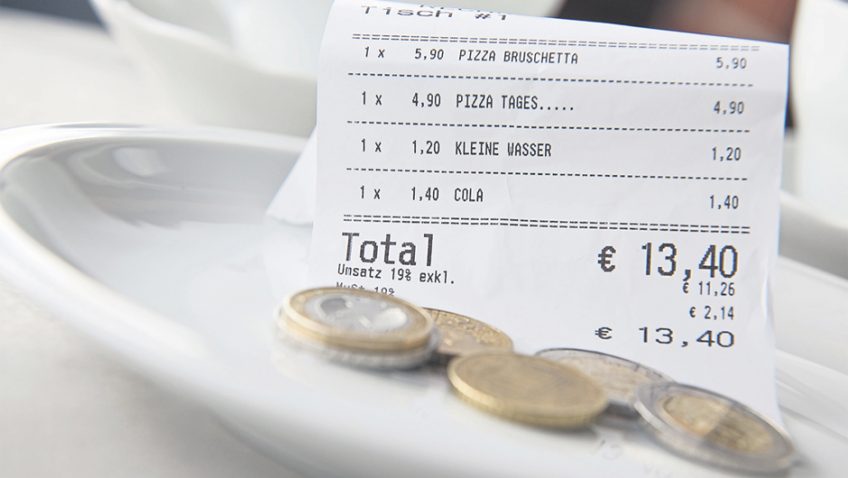 How much do you tip?

To tip or not to tip – that is the question. If you should, then how much? We British wouldn’t want to cause offence abroad. So what is the right tipping etiquette?

A modest rounding up of the bill may be fine in some places and insufficient in others. A few small notes left on a dressing table might be gladly picked up by housecleaning staff in one hotel and shunned elsewhere. Such uncertainties make us feel uneasy and overshadow even the most adventurous holiday to new countries.

Tipping is not always expected in the UK in the way it is in other countries. All staff in the UK must, by law, be paid at least the National Minimum Wage, therefore, like most European countries the need and culture for tipping has lessened slightly.

In some restaurants, a service charge is added to the bill, typically 10% or 12.5%. This should be noted on the menu, sometimes only for larger groups. If it is not, then the restaurant is acting unlawfully and it would be appropriate to ask that it be removed. Likewise, if you are unhappy with the service, you should also request that it be removed, explaining your dissatisfaction.

Where don’t you tip?

In Japan, you never tip as the nature of a tip is seen as a gift or a favour and can be perceived as an implication of servility. Similarly, it is not usual to tip in New Zealand

Where do you tip?

Everywhere else, if the service or cover charge is not already included.

Even in France, Italy, other European countries and Australia, where service is included, it is never embarrassing to leave a tip on the table for excellent service. In fact, where it isn’t required it’s all the more appreciated.

How much do you tip?

10% still seems to be accepted in places not already charging. In North America, less than 15% is not the norm. There are unpleasant stories of people being made to feel very uncomfortable in sit down restaurants for tipping 10% as many food servers depend on tips as an essential part of their wage.

It is usual to have wine with a meal and this can represent a significant proportion of the cost; do you base the tip on the total bill or just for the food?

But – and this is important – if you’re leaving a good tip, don’t make a big song and dance about it so the waiter will fawn over you while your guests look on adoringly. Do it discreetly and enjoy the feel good factor inside instead.

When shouldn’t you tip?

When the service really isn’t worth what they’re charging – asking for things that never arrive. But remember, what many people think of, as “slow service” is often more the kitchen’s fault than the waiter’s. And plates left on the table can be an attempt to disguise the impending 40-minute wait for the next course.

So, tipping, how do you do yours?