Home / NEWS / Hedgehog loses his spines because of stress-related alopecia 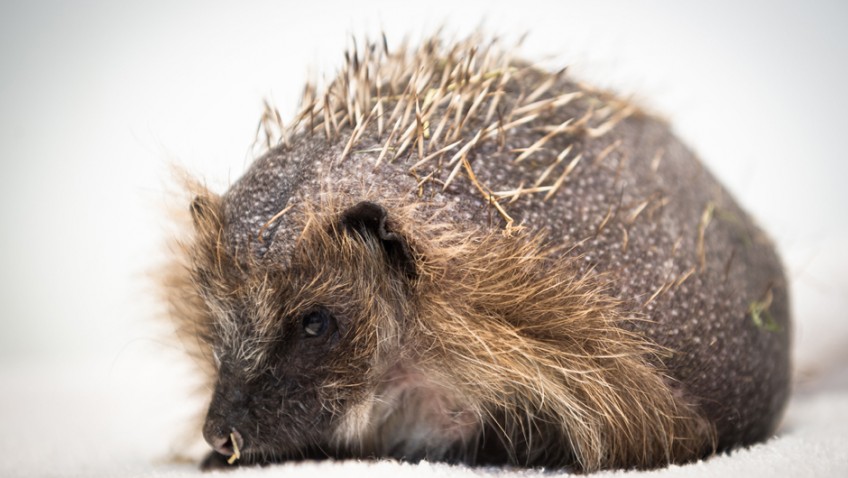 Hedgehog loses his spines because of stress-related alopecia

Derek the rescued hedgehog has been diagnosed with stress-related alopecia after losing almost all his spines.

The little critter, who should be covered with thousands of spines to keep him warm and to protect him, is believed to have lost his prickles because of his traumatic childhood.

Lynne Garner, who runs Herts Hogline, is hoping her hedgehog will regrow his spines so he can roam free again soon.

Lynne, a published author of children’s books and crafting books, said: “He’s a fighter and we really want to get him 100 per cent by March so we can release him back into the wild.

“He has a very strong personality. If I try to handle him he curls up and bounces around trying to hurt me with his spines but instead I just get hit with a little ball of warm, soft skin.”

Derek, who was named by staff at the A120 Veterinary Surgery near Little Hadham, had a rough start in life.

He was just a tiny hoglet – two or three weeks old and weighing 3oz (87g) – when he was found wandering in a back garden in Bishop’s Stortford, Herts., last September.

Lynne, 49, said: “He was smaller than a hamster at the time but he had an infected wound the size of a 5p coin that we think might have been caused by being pecked by a bird. 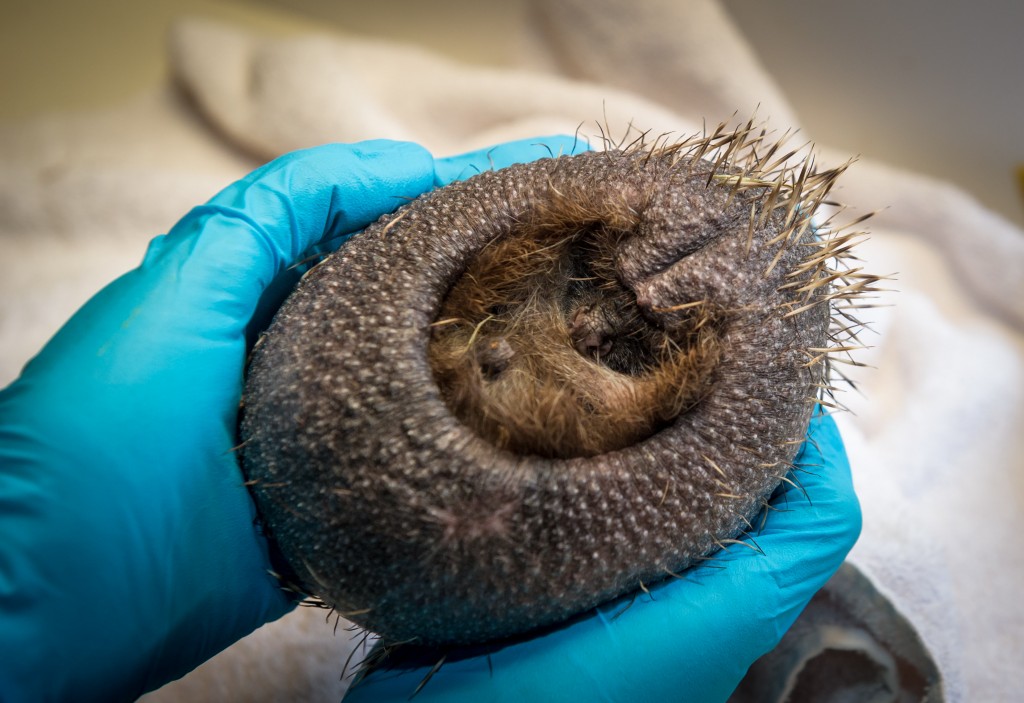 “We thought at first it was the usual suspects – mange or ringworm – that was leaving him bald but in the last few weeks the vet finally diagnosed him with stress-related alopecia.

“I’ve never seen this before in 25 years of looking after hedgehogs.”

“Because of the nature of the infection, it took us a month to clear it,” said Lynne, who has developed a close bond with the little hedgehog.

To reduce his stress levels Derek needs a larger, heated area to roam.

Lynne’s plea for help, including an appeal on Facebook, was answered by a local volunteer, Monique Blackford, who has an indoor run where Derek can be warm and safe.

“With the new run hopefully he’ll recover in the next two months and his stress levels will go down.”

Lynne has spoken to the British Hedgehog Preservation Society and other groups in a bid to find a more permanent treatment for the little mammal.

Hedgehogs are one of Britain’s most endangered species, with numbers dwindling from 35 million in the 1950s to around one million today.

“He’s a wild animal and we want to be able to release him as soon as possible.”

Westley Pearson, Director of Claims at Animal Friends, said: “Stress-related hair loss had certainly been observed in dogs, cats, humans and even bears, but this is the first time we’ve heard of it happening to a hedgehog. We wish little Derek the best in his recovery.”