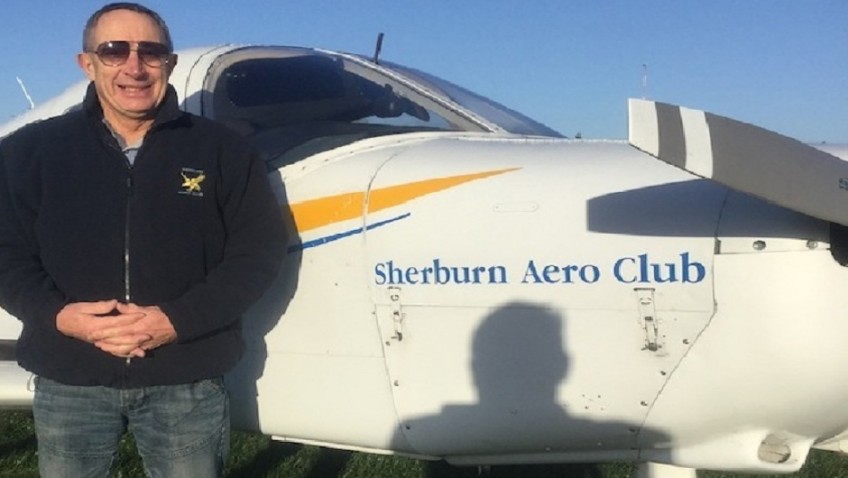 A retired commercial airlines captain from Leeds who had a double hip replacement was able to return to the skies just six weeks after surgery.

Peter Atkinson, who became one of the British Airway’s (BA) youngest captains at 29, has clocked up more than 19,000 flying hours during his career. Peter, now 72, works as a flight instructor at Sherburn Aero Club instructing private pilots. He specialises in teaching aerobatics.

Peter suffered from debilitating pain on and off for five years before having surgery. The pain was exceptionally frustrating for someone who is used to being physically active and likes to visit the gym four times a week.

“I was getting a lot of sciatic-type pain in my left leg, and was convinced it was to do with my knee,” said Peter. “It got steadily worse until I was having difficulty walking. Friends mentioned that I was limping, which I hadn’t realised.”

Peter’s GP sent him for X-rays, which showed the left hip was arthritic and had completely crumbled. He asked to be referred to Mr. Aaron Ng, consultant orthopaedic surgeon at Spire Leeds Hospital, who had previously performed a hip replacement on a friend of Peter’s. “I didn’t want to wait the 18 weeks quoted for a hip replacement on NHS and I chose to self fund my treatment under Mr Ng.”

Shortly after having his left hip replaced in December 2014, Peter started getting severe pain in his other hip. X-rays showed this joint was also very arthritic and needed replacing.

He underwent surgery for his right hip replacement in April 2015. Just six weeks after his second procedure he was given the ‘all clear’ from his doctor and was able to get back to his beloved flying. “When I first flew again it felt really good to be back to my work and the routines of life without a backdrop of constant pain.”

Peter had both procedures under a spinal block rather than general anaesthetic so was aware of what was going on throughout the surgery.

He said he experienced a small degree of post-operative pain for the first 48 hours, which was reasonably well controlled with painkillers.

Currently around 50,000 hip replacements are performed in the United Kingdom annually while worldwide the number is more than 300,000.*

Mr. Ng said, “When I first saw Peter he was walking with a marked limp and required the use of walking stick. His radiographs showed severe osteoarthritis with “bone on bone” appearance. For his operation, although Peter is over the biological age where this type of implant is usually used, I opted for ceramic on ceramic total hip replacement as he leads a very active lifestyle.

Peter describes his surgery as ”the best money I ever spent” and feels that because the right hip deteriorated so quickly after the left, he might have ended up in a wheelchair if he had decided to wait the 18 weeks for the operation on the NHS .

Within weeks, Peter was back at the gym, gradually building up his strength and is now fully mobile. He rides a motorbike, cycles, goes hiking and has even been trampolining with his three-year-old grand-daughter Grace since the surgery.

He said, “You have to do your bit and put in the effort to aid recovery in terms of both physical activity and the right mental attitude. The end result is well worth it!”

Mr. Ng, commenting on the results, said, “Peter’s outcome has been excellent. This is in no small part related to his determination to return to his active life. My job was to help him improve his quality of life. Total hip replacement is a relatively safe procedure which could be carried out under spinal anaesthesia and with enhanced recovery programme, the physiotherapist can mobilise the patient early and encourage a quicker recovery”

Peter added, “It has transformed my life. I feel I can now do anything I want to do, my flexibility has returned and I feel ten years younger! Best of all, there is no more sleep-depriving pain from a hip joint that’s lost all its cartilage and become bone on bone. No need for a walking stick and no worries about dislocating my hip while crossing my legs or bending down.”