Home / TRAVEL / DAYS OUT / Possibly the world’s most thrilling airline! 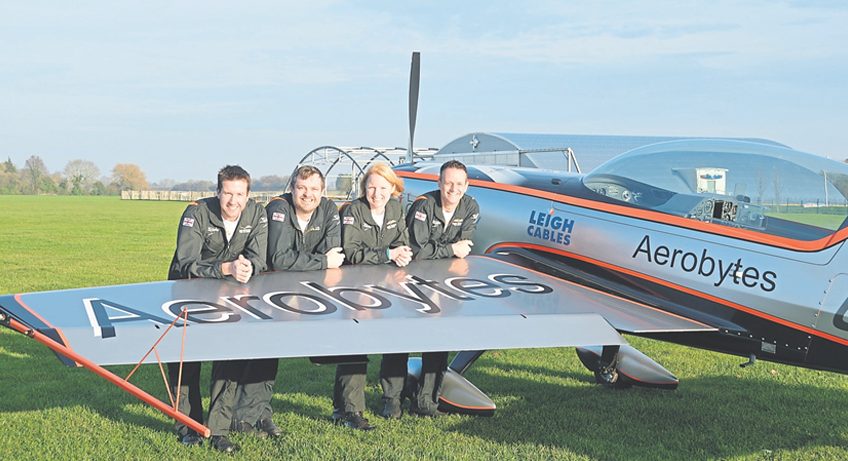 Possibly the world’s most thrilling airline!

When most people think of an airline, it’s of the fare passenger paying type that typically takes you on holiday to far flung, or not so far flung destinations.

It might be the one that you regularly fly with on business, or if you are lucky enough to own a holiday home abroad it might well be the means of getting to and from the said holiday home. The low-cost airlines are the ones that will spring straight into most people’s minds, or there are the so called ‘flag carriers’ – those airlines that we are all familiar with from days gone past when the era of air travel really was the golden era.

Whatever you think of when you think of an airline, it will almost certainly involve large planes that can carry hundreds of passengers around the globe.

Well think again! There is one airline, and it’s based here in the UK, that is thrillingly different; but it is an airline nevertheless.

It is fully sanctioned and authorised by the Civil Aviation Authority which means that it has to meet the same operational standards of the likes of British Airways, EasyJet, or any other airline that flies commercially into and out of British air space. 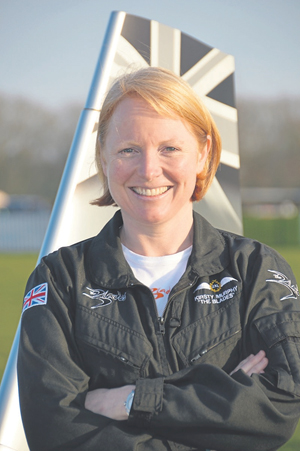 Blade 3, Kirsty Murphy being first ever, and to date, only, female ‘Red Arrows’ pilot

The airline is called ‘The Blades’ and it flies its four passengers in close formation aerobatics, with the planes just literally feet apart in the air, going through a full aerobatic routine and reaching speeds of up to 200 miles per hour.

Now I’m sure you’ll agree that you either have to be completely bonkers or an extremely skilful pilot to be able to fly this way, and luckily for those four ‘passengers’ it is the latter that is the case.

The team have in excess of 30,000 flying hours between them, and have flown approaching 4,000 displays throughout their careers – but that’s not all – they are all ex Red Arrows pilots, with Blade 3, Kirsty Murphy being the first ever female ‘Arrows’ pilot. What’s more all served operationally in the RAF earlier in their careers.

Now I must confess that I’ve always had a bit of a fascination about flying – not many people know that I was in the Air Cadets in my younger days and it was there that I experienced my first ever taste of aerobatics.

It was in a single engine plane used extensively by the RAF for training pilots called the de Havilland Chipmunk. A two-seater plane with a single, propeller engine at its front, it was a workhorse in its day, but it was also extremely reliable and was capable of literally being ‘thrown around’ by its pilots in the sky.

Imagine if you can, me as a ‘yellow faced’ 15-year-old air cadet in the hands of an experienced, and probably slightly masochistic, RAF training instructor up in the air about to do aerobatics for the first time.

Well that plane was put through its paces as was my stomach; I swear it was the instructors intention to get me to use the ‘sick’ bag, but of course he failed, and ever since that day I vowed that I would have that experience again.

And thanks to The Blades I did! 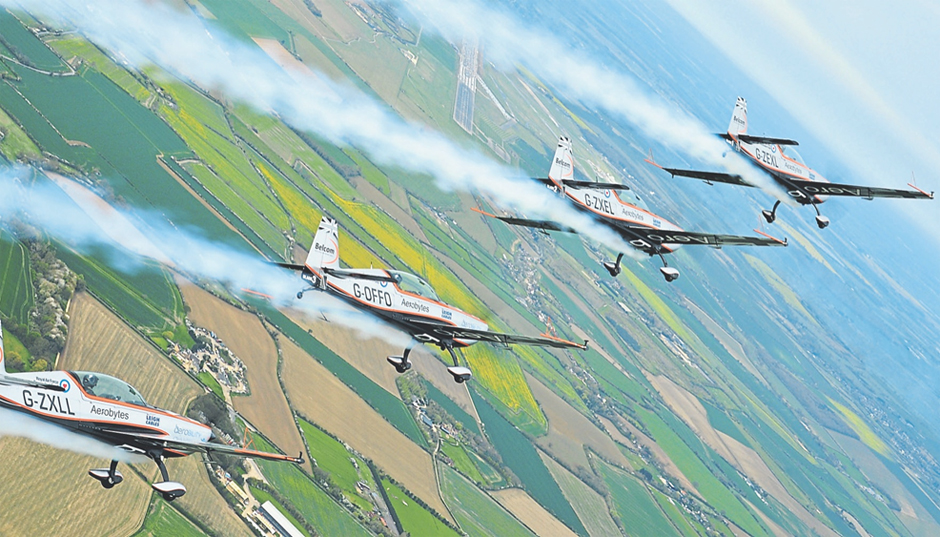 Imagine the memories of flying with close friends or relatives literally just a few feet away from you whilst you ‘loop the loop’, ‘stall turn’ or undertake any of the other highly skilled manoeuvres that are flown by the team – it certainly beats queuing at Stansted to get that ‘budget’ flight!

Your flight is videoed for you as well, so you can watch back and relive your experiences.
Your aerobatics last about 15 minutes, but it goes by so quickly you can easily forget what you have done.

Meanwhile, the coup de grace comes at the end of the day when you get your very own private aerobatics performance where the team perform their full ’display’ programme literally right above your heads! 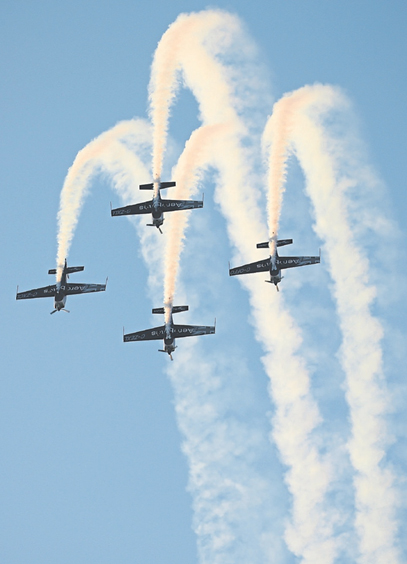 But that’s not all, on a day with The Blades, you get your very own helicopter flight as well as the chance to see how good you are at hovering literally just feet above the ground whilst you are looked after by ‘real life’ air hostesses who are normally more used to serving business and First Class passengers. The pilots are fully accessible throughout the day as well. It is fascinating to meet them and talk about what they do, how they do it and listen to their passion for flying. You certainly come away from that knowing that you are in safe hands.

And guess what – there’s a not a budget airline ‘scratch’ card in sight!