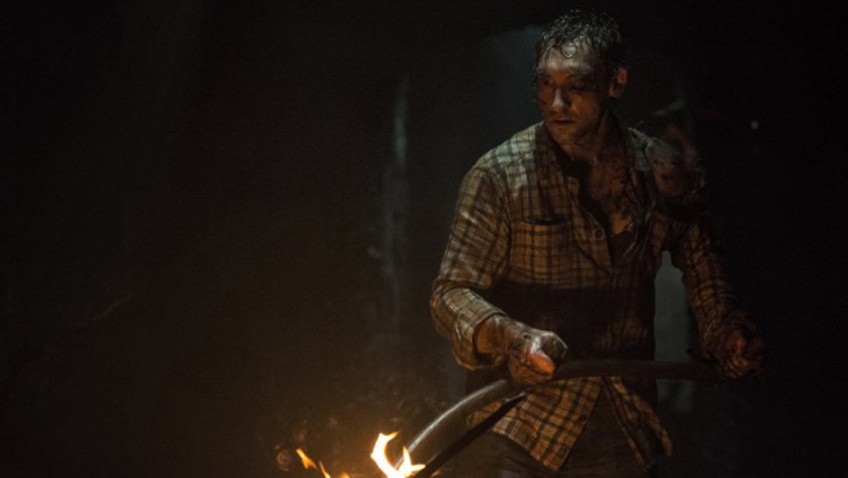 The Hallow should be a cause for celebration. It is not only a British feature film debut, but Writer/Director Corin Hardy sets his horror/thriller in remote Ireland where the locals believe in the Celtic folk tales that WB Yeats made famous in two books, several plays and in his famous poem, The Stolen Child.

But the promise of an original, spellbinding film based on Yeats’ cultural writing soon fizzles out, along with all hope of an entertaining film.   What follows is a clichéd and incomprehensible smorgasbord of horror genres, a sometimes deranged husband who seems to feel no pain, and a conspicuous absence of common sense.

London-based conservationist Adam (Joseph Mawle) and his pretty wife Clare (Bojana Novakovic) move into a rambling, rather ramshackle old house in the middle of nowhere with their baby son and their dog – as 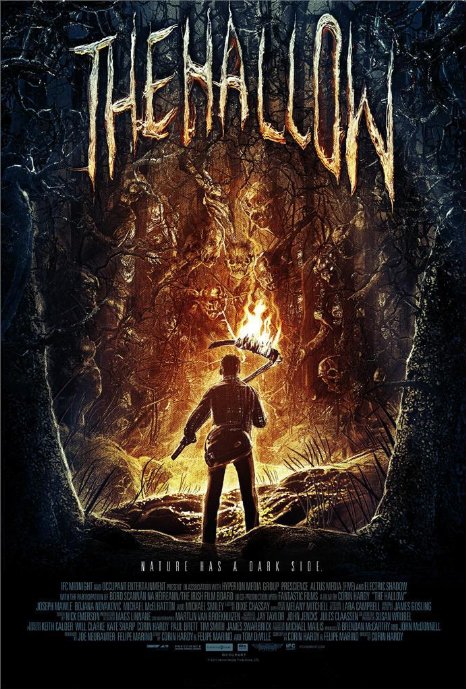 you would do.  Hardy’s film starts out like Straw Dogs (Hardy borrows freely from a host of his favourite films), but in place of sinister local thugs, they have a sinister neighbour who, like Yeats’ peasants, believes that his child was stolen by woodland creatures who resent human interference.

Adam, a scientist, has no intention of heeding the warning of the hostile locals who advise against tampering with the woods for fear of reprisals.  When Adam brings a gooey dark liquid extracted from tree bark into his home laboratory he gives no thought to the myths. The syrupy substance seems to spread, although exactly what it is and does and why it is sometimes in remission is left to our imagination.

Very soon strange things are happening. Adam’s car is destroyed by the syrupy substance, the house falls apart and oozes dark liquids, and the house is invaded by unseen forces. A visit from a lone police officer (who says he does not believe in the myths) is a one-off and he is never called again, even when lives are in imminent danger.  Eventually Adam is hacked up by monsters whose relationship to the tree liquid is anyone’s guess.  Then, Adam is hacked up again by Clare, now acting in self-defence.  Although he should be dead, Adam barely reacts to the excruciating pain.

Clare does a lot of running around in the woods and fields but does not search for a road or a public phone (just why no one has a mobile phone is not clear).  Clare does seek out their hostile neighbour, but when he refuses to give her and the baby shelter, she does not ask him to at least call a taxi or the police.

Most of the second half of the film consists of zombie-like creatures and monsters that look conspicuously like the director’s friends in Lycra bodysuits and Halloween masks.  Any link to Yeats’ fairy lore is long gone. This is a shame as there is in the W B Yeats poem, The Stolen Child, has the makings of a good supernatural thriller: