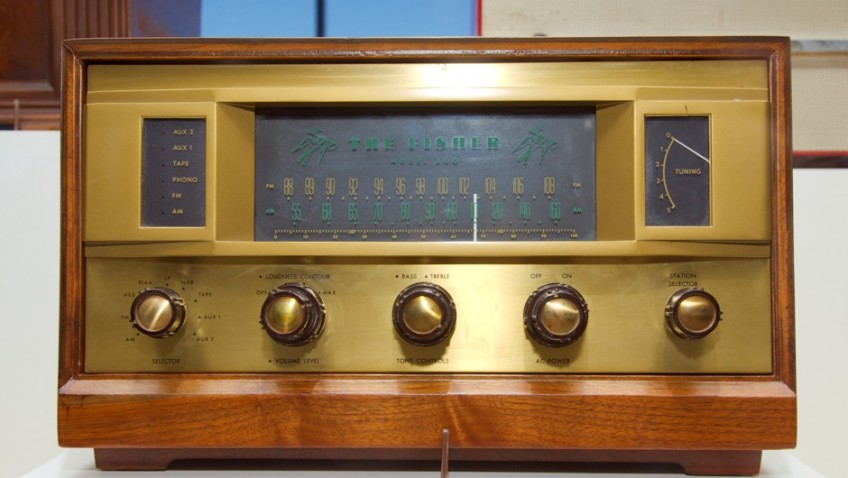 The golden age of radio

During the 50s very few people had televisions and the radio was the main source of broadcast entertainment.

During the early part of the decade Britain was still experiencing a wartime hangover with rationing and the privation of so long without luxuries meant that radio was often geared to leaving your troubles behind you and being jolly.

In those days there were only three BBC radio channels:

The Light Programme which was an assortment of general light entertainment, comedy and drama

Some programmes, such as Workers Playtime which began during WW2, were still running from ‘A factory somewhere in England’.  Celebrities of the time would turn up at a factory canteen to entertain live.

Singers were accompanied by Piano only and this was in-between comedians such as Arthur Askey, Tommy Trinder, Charlie Chester and Ted Ray the popular entertainers of their day.

Morning Radio was aimed at wives and mothers, as very few women had careers, with programmes such as ‘Housewives’ Choice’, ‘Music While You Work’ and ‘Mrs. Dale’s Diary’ (an early soap).

The afternoon radio was more relaxing and there would be a lunchtime light drama almost every day, seen as time for the hard working housewife to put their feet up before the kids coming home and preparing herself for the return of their husbands from work.

Evenings were a mixture depending on what Channel you preferred. In Sport, live Boxing was very popular and these fighters were more folk heroes to many. Band Shows were thriving still with Billy Cotton and Victor Sylvester leading the way.

There was also ‘Vic Oliver presents In Town Tonight’ which was a national institution from 1933–1960; an early chat show including reviews and celebrity gossip.

On Saturday evenings we had the husband and wife pairing of Jack Hulbert and Cicely Courtneidge who performed short parodies mixed with light music, forerunners of Richard and Judy.

When that wasn’t on, ‘Variety Playhouse’, another light entertainment programme with sketches and skits, was being listened to. This featured such stars as Cyril Fletcher, Elsie and Doris Walters and Arthur Askey again.

Sundays was Family Favourites and The Billy Cotton Bandshow day. These were always followed by a comedy series at lunchtime. Programmes such as ‘The Navy Lark’ (Lesley Phillips). ‘Hancock’s Half Hour’, ‘Life with the Lyons’ and ‘Beyond our Ken’ (later to become ‘Around the Horne’) with the now folk legend, Kenneth Horne.

Radio was a medium which was strictly monitored.  There wasn’t much experimentation and censorship was tight for was for security reasons. The world had gone through a devastating conflict and with The Cold War building up, serious stuff was for the news only; around the news was entertainment and escape.

In 1950s children’s radio was very limited probably because in those days children were usually playing outside or doing their homework.

‘Listen with Mother’, a short 15 minute slot at about 1.45pm every day was for the youngest of listeners. This consisted mainly of a short story, some Nursery Rhyme reading and a song.

Again, a chance for Mother to have quiet time between the chores and hoping the little one would doze off and allow her to listen to the afternoon Play!

However, on a Saturday morning from the mid-fifties came ‘Uncle Mac’, who hosted the very popular ‘Children’s Favourites’.

This brings back so many memories. You’d sit through the whole programme waiting to see if your personal favourite would be played.  Most requested music and songs included  as ‘Peter and the Wolf’, ‘Ugly Duckling’, Gilly Gilly Ossenfeffer’, ‘She’ll be coming round the mountain’, ‘The Runaway Train’, ‘Teddy Bear’s Picnic’ ‘Nellie the Elephant’, ‘A windmill in Old Amsterdam’, ‘Sparky the magic Piano’ and my favourite…’Tubby the Tuba’! I can still hear them in my mind now!

Many of these early programmes have gone on to become national institutions such as Letter from American which was read by Alistair Cooke from 1946 until his death in 2004 and remains the longest spoken broadcast show.  The hilarious Goon Show was first aired in 1950 and is still re-broadcast on Radio 4 Extra today.

Some programmes are still on and still remain hugely popular.  Desert Island Discs, first devised by Roy Plomley in 1942, Woman’s Hour, Sports Report, Any Questions, Gardeners’ Question Time and of course The Archers, all started in that golden age and are still relevant and loved in the digital age.

What do you remember of early shows and do you still listen to the radio?