Home / LIFESTYLE / What a catch 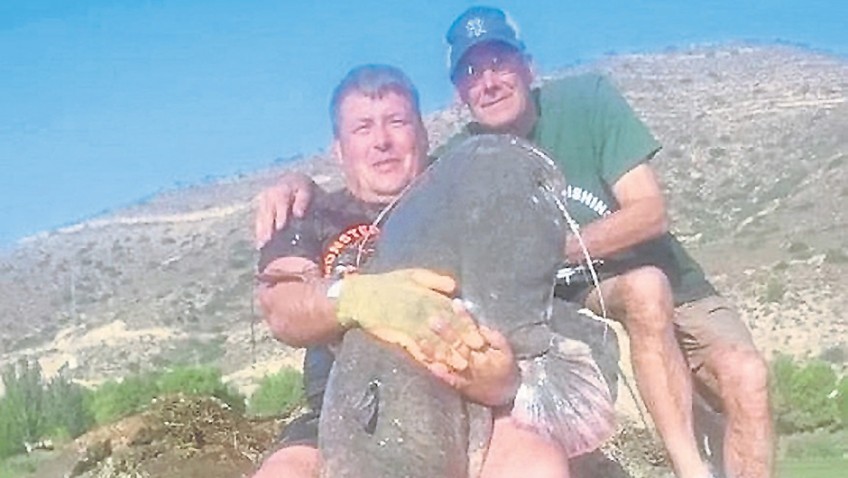 A fisherman had the fight of his life after he hooked a giant catfish that weighed more than him – a massive 14st.

Trevor Hart, 70, wrestled with the fish for 45 minutes before hauling it out of the water where it weighed in at a staggering 198lb.

He caught the enormous fish on a special ‘lad and dad’ fishing trip to Spain organised by his son Nick.

Nick said: “My dad has been fishing all his life but the biggest fish he caught before this was a 16lb pike. He usually fishes in Chesterfield in the local pond.

“The fish was bigger than my dad. He’s 6 foot and weighs about 60kg but this fish is 90kg. It was very comical really.

“He was looking at the fish as if he’d won the lottery. It was a dream come true.

“It was really exhausting and he was knackered for the rest of the day. He needed a big sit down and a beer.”

The pair got the ferry from Portsmouth to Santander before driving to Mequinenza in Spain for four days fishing on the River Ebro with Monster Catfishing Tours.

Mechanic Nick of Chesterfield, Derbys., said: “I used to fish with him a lot in pike matches but it’s slowly died off as I’ve got my own family and started my own business.

“We’d been looking at big fish like this in the Angling Times for a long time and always wanted a go but I didn’t have the finances.

“I thought I’d organise a road trip over there to do some fishing as a way of saying thank you to him.”

Nick managed to catch his own 165lb monster catfish the day before, but says his dad was thrilled to have beaten him.

He added: “When he caught the giant fish he let out a big sigh of satisfaction that he’d beaten me and he knows this is probably impossible to beat.

“He’s going to go to the grave knowing that I’ll never beat him.”