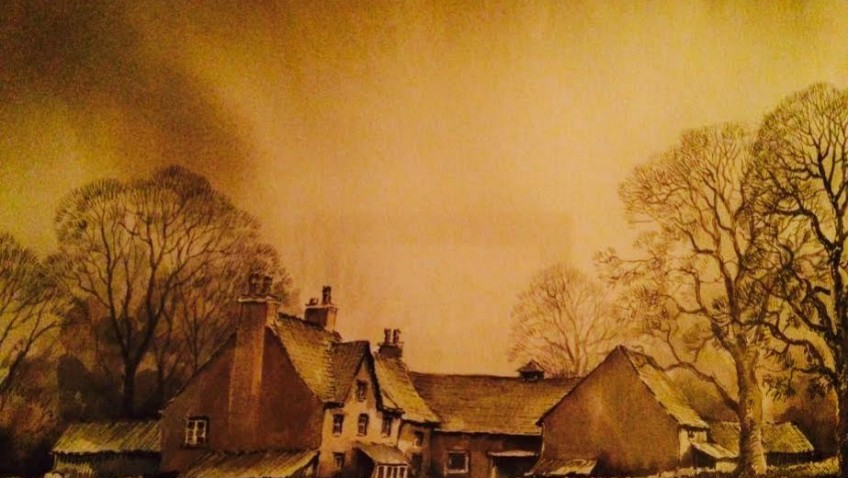 Hi, my name is Gordon Allen. I am trying to contact people who may have known my Father George Allen or people who own, or know the whereabouts of any of his watercolour paintings.

Unfortunately, I did not have very much contact with my Father during the last 20 years of his  life. He had been a part time Artist for a long time, being actively involved with Art Societies in his Local area, Cheshire, and I knew he had begun to sell quite a few paintings and had quite a large local “fan club”.

I have some paintings which were left to me when he died but apart from that, his art became forgotten since he died 23 years ago. However last year I noticed a readers letter in a local publication from a lady saying she had a watercolour by an artist, George Allen and asking for anyone to contact her for some information about him. I went  to see her and confirmed it was one of fathers’.

After this I began to do research into his life as an artist, and it became apparent he was a far more prolific artist than I had realised. With articles placed in local Cheshire publications asking people to contact me, I began to see he was far more popular than I thought, one person contacted me saying they had bought 8 between 1977 and 1985!

The next step I took was use the internet to search and this led to more people contacting us, but now from all over the UK and abroad. We have not only had contact from individuals but also Art Dealers and Art Galleries. We have discovered that as well as selling paintings himself, he was contacted by a very prominent Art dealer around 1976 who spotted his talent, and commissioned him my father to supply him with paintings on a regular basis which were then sold world wide. a lot were exported to the United States.

With the help and enthusiasm of some of the people we have made contact with, I have recently formed the George Allen Appreciation Society and already have 53 members. Our aims are to make  contact with more owners of his work or contact with anyone who can give us more information about him. We are trying to put my Fathers art to good use. We have recently published  prints of some of his work which we now sell to help raise funds for Charity and plan to publish a book on his Art and life.

From the information I have up to now,  I estimate that over the last 25 years of his life, he painted between 3000 to 5000 and I am convinced that a lot are still in this country. Readers of your paper will be of  an age group  who may remember or have some knowledge of my father or may even have one  of his paintings on their wall right now.

We recently had some articles in our local paper which you may like to see. Please google Sale and Altrincham Messenger George Allen Watercolour Artist. http://george-allen-watercolours.co.uk/