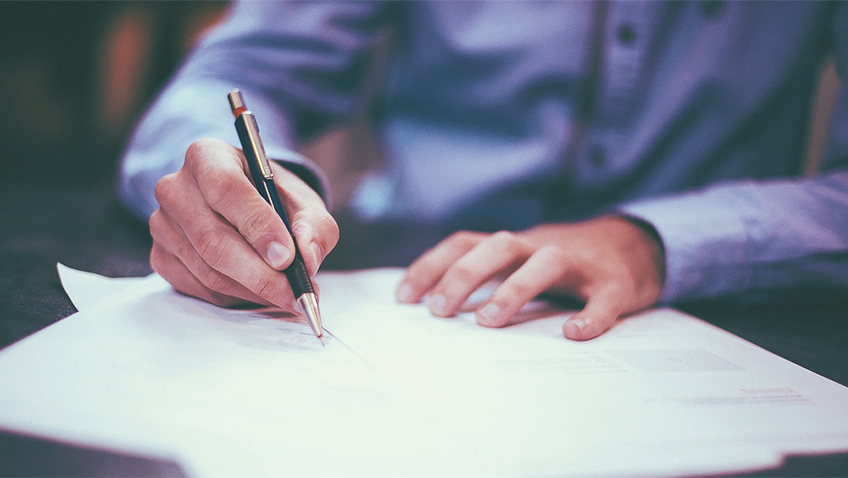 Shortly after Brian Greenley was diagnosed with Stage 4 cancer, he was introduced to Alison Hitchcock, who surprised herself by offering to write to him throughout his treatment, even though she had only just met him.

The 100+ letters she wrote to him changed both of their lives and led to the creation of From Me to You, a campaign to encourage people to write letters to friends, family and strangers who are suffering from cancer. This inspiring campaign offers people a way to keep a connection at a time when they may feel most disconnected and tackles the social isolation so often experienced by cancer patients.

From Me to You run letter writing workshops, speak at events and festivals and campaign for people to rediscover the art of letter writing, specifically to cancer sufferers. Their website hosts writing tips and inspiring stories from letter writers and receivers.

The From Me to You “Donate a Letter” project invites people to write anonymous letters to cancer patients in hospitals across the UK. The charity receive over 100 letters every month, coming from all corners of the globe.

When Alison first offered to write to Brian, he was only an acquaintance. Now the two of them are best friends and both acknowledge that the letters have changed both their lives. Brian, six years clear of Stage 4 bowel cancer, writes a health and wellbeing blog for men over 50 and says that Alison’s letters – funny, warm, entertaining and inspirational – were a huge source of support and comfort during his treatment and subsequent recovery.

Brian said: ‘Alison’s letters were about very everyday things. They kept me connected with the real world, a world beyond my cancer. And when we met up we had something to talk about which wasn’t about my health. Her letters helped keep me sane.

‘Alison would time her letters so I could take them with me to my chemo sessions. They distracted me and made me smile.’

In September 2016, Brian and Alison were recorded talking about the letters for Radio 4’s The Listening Project, which was chosen for broadcast on Christmas Day. Inspired by the enthusiasm of the production staff at the recording, they have now set up From Me to You, which has already become a full-time project for the pair.

‘People are shy and often embarrassed about writing letters to someone with cancer,’ says Alison. ‘We aim to show them not only the huge difference that receiving a letter can make to the patient, but also how to overcome the fear of not knowing what to say. People come out of our workshops with a completely new way of approaching the issue.’

Of her own letters to Brian, Alison recalls: ‘When Brian told me he had cancer I felt helpless. Thinking that something as simple as a letter was brightening his day made me feel I was doing something for him.

‘I loved the time I took to write the letters – it was space in the day just for me, and knowing I was doing something for somebody else made me feel good.’