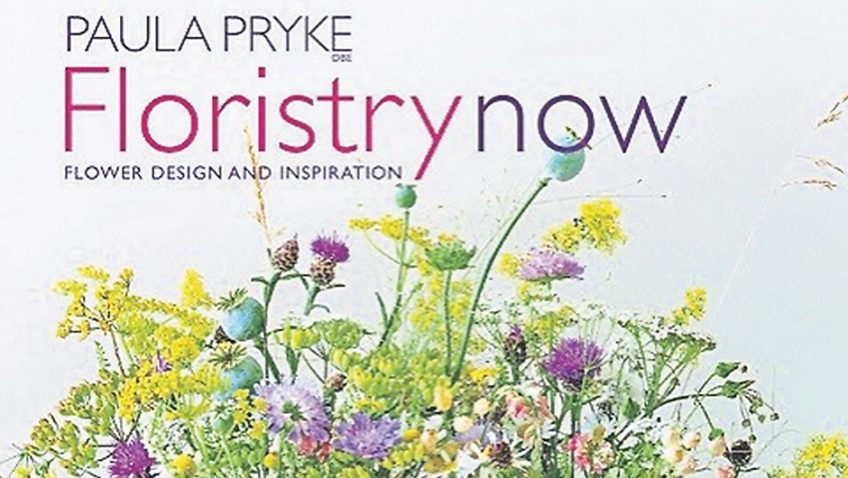 This is the latest book from the renowned florist and floral design expert, Paula Pryke. Her work has long been acclaimed as exciting, innovative and creative and her use of colour and form is second to none. Paula’s deigns are bold, colourful and exciting in equal measure.

Having spent over 30 years in the flower industry, Paula uses this book to share her design secrets with the reader, aiming to inspire and educate at the same time.

It is her personal insight into how to use flowers artistically today. As she says, floristry is like fashion and what goes around, comes around but what remains constant is the enduring appeal of flowers. Each season brings its own floral rewards; we just need to hone our skills and creative imagination.

Paula tells us from where she has taken inspiration, from nature itself, to art and fashionable trends such as the impressionists, Constance Spry and Scandi design. Sections on how to create style and structure are informative and inspiring, encouraging the reader to be bold and visionary. The section on seasonal palettes is particularly good. Here Paula arranges blooms in specific palettes ranging from best spring pastels to best winter whites along with tips on preferred varieties and suggestions on how best to use them.

The Working with flowers section takes up about half of the book and is full of useful advise on using specific flowers to wonderful effect and in using less familiar garden produce such as fruit and vegetables in floral designs.

The book is wonderfully illustrated throughout with stunning photographs that are an inspiration in themselves. Showing just how much flowers can enhance and enrich our homes and lives, it is a veritable feast for the eyes and the imagination. Whether you’re an enthusiast, amateur, or a novice, if you’re passionate about flowers and want a comprehensive book that covers all bases, then this is for you. Highly recommended.

Floristry Now: Flower Design and Inspiration by Paula Pryke OBE is available in Hardback from Amazon at £19.99

The power of flowers

Using flowers to decorate our sacred places and homes goes back thousands of years and was practiced by the Egyptians, Greeks, Romans and Byzantines’. Archaeological and historical archives record that the Egyptians are the first recorded civilisation to actually arrange flowers in vases and to make funerary tributes.

In early medieval northern Europe monastic communities grew herbs and flowers for decorative and medicinal purposes, just like Brother Cadfael. As fortified houses gave way to more domestic dwellings during the later medieval period in the UK, flowers were more widely used, probably more for their perfume and therapeutic qualities than their looks.

One of the most bizarre economic events in recorded history was that caused by Tulip Mania in the 17th century.

The tulip, a native of Central Asia, was originally cultivated by the Ottomans and made its way to the Netherlands at the end of the 16th century. The Dutch enthusiasm for all things tulip related was born and by the mid 17th century the bulbs were seen as the ultimate symbol of wealth and good taste. They were so expensive that they were used like currency and at the peak of the craze it was said that a single bulb could be sold for the same price as a house in Amsterdam. When the tulip bubble inevitably burst the market crashed, bankrupting many in the process.

The plant hunters of the 18th and 19th centuries were adventurers who, at their own personal risk, brought back live specimens and seeds transforming what could be grown in gardens and glasshouses. Their passion fuelled scientific and cultivation research, giving us many of our garden flowers of today and contributing to the establishment of the Royal Horticultural Society in 1804 and the development of botanical gardens across the UK.

The British had started growing flowers commercially in the 18th century and this sparked the building of greenhouses and hot houses on most country estates to provide the ‘big house’ with blooms all year long. Choosing the flowers to send a secret message became fashionable in the UK following the observation of the practice at the Ottoman Sultan’s court by Lady Mary Wortley Montague in the early 18th century and became particularly popular during the Victorian era.

In the language of flowers snowdrops mean hope, daffodils unrequited love and did you know that primroses mean I can’t live without you? The Victorians developed a lavish (and some would say ostentatious) style in most decorative arts and flower arranging was no different, with huge overflowing displays widely seen.

Over the centuries the style of arrangements has changed, as has the flowers we use but the tradition of choosing flowers for their meaning and perfume, as well as for their aesthetic appeal, remains. Flowers are nature’s pick-me-ups and can really lift the spirits even on the dullest of days.

With spring fast approaching, bulbs are beginning to show themselves in our gardens and parks and perhaps its time to think about bringing the outside in and enjoying a true breath of spring. As a hobby, floristry and flower arranging combines creativity and craft, allowing you to fashion unique and beautiful creations.

Cutting flowers and greenery from your own garden, or picking up a few blooms from the market, and arranging them in whatever container takes your fancy is both absorbing and rewarding and need not cost the earth.

So, unleash the power of flowers in your home and reap the rewards.