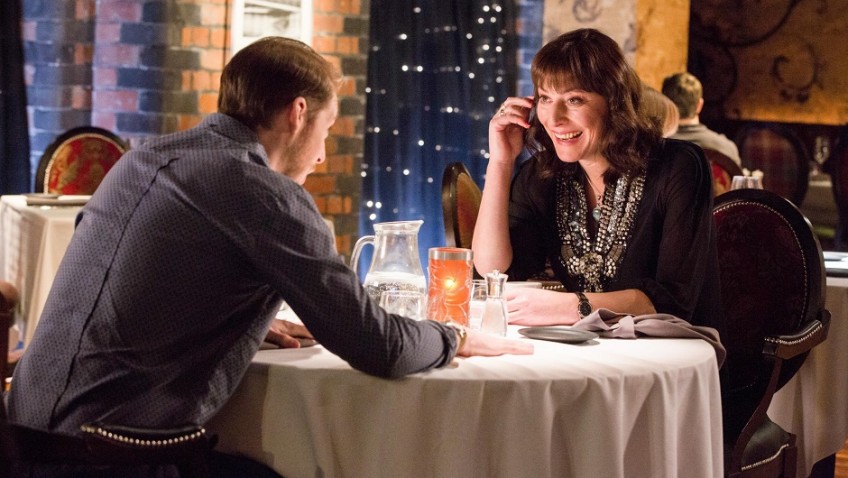 BOY MEETS GIRL (Acorn). He is 26. She is 40. So there’s the question of age and then there’s the question of gender. She’s transgender. Rebecca Root is totally upfront. “I was born with a penis,” she says on their first date. Harry Hepple, engagingly naive and laidback, takes it remarkably well. But how would you react if you were his parents? Could you take it in your stride? Would you be like Northern mum (Denise Welch) or would you be like Northern dad (Nigel Betts)? Elliott Kerrigan’s sentimental and compassionate script gently explores their relationship without any prurience. All sex scenes take place off-screen. The performances are first-rate.  BBC2 is already talking of a second series.

POMPIDOU (Acorn). Matt Lucas is a brilliant comedian and Little Britain, which made his name, is one of the best and most memorable British comedy series. Pompidou (an impoverished, blustering, dotty aristocratic) is his latest creation and a worthy successor to his other characters. The language he speaks is non-stop gibberish; but it’s a gibberish which is easy to follow. (It would be fascinating to see the script.)  In Little Britain Lucas played seven oddballs. Here he plays only one character and one character is not enough for six half-hour programmes. It is also a gross (and I mean gross) mistake for Pompidou to be seen in his underpants: it’s so repulsive you will want to shut your eyes.