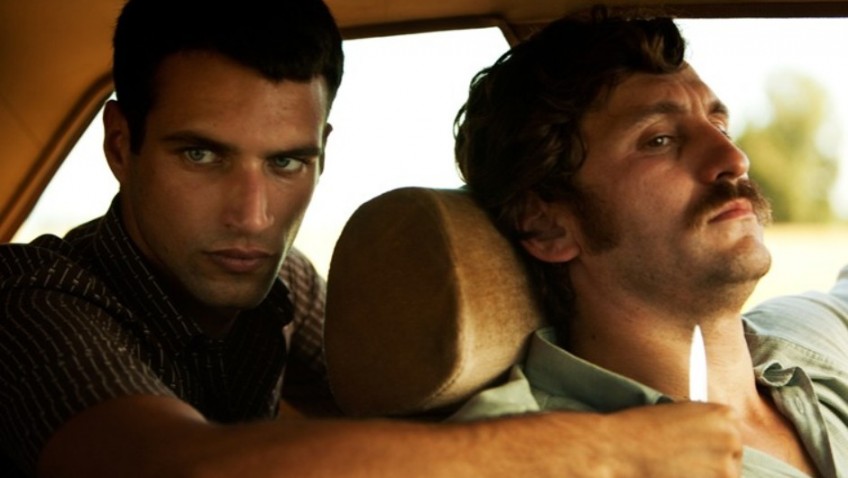 MARSHLAND (Altitude). Alberto Rodriguez directs this superior thriller which is set in Spain in 1980, a time of political upheaval and corruption. Democracy isn’t working. The military is in power and Franco’s brutal legacy still holds sway. In Villafranco, a small remote town, from which everybody wants to escape, two teenage girls have been murdered. Two homicide detectives from Madrid are sent to investigate: politically opposite, one represents the old regime (Javier Gutierrez) and the other the new regime (Raul Arevalo). Jesus Castro is cast as the villain.  He has star quality. The opening images for the credit titles are particularly striking.

THE TRIBE (Metrodome). The dialogue is entirely in Ukrainian sign language. There are no sub-titles, no music, and no voice-over. The only sounds are traffic and footsteps. The rest is silence. All the characters (and the actors who play them) are speech impaired. A newcomer to a boarding school for deaf teenagers in Kiev discovers that the pupils are thugs, louts, thieves, vandals, rapists. The woodwork master runs a prostitute racket for lorry drivers using the schoolgirls. The newcomer (Grigoriy Fesenko) turns pimp. The brutality is such that  Myroslav Slaboshpytskiy’s ambitious, disturbing film is neither easy nor pleasant to watch.

THE KRAYS KILL ORDER (Metrodome) is a documentary by Chris Matthews. The twins reigned in the East End from 1950 until their arrest in 1968. Ronnie (out of control, paranoid, sick, schizophrenic, scary) and Reggie just loved the celebrity their crimes brought them and were on good terms with Tom Driberg and Lord Boothby. There are interviews with friends and enemies. Former associate Freddie Forman and ex-model Maureen Flanagan are particularly articulate. Rival ex-gangster Eddie Richardson contemptuously dismisses the bisexual twins saying they were brainless small-time crooks pretending to be gangsters.

REMBRANDT (Network) is a portrait of a bankrupt painter, twice widowed, who died in poverty, and was rejected for not painting “properly”. Charles Laughton was always good with larger-than-life characters. He had just played Henry VIII, Inspector Javert and Captain Bligh with great success.  He looks a bit like the Dutch painter and he looks as if he might be able to paint, too. Vincent Korda’s sets, based on Dutch paintings, look very stagey. Laughton’s wife, the wide-eyed Elsa Lanchester, plays Rembrandt’s sweet second wife. Laughton blamed Alexander Korda, director, and Carl Zuckmayer, screenwriter, for the film’s artistic and box office failure.