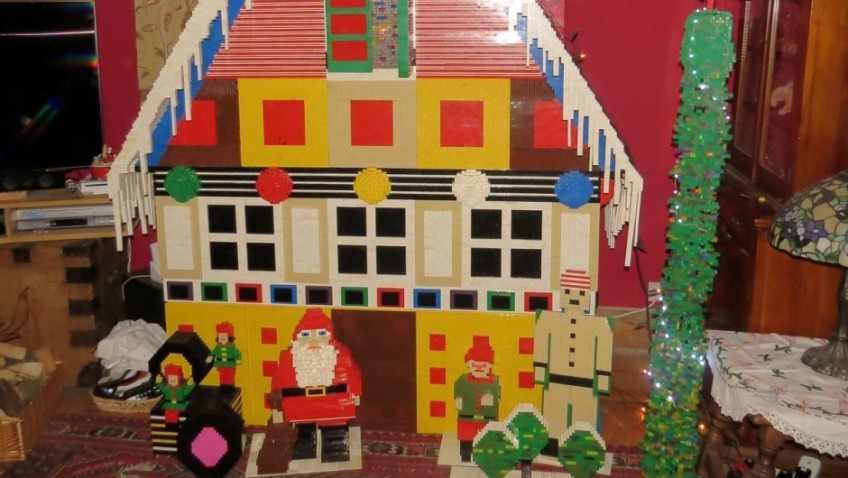 For the last 20 years Mike Addis and wife Catherine Weightman have whiled away the dark winter evenings making huge creations from Lego.

This year in an attempt to entice their children to join in, they told them they would build anything they wanted – as long as they helped.

Tom, 22 and Christopher, 16, decided they wanted to build the Death Star from Star Wars, but their parents told them only if if was festive.

Their daughter Holly, 19, has sworn off Lego and does not get involved in the annual event. 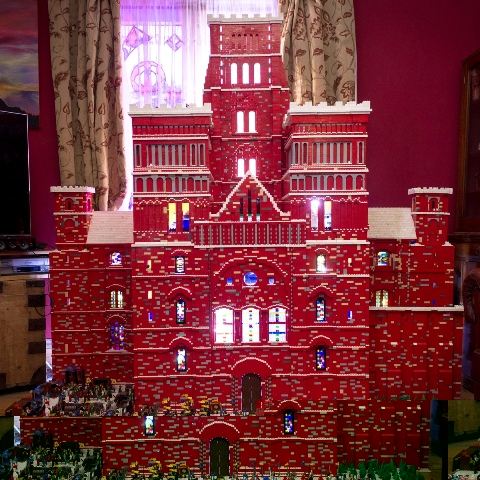 Mike said: “Every year we try to get the children involved, so we said this year we will do anything you want, but you have to help that was the rule.

“We always make sure it has a festive theme, so they said Death Star. We agreed as long as we could make it Christmassy, but they refused. It had to be Death Star.

“So we said no, and they haven’t been involved in it. They are still Lego fans but they don’t like the big builds that we do.

“My daughter Holly wants nothing to do with it, she hates it with a passion. She’s quite glad she is away at uni at the moment.

“They liked to be involved when they were young, but they started to go off it as they got older.

“We used to make them build a row of Lego as a punishment sometimes or if they wanted to go out, to get them to help with the models.”

Previous creations have included a giant Dalek, Father Christmas, a gingerbread house and a model of their own home. 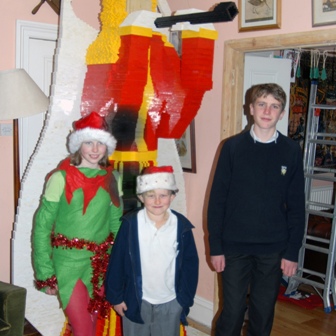 But this year they have made their biggest yet with a huge scale model of the western wing of Durham’s Norman-built masterpiece.

It takes up nearly all the living room at their home in Huntingdon, Cambs, but the couple plan to keep it up through Christmas before demolishing it at a party on Twelfth Night.

Mike added: “It does dominate the living room.

“We got the idea because Durham Cathedral is building its own model as a fundraiser and we pinched it.

“It went pretty much to plan although it was a bit more intricate than we thought it would be.”

The couple chose the cathedral because Catherine, who works for Natural England, grew up in the city.

They had to buy Lego bricks from a specialist website to complete the model with parts coming from Denmark, Germany, France and Eastern Europe.

The couple worked from photographs and Catherine’s dad Neil, 74, helped with the designs.

Construction on the huge model started in October and took just over a month to complete.

Durham Cathedral is raising funds by asking people to donate £1 towards one of 350,000 Lego bricks for their own model which is 12ft 7in wide and 5ft 6in high.