Home / LIFESTYLE / REVIEWS > / DVD REVIEWS / A feisty commoner determines to marry a prince – now who does that remind you of? 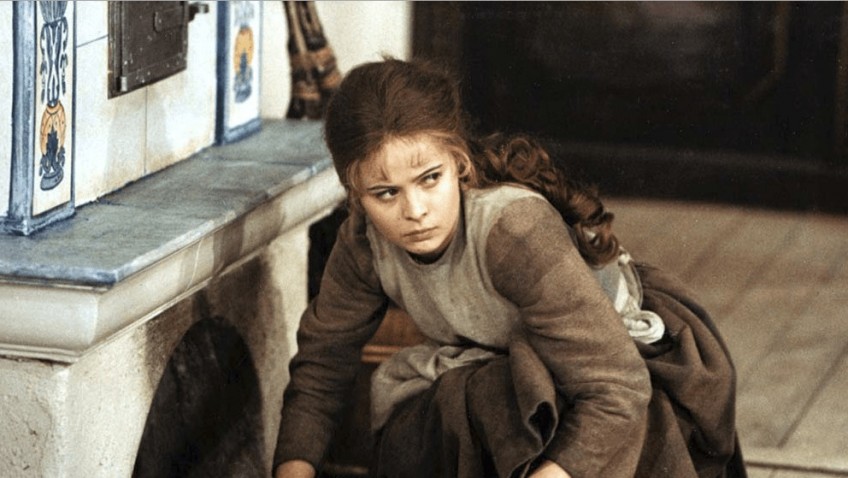 A feisty commoner determines to marry a prince – now who does that remind you of?

THREE WISHES FOR CINDERELLA (Second Run). Do children today still read the fairy tales of Perrault and the Brothers Grimm? My guess is that they know Cinderella only from pantomimes at Christmas and the Walt Disney cartoon. This gentle Czech version (nothing Grimm to frighten the kids with) is directed by Vaclav Vorlicek. Also known as Three Nuts for Christmas it is well worth seeing because it is different. It dates from 1973 and is hugely popular in Europe and regularly shown on TV on Christmas Day. Anything the callow Prince can do, spunky, feisty Cinders can do better. She determines to marry him before he decides to marry. Pavel Tavnicek is just a pretty face. 19-year-old Libuse Safrankova is much more mature and she can act. 40 years on she is still filming and a much loved actress in Czechoslovakia.

THEO & HUGO (Peccadillo). Directed by Olivier Ducastal and Jacques Martineau this French film, shot in real time, 97 minutes, is a romantic love story and a health warning. Hugo, HIV positive, (Francois Nobot) and Theo, HIV negative, (Geoffrey Couet) have sex without protection. They bike to a hospital for emergency preventative treatment. This scene plays like a documentary. The doctor really is a doctor, not an actor. The boys then take a nocturnal walk through the empty streets of Paris. I was reminded of Richard Linklater’s Before Sunset and Andrew Haigh’s Weekend. The two actors are totally at ease au naturel. The extended opening sex scene is very explicit.

THE MAN FROM LARAMIE (Eureka). James Stewart is seeking the man who sells rifles to the Apaches and revenge the death of his cavalry brother who died in a massacre. This 1955 Western was the last Stewart and Anthony Mann made together and it feels like a dummy run for the “King Lear Western” Mann wanted to make but never did. Donald Crisp is the cattle baron with two sons: one natural, the trigger-happy Alex Nicol, who shoots Stewart in the hand at point blank range, and the other adopted and more reliable, Arthur Kennedy. Jack Elm has only one tiny scene and makes an instant impact, boasting how corrupt he is.

THE LORDS OF DOGTOWN (Eureka) is about skateboarding in Venice beach in California in the 1970s. A summer drought means family swimming pools have no water and this makes them ideal venues for skateboarders to practise their skills. Heath Ledger heads a cast of scruffy, unappealing, tiresome, bare-chested, long-haired teenagers who behave badly, trespass and vandalise. Ignore the acting and concentrate on the skateboarding – if you like skateboarding that is.

ALMOST HOLY (Artificial Eye) is a grim documentary about life in Mariupol in Ukraine and not liable to be on any tourist agenda. The film concentrates on Gennadiy Mokhenko, a loving pastor and burly activist, who hauls children off the streets and into rehab and away from abuse and drug-dealers.. The kids, homeless, orphans and drug-addicts, abandoned by their parents, some of whom may be in prison. The pastor, himself the son of two alcoholics, has adopted 32 kids. He’s a hero in his country.