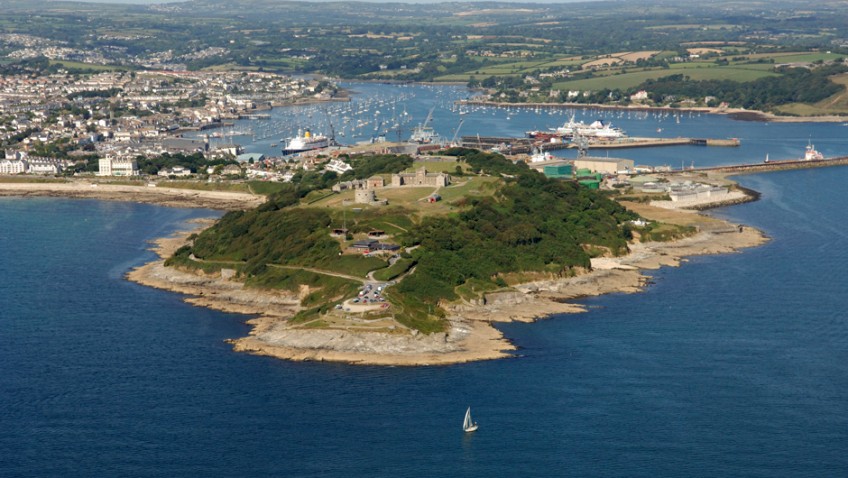 The dramatic and mischievous spirit of the sea is ever present here in this Cornish town of Falmouth. The town’s history abounds with tales of courageous maritime exploits and endeavours, from the days of the Packet ships and Trafalgar Way, to more recent heroic around the world challenges.

As I arrive waves were whipping over the hotel’s jetty and I found myself battling to stand against the gusts of wind.

Retreating to the warmth of the hotel bar perched at the very edge of the estuary and overlooking the harbour I witnessed the force of the sea. Small yachts were being tossed about like corks. One broke away from its mooring and headed for a buffeting against the sea wall. The coastguards rescued it sometime later, sadly, not before it has sustained some damage. The turbulent sea was doing it’s best to demonstrate its power and capability in the harbour. That evening in the comfort of the restaurant I was mesmerised by a thunder and lightning show as the storm travelled across the water and the rain lashed against the hotel.  I was reassured to know that the hotel had stood on the same spot for over 350 years and had weathered many far worse storms. Next morning, in direct contrast, the sun rose over the calm millpond of the harbour. It became a playground for kayaks and small dinghies and swans swimming serenely.

Falmouth is a thriving Georgian town perched on cobbled streets just right for ambling and exploring its quirky shops, cafes and maritime heritage.  Stretching along the coast, the sea is never far away and various jetties provide views over the estuary of pleasure boats, yachts small fishing boats and even the occasional cruise liner.

It’s the unpredictable spirit of the sea; the scent of the air, the fresh food it produces and not forgetting constant screech of seagulls and that makes Falmouth a great place for an escape. A must visit is the engaging National Maritime Museum. This museum shares the town passion for the sea and the lives of the community for whom the sea has been a way of life a source of food. It tells real life tales of the dangers and adventures on the oceans. The viewing tower and café offer magnificent harbour views.

Henry VIII chose the location of this fortress well to defend the harbour and Cornwall against foreign invasions in Tudor times. High on the hill its 450 years of history can now be traced from its origins as a coastal stronghold to its last military role as a secret Second World War base.

The three main beaches; Gyllyngvase, Maenporth and Swanpool.   All the beaches are family friendly, unspoilt and easy to reach.

Fal River Festival is a fantastic ten-day festival held from 30th May to 5th June 2016, which encompasses over 150 events varying from music and drama, the arts and heritage to gig racing and walking.

A festival of Sea Shanties, Songs of the Sea and Cornish Songs held from 17th to 19th June 2016 is a glimpse into the world of maritime music while raising funds for the RNLI.

Falmouth Week held from the 5th to 14th August 2016 has grown into the largest sailing regatta in the southwest with more than 400 yachts racing over eight days.

Falmouth Oyster Festival held from 13th to 16th October 2016 celebrates the start of the oyster dredging season and the diversity and quality of Cornish Seafood. Many independent cafes serving pasties and cream teas line the town’s narrow cobbled streets. There restaurant service delicious cuisine as diverse as Japanese, Caribbean, and Mexican alongside fine Cornish fish restaurants. The hearty freshly cooked portions at The Shed a gregarious restaurant and bar put a smile on diners’ faces.