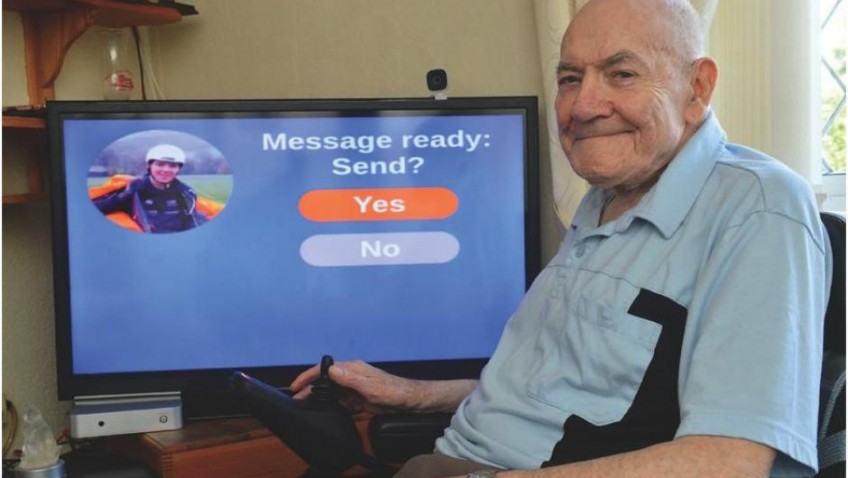 A pensioner had an audience with the Queen at Buckingham Palace – from the comfort of his own living room.

John Maynard, 80, had agreed to take part in a demonstration of a Skype-style video-link service Speakset which was being showcased at the royal household.

And he was left stunned when the Queen and Prince Philip appeared on the monitor – and he couldn’t resist saying ‘hello’.

He said: “I knew there was a chance the royals might be around and I was keeping an eye out for them.

“Then I saw the Queen walk in and she looked at the screen.

“I said ‘good afternoon your Majesty, nice to see you’ and she said ‘that’s a very good system’ and the Duke of Edinburgh looked over her shoulder and waved and I waved back.”

John, who lives alone, added: “It was a bit of a shock that the Queen spoke back to me.

“I knew when I saw her I would have to say something, I couldn’t really help myself. But it was something quite different to say the least”.

John, who is housebound after two heart attacks and four major operations, signed up to Christian charity Saltbox’s befriending service CareLink two years ago. He lost his wife, Brenda, seven years ago after 42 years of marriage, and says that the new service has eased his loneliness.

He said: “Speakset has improved my quality of life because I spent a lot of time stuck on my own without anyone to see or speak to. I would like to see more people using it.”