Home / NEWS / A centenary for Stonehenge: 100 years of belonging to the nation 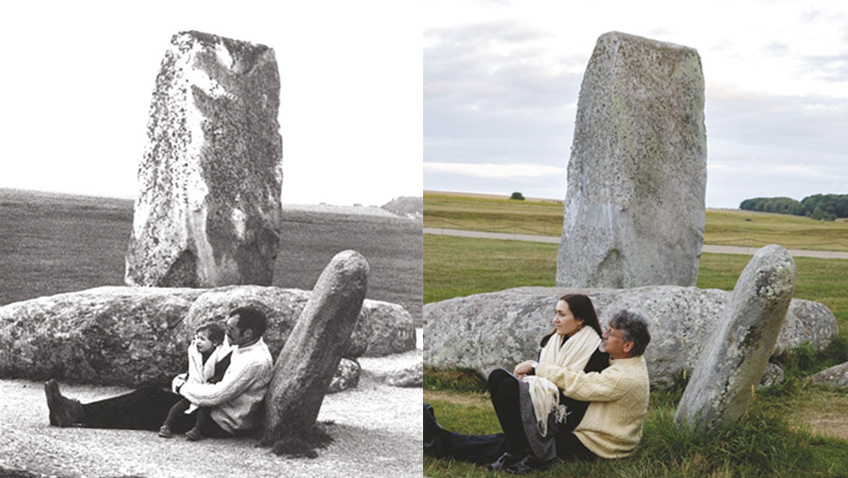 A centenary for Stonehenge: 100 years of belonging to the nation

2018 marks an important anniversary for Stonehenge

A hundred years ago, in 1918, local barrister Cecil Chubb and his wife, Mary, gifted the monument to the nation. This public spirited decision marked a turning point in the history of Stonehenge, as a much needed programme of restoration began almost immediately, starting a centenary of care and conservation which continues to this day.

Throughout 2018, English Heritage is celebrating the centenary of the gift, and discovering what this iconic monument means to people today.

Over the course of the summer, English Heritage invited a number of individuals and families to revisit Stonehenge and to recreate photos taken decades ago at the ancient monument.

Among them was American, Taney Roniger, who was only three years old when she first visited Stonehenge in 1971 with her parents. Her mother photographed Taney with her father (a US army doctor stationed in Belgium) leaning against one of the stones. Almost fifty years later, Taney once again posed in the same spot, only with her husband this time, who wore the same woolly jumper as her father did in the original photo.

Commenting on both her first and most recent trips to the prehistoric stone circle, Taney Roniger said: ‘I remember a feeling of vastness at the stones. And also a feeling of peace, not least because America was so troubled at the time because of the Vietnam War. The original is one of my favourite photographs, I really treasure it. Returning to Stonehenge after all those years was really special. The stones were overwhelming; I had the sense that they were bigger even than my first visit, and it felt like my parents were with me.’

English Heritage is calling on more people to share with the charity their photographs of their – or their ancestors’ – visits to Stonehenge from over the years. All the images will be included in a unique digital gallery showcasing trips to the World Heritage Site from 1918 to 2018.

Kate Davies, English Heritage’s Director of Stonehenge, said: ‘People have been visiting Stonehenge for centuries and since the nineteenth century, people have felt compelled to take photos of themselves and their loved ones in front of the stones. But rather than lying forgotten in a dusty old photo album or on a memory card, we want people to share with us their photos of Stonehenge and help us to create a photo album with a difference. It could be your photo, it could be your parents’ photo, it could be your grandparents’ photo – we’d love to see it and bring as many of them together as possible.

Stonehenge is an important place in many people’s memories, and each and every person who has visited the monument is part of its story. This archive is a way of making us all part of the on-going history of this incredible place.’

To share your, your parents’, your grandparents’ or even your great-grandparents’ photographs of the monument – and to see everyone else’s souvenirs – visit www.stonehenge100.co.uk.

If you have memories of Stonehenge, we’d love to hear them too – write to us at the usual address.