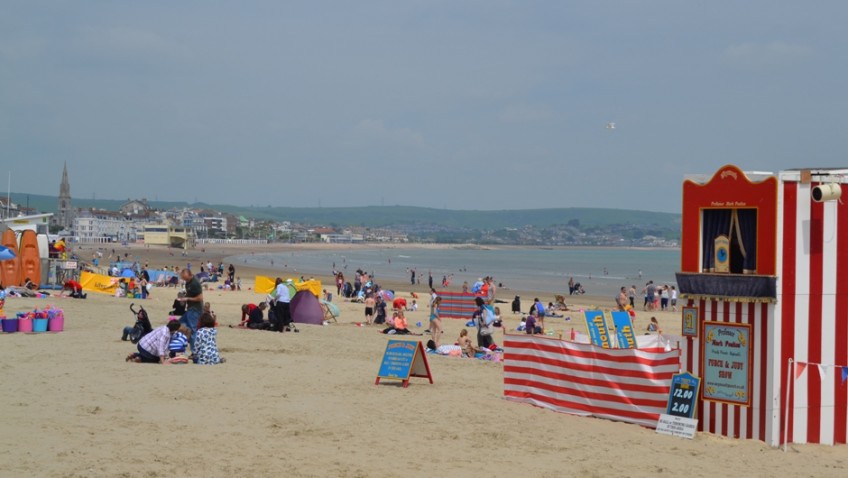 The best place for a long and happy life after retiring was today revealed as the picture postcard county – of DORSET.

The county, which last year saw its bustling town Christchurch voted as the retirement capital of the UK, stormed to the top in a list measuring best quality of life for pensioners.

More than half of those over 65 living in the county reported good health after giving up work, while 82 per cent owned property outright.

Dorset also had a higher than average percentage for the number of people who provided unpaid care.

The scores gave the coastal county a total overall tally of 46 out of a possible 50.

Other areas listed as grey hotspots, included Solihull, near Birmingham, which scored at 44, with Buckinghamshire, North Somerset and the Vale of Glamorgan tied in third with 42.

The South West, with its beaches and countryside, was found to be the most popular region for retirees generally, holding four of the top ten ranking areas.

The report, compiled by the Prudential and based on analysis of 2011 census figures, shows Barking and Dagenham, in Essex, came out bottom of the list scoring just eight points.

Vince Smith-Hughes, retirement expert at Prudential, said: “Our analysis clearly shows that the quality of life experienced by retirees varies significantly across the country.

“However, it is not always possible for people to up sticks and move to a location they consider to be more desirable, when the time comes to give up work.

“Family ties and the cost of moving home often dictate where people find themselves living as pensioners.

“People looking to secure retirement in an area where the quality of life is already high, or those simply looking to be as financially comfortable as possible when they give up work, are well advised to follow the simple rule of saving as much as possible as early as possible in their working lives.

“The decisions that retirees are faced with can be the biggest they will ever have to make.

It assessed the number of over 65s who reported being home owners, those who reported to be in good health and the percentage of people who provided unpaid care.

Additionally it looked at those who were married or in same-sex partnerships and those who had a propensity to travel.

Last year a similar study by the Prudential Dorset listed Dorset as home to three of the top 10 hotspots for pensioners.

Christchurch was named as the pensioner capital of Britain, with nearly one in three of those living in the coastal town retired – double the national average.

Residents say the town, with its mild climate, 11th century castle and large natural harbour, is driven by an army of active over-65s who keep a vibrant cultural community running.

Rick Whitham, who lives in nearby Studland, Dorset, said the county offered everything needed for a happy retirement.

The 71-year-old who now runs Rectory Cottage B&B said: “Dorset has got everything you could want, stunning coastal views, hills and valleys and the whole feel of it is the best.

“I often came down here as a kid with my parents and you never really forget the place.

“We have a doctors’ practice, a local hospital, and there are bus routes everywhere, it has lots of amenities to cater for the elderly.

“The village has quite a laid back and relaxed atmosphere, almost like Spain in a way, where it doesn’t matter if you don’t do it today, you can always do it tomorrow.

“It is just a relaxed way of life, we enjoy what we do and we enjoy where we live.

“Whether our guests want to walk on the hills or go bird watching, Dorset has it all.

“I wake up every morning thinking, ‘this is just mind boggling’; it is just such a fantastic place to live.”

Rick, who moved to the county from Essex, added that living somewhere else had given him more of an appreciation for what Dorset offered.

“If you speak to people who have lived here their whole life you might get a different answer,” the grandfather of four said.

“But because we’ve lived elsewhere it’s easy to see the differences and how good we have it in Dorset.”