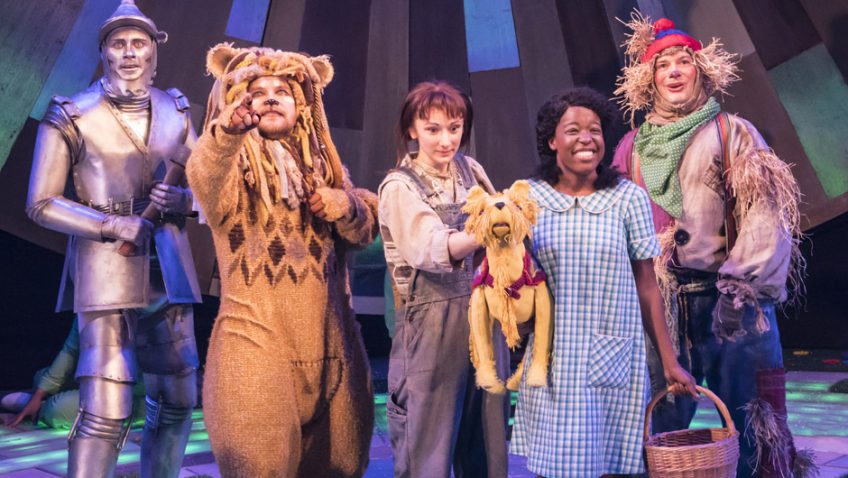 Why is it that, even in 2017, people still clamour to go Somewhere Over the Rainbow and into the land of Oz? Its 117 years now since L. Frank Baum’s classic tale first appeared and 78 years since Judy Garland skipped along the Yellow Brick Road. Why is Oz still so cherished? Because, because, because, because, because! Because of the charming characters, the unforgettable songs, and a story full of fun, fantasy, fright and intrigue.

Directed by Robert Hastie and designed by Janet Bird, this bright, bouncy production sticks closely to the film’s formula, embracing its warmth, charm, humour and 1930’s vibe, while delivering, too, some thrilling encounters of the third kind. A stunner of a spectacle has eyes pop and hearts stop as Dorothy leaves Kansas to enter Oz, when a choreographed tornado whisks away the simple life of picket-fences, wooden houses, dull metal tools and hillbilly farmers and a space-age geometry of shapes and lights takes over. As the entire Kansas stage is lifted away, we enter a bright new world of colourful fantasy, in which Dorothy will acquire a pair of updated ruby slippers whose sparkle would lend grace to any premier footballer’s feet. 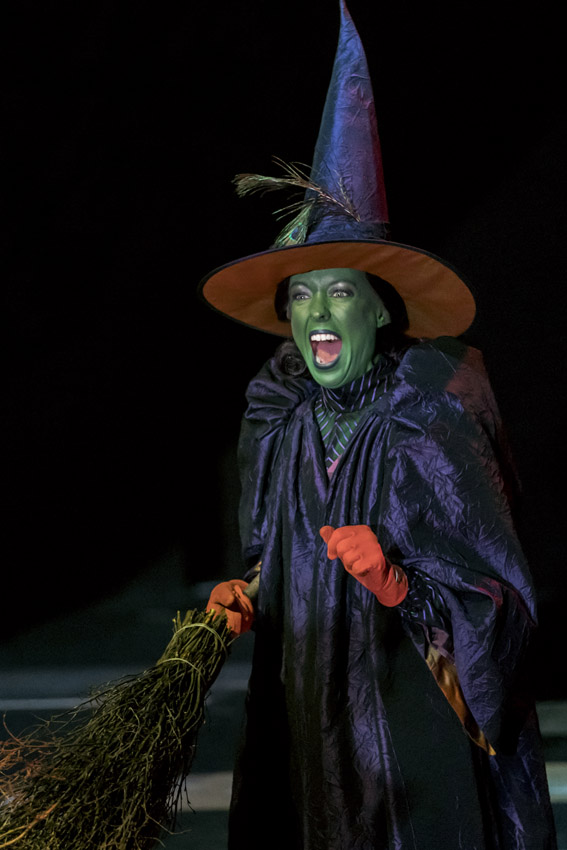 Catrin Aaron in The Wizard of Oz

Dialect coach, Michaela Kennen, ensures an ‘all American’ cast, while, also as in the film, the story starts and ends with the characters and events in Dorothy’s real life, thus retaining the crucial context framework that gives full shape, meaning, and moral message to her dream-world adventures in Oz. To play the lovely Dorothy, Gabrielle Brooks turned down a West End reprise of her role in Everybody’s Talking About Jaimie. The audience is delighted she did. Her Dorothy, all innocent earnestness and genuine joie de vivre, has a fine singing voice, too – not to mention a dog called Toto. In Kansas, a real, live, hairy, ‘ah factor’ dog plays Toto; in Oz, though, Toto is a fantastical, bright yellow, proactive puppet with ‘ah factor’ charm all of his own, courtesy of pup-puppeteer Charlotte-Kate Warren.

It’s the three farm-hands, of course, who become the main characters in Oz. Played beautifully by Andrew Langtree, soft, soppy, floppy, brain-free Scarecrow earns great affection and is bang on, even today, when he says, ‘some people without brains do an awful lot of talking!’ Jonathan Broadbent is the nervy, long-tailed Lion who’d have Lion-King aspirations if only he dared, while for spot-on, creaky robot movements, fine singing and well-oiled dancing, Max Parker earns special applause as the Tinman. Aunt Em transforms in this production, too, to become golden Good Witch, Glinda, vibrancy given to both characters by Sophia Nomvete’s strong, full-hearted presence and mighty singing. Not surprisingly, the vindictive, bitter, cycle-riding, dog-detesting Miss Gulch, turns into the green-faced Wicked Witch of the West, Catrin Aaron embodying not so much pure evil as pure scorn and sardonic wit. Professor Marvel (Ryan Ellsworth) is the Wizard himself, a charlatan, but not altogether without wisdom.

Ensuring the music never stops, an orchestra of many parts plays way up high, somewhere beyond the original washing-line of tie-dyed clouds, while the entire ensemble is equally busy throughout with close harmony singing, dancing, acrobatics, prop-toting and acting. Visual splendours are many, from multi-coloured Munchkins, clad in all things bright and beautiful, to winged monkeys on roller skates, fiery-eyed Cyclops-Winkies, a flashing, under-lit yellow brick road, and witches and wizards who ascend up, up and away. And the startling mechanical incarnation of the Mighty Oz, with its shining emerald eyes, is a wonder to behold. 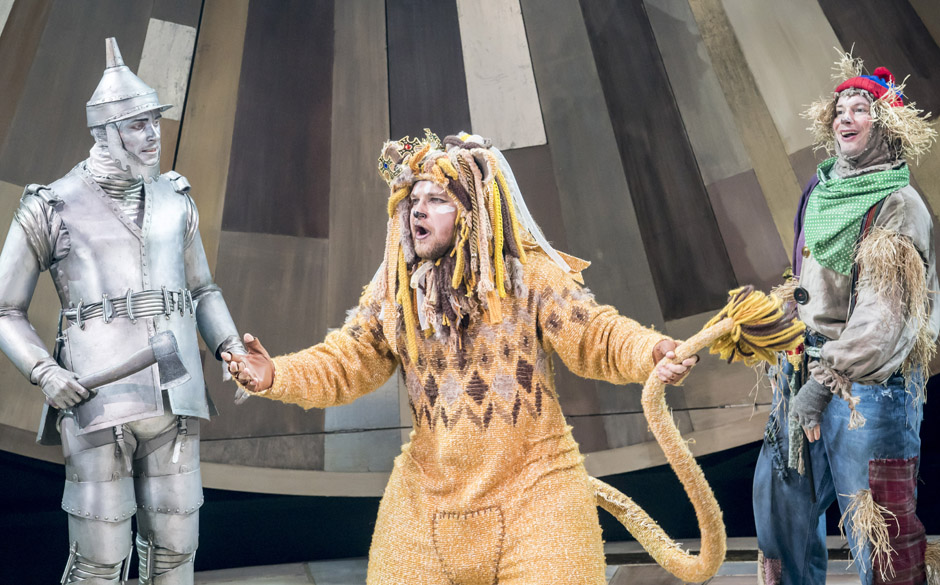 Max Parker, Jonathan Broadbent and Andrew Langtree in The Wizard of Oz