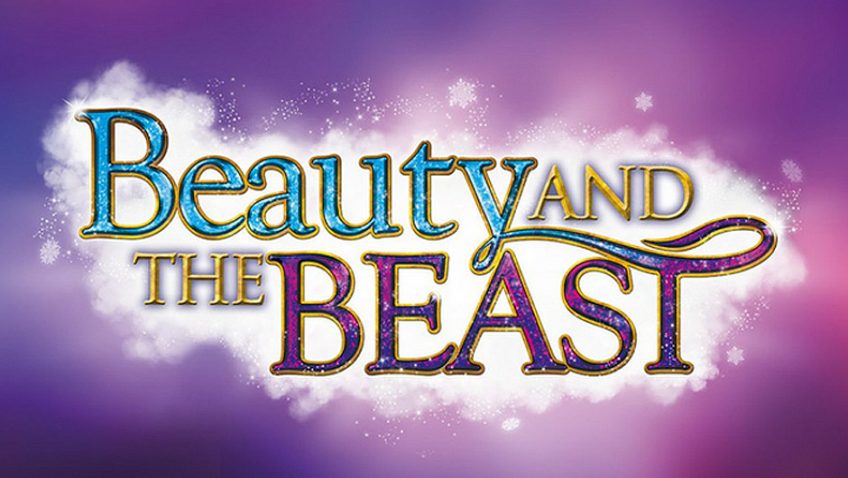 The fabulous presence of Becky Barrie as furry dog, Amie, just about steals the show

The pleasing of everyone, from fractious tots to well matured retirees, is crucial in filling theatres right through the panto season. With a vast variety of absolutely everything, Toby Oliver and Matthew Bugg’s Beauty and the Beast certainly does its best on that front as traditional fairytale charm marries into twenty-first century brash.

Naturally, there are puny puns, odd rhyming couplets and cracker jokes (Why is six frightened of seven? Because seven, eight, nine!) There’s also… silent slapstick, frequent, funny flatulence, squirty water pistols, dads dancing on stage, communal rounds of Frere Jaques, a black-clad baddie to boo, wolves that are, all too often, behind you, and a loud Dame who elicits intakes of breath with a full array of outrageous costumes. Also galloping into the mix come local and topical comments (I was more frightened than Trump’s hairdresser!), dry ice, fireworks and a broad range of music styles that sing and dance through can-can, rap, ballet, loud pop, Thriller and romantic ballad, played admirably offstage under the direction of keyboard player Matthew Floyd Jones and, at times, onstage too.

We first ‘cop an eyeful’ of Dame Polly Filler’s towering success in fashion as she enters, clad in a major Parisian landmark of a frock. Robert Took, big and bold as the great Dame, is a strong presence from start to finish, while the fascinating, fabulous presence of Becky Barrie as furry dog, Amie, just about steals the show though she speaks not a single word. With light, nimble, always graceful, flowing movements, Becky’s entire body and face convey intense, irresistible expression and charm. Though she’s acting as signer throughout, her performance is integrated so cleverly and fully with characters, story and audience, she enhances the whole show (just as with the integrated signing in the Crucible’s Tommy, The Musical earlier this year.)

Sam Haywood is a wonderful Beast. His appearance as scary, hairy, horned being, together with his round, imperious speaking voice, stuns the entire audience into silence at times, while his beautifully lit, beautifully sung blues ballad is accompanied by an exquisite, silvery ballet, creating the most emotionally engaging scene of the show. It’s Miss Bo Tox (Eleanor Ordish) who lets rip on the high-end Gospel notes, while fine Italian tenor tones ring out courtesy of Nicholas Chiappetta in the role of obnoxious, black-clad, moustachioed villain, Gaviscon – he of the loud, bend-and-go flatulence that never fails to raise a laugh. Oliver Mawdsley doubles up very nicely as suave, tuba-playing Don (Valley) Valet and less suave Judge Jumbles, while Esther-Grace Button is the cheeky, outspoken, shockingly red-headed little Bonbon, brother of Bella, a heroine who’s given full, feisty, self-sufficient stridency by Lauren Chinery, a heroine typical of this day and age, never to be confused with a damsel in distress.

As the season progresses, tweaks to timing and delivery, and to the nurturing of a finer chemistry of romance will make more of the special moments to thoroughly convince us that love, like roses, blossoms in the most unexpected places, and that ugliness is only an issue if it’s on the inside. In general, then, is it a thumbs up for the show? Oh, yes it is!