Home / LIFESTYLE / REVIEWS > / FILM REVIEWS / Despite another excellent performance from Jake Gyllenhaal, it would be hard to repair Demolition 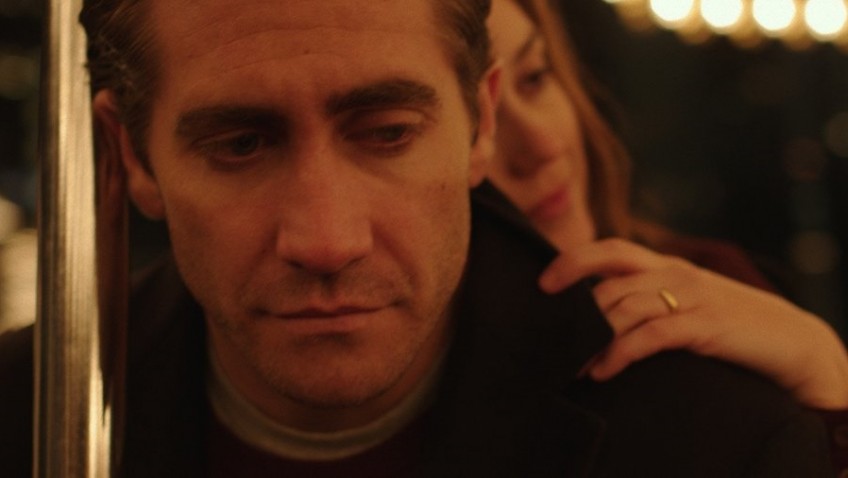 Despite another excellent performance from Jake Gyllenhaal, it would be hard to repair Demolition

Demolition is a psychological drama starring the always-working and always wonderful Jake Gyllenhaal. It is directed and co-produced by Jean-Marc Vallée (Wild, Dallas Buyers’ Club) and written and co-produced by Bryan Sipe (remake of the Man who Knew Too Much).

Vallée managed to secure an Academy Award for both his lead and his supporting actor in the Dallas Buyers’ Club and despite his prolific and impressive track record, Jake Gyllenhaal has yet to receive one.  Could this be the one?  While Gyllenhaal’s performance adds weight and coherence to a flimsy structure, the story is, when stripped of all its irrelevant tangents, a sanitized version of the film Dirty Grandpa, released early this year.

Gyllenhaal plays successful investment banker Davis who is married to Julia, an attractive woman (Heather Lind), whose father Phil (Chris Cooper) is partner in the Wall Street firm that has hired Davis.  Davis is doing well at the firm and the couple live in an expensive modern house from which Davis commutes into work – very much the company man whose life is mapped out for him.

When the film opens, he and Julia are having a friendly argument about the leaking refrigerator that Davis has never attended to.  Davis has no interest in DIY.  While discussing the matter, a car broadsides theirs and the next thing we know Davis is in the hospital unscathed and Julia is dead.

In shock, Davis tries to buy a packet of M&Ms from a vending machine.  It is not the time for disappointment, but the machine won’t deliver the goods.  When he returns home, he writes an embarrassing letter to the customer service department of the company, in which he provides way too much information. We are supposed to believe he is telling the company his life story out of grief, but it sounds more like the script writer’s attempt to avoid expository dialogue later on in the film.

When Davis opens the refrigerator for a beer, he notices the leak that Julia had referred to, telling us that he was never one for taking things apart and put them back together.  This loaded phrase related to the refrigerator is clearly metaphorical.  But for some reason, this idea of repairing a heart, and a life, is bumped up to a bigger metaphor: the titular demolition.

Taking things apart will not be enough.  Davis has to demolish everything, including, literally, his relationship with his in-laws, his job (he does crazy things at work) and his house (he takes a hatchet to it), in order to feel something again.  After the funeral he offers he pays a couple of bemused builders to teach him, not how to build a house, but how to demolish one.

While Phil wants Davis to seek medical help, Davis finds help in the form of the vending machine company rep Karen (Naomi Watts). For some reason, she phones him in the middle of the night sounding more like a phone-sex service than a customer service department.  Although Karen and her 15-year-old son Chris are living with Carl (CJ Wilson), the hard working vending machine owner, Karen begins to flirt on the phone with Davis and the two arrange to meet.

Although Karen is as loopy and seemingly unstable as they come, Davis starts hanging out with her at Carl’s house while he is away.  Naturally, too, he forms a bond with Chris, a difficult teenager with attitude and a smoking habit. He enlists Chris’s help in demolishing his expensive house by hand, before buying a bull dozer.  Davis must have either very nice or extremely unobservant neighbours, because no one seems to take notice of the noise or debris on their expensive street.

Karen is on the whimsical side, to say the least, so one day, she takes Davis out to Coney Island to introduce him to the owner of a derelict merry-go-round that needs investment. Davis shows far more interest in repairing (there’s that word again) and the derelict merry-go-round than in choosing candidates for the scholarship foundation that his in-laws have established in Julia’s name.

So what is the connection between Demolition and Dirty Grandpa?  In that film, Zac Efron plays an uptight corporate lawyer who also works for his soon-to-be father-in-law.  He is about to marry a bossy wife who wants to lead the kind of life that Davis and Julia live.  On a road trip the lawyer takes with his grandfather, we learn that the lawyer has given up his dreams of being a photographer to make money. He has also lost contact with the environmentalist girl he liked in high school – the equivalent of Karen, but less loopy.  It is only after seeing his phony life and reputation intentionally demolished by his grandfather that the lawyer can become himself and start his life anew.

While the filmmakers spend a lot of time on the demolition side of the equation, it comes at the expense of the rebuilding.  Karen might be the equivalent to the dirty grandpa in helping Davis put his life back on track, but it’s hard to see how. Instead of creating a credible relationship between the lovers and a convincing transformation for Davis, the filmmakers decide to make Chris’s sexually identity an issue and he becomes the victim of a sexually-motivated attack. Don’t ask!

And while it’s great that Vallée cast a female love interest who is a decade older than the leading man, there is little chemistry between the two. That’s all the more problematic as it’s nearly impossible to believe Karen as a character, let alone as Davis’s saviour.