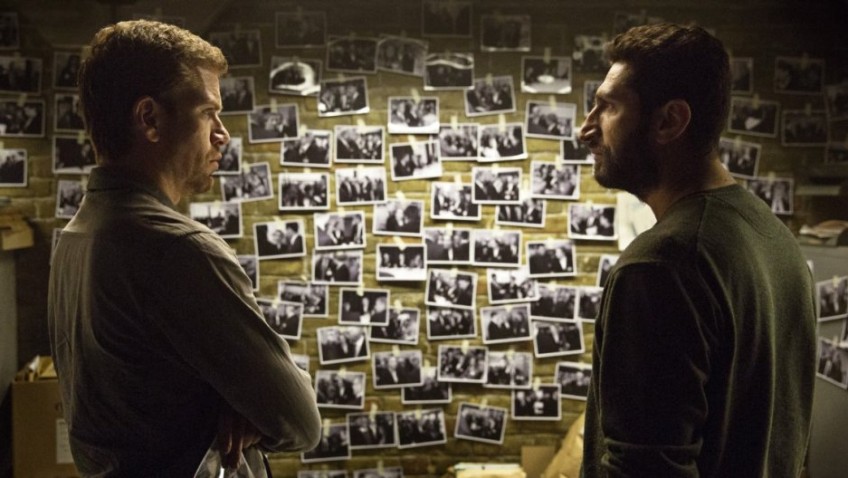 The decision to turn the first of 64-year-old Danish author Jussi Adler-Olsen’s Department Q novels into a feature film suggests that the market for Scandinavian crime drama is far from sated.  Adapted for the screen by the talented Nikolaj Arcel, who wrote and directed The Royal Affair and adapted the Girl with the Dragon Tattoo for the screen, the story, plot and set up of the Keeper of Lost Causes are familiar to the point of cliché.

But Arcel inserts distinctive detail and compelling characterisation, while Director Mikkel Norgaard gets the most out of his engaging heroes and dark atmosphere.  Crucially, he knows how to pace a film and turn up the tension until you are shouting at the screen.

Chief Detective Carl Mørck (Nikolaj Lie Kaas) is on a routine stake-out that goes horribly wrong when a fellow-detective is shot and his partner is seriously wounded.  A broken man with his hands literally shaking, Mørck is not fit to return to homicide work.  He is assigned to Department Q, the cold cases department, where he is instructed to read through the closed files and take no action.

Mørck knows that Department Q is a dead-end demotion, but his guilt means that his resentment is directed at himself, not at his boss. Entering a depressingly bland, dusty basement, his imposed assistant, Assad (Fares Fares), greets the glum detective cheerfully.  Assad impresses the cynical Mørck with the care in which he has maintained the endless files that are dumped into the department.

Obeying orders to the letter and not taking action is not what made Mørck Copenhagen’s best detective.  When he becomes obsessed with the case of Merete Lyngaard (Sonja Richter), the attractive politician who disappeared five years ago, you know he is not going to file it away.

Within hours Mørck and Assad are on the trail of Lyngaard’s final known movements and are interviewing her family, colleagues and friends. She was last seen on a ferry car deck screaming for her younger brother who now lives in a hospital for the mentally ill.  The assumption is suicide.  But did she jump overboard or was she pushed?  Or was she kidnapped, and if so, by whom and why? The trail has all but dried up.  She is assumed dead, but Mørck has a hunch that she could still be alive and Assad believes that the key to her whereabouts lies in the hospital with her mute brother.

The clichés are present in droves. We have the opening back story of the perfect cop transformed by guilt and depression into a pill-popping, trembling shadow of his former self.  We see this fallen hero reluctantly get his act together thanks to the partner he did not want.  We see them bonding like Holmes and Watson, Morse and Lewis or, more to the point, Sonny Crockett and Tubbs.  Then we have a psychopath, parents killed in a car crash (aren’t they all?) and, of course, the nay-saying police chief who has to eat his words at the end.

These clichés notwithstanding, what makes the film so compelling is the tension of a woman-in-jeopardy story combined with a successful chalk-and-cheese buddy movie, topped off with a bit of social commentary.  The filmmakers never let us forget that the sub-text to this partnership is that the indispensable Assad is a minority Muslim in a White, Protestant society that retains its racist pockets.