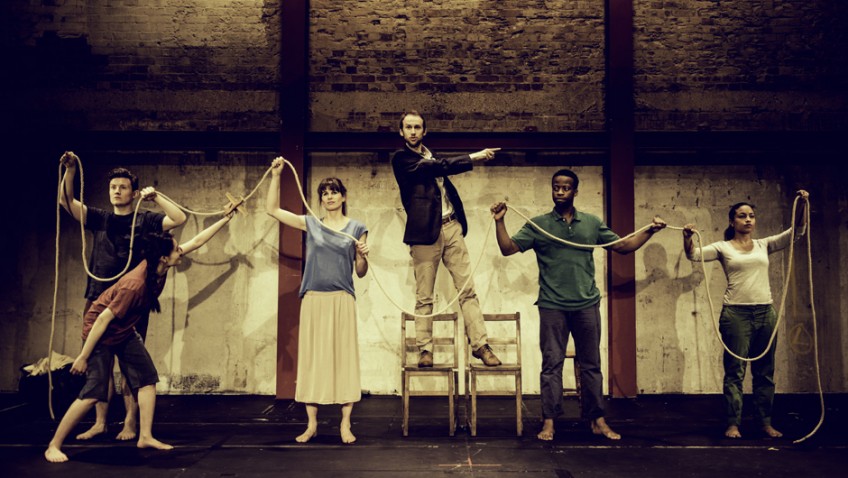 Daniel Everett, an evangelical Christian and an academic linguist, spent three decades in the Amazonian forest among the Piraha tribe in the late 1970’s. He published a book about his experience in 2008.

The expedition, funded by Christians, was not just a linguistic and anthropological investigation; he was on a mission.

He learned the Piraha unwritten-language, a formidable task, and then tried to convert them to Christianity. He failed and he became an atheist.

They have no word for “worry” and they are happy.

Simple8’s attempt to make the book stage-worthy doesn’t always succeed and sometimes it just becomes a lecture on linguistics and recursion in particular.

The performance has a theatre-in-education feel to it. Mark Arends, an engaging performer, plays Everett and deftly holds the ensemble production together.