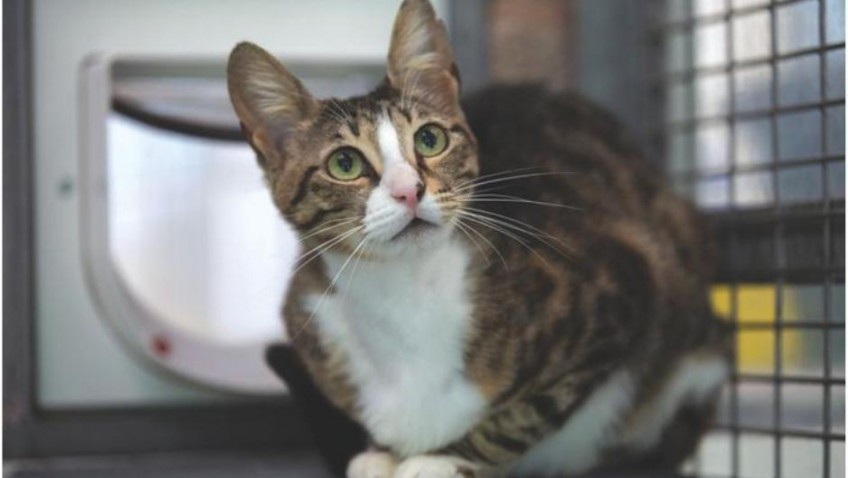 A miracle moggy is recovering after surviving without food and water for three weeks in a shipping container during a 2,200 mile journey to the UK – from Cyprus.

The stowaway cat, who has been named Miss Pickford, got into a shipping container at a port on the island in May.

The plucky puss then travelled in the sealed container across the Mediterranean Sea on a ferry before embarking on a mammoth road trip through Central Europe.

Incredibly, vets say she survived by licking condensation from the walls of the container on her gruelling voyage.

The four-year-old was finally found when the lorry arrived at the warehouse of Pickfords, a removal and storage company in Warwick, and its cargo was unloaded earlier this month.

Concerned staff heard desperate meows from inside the vehicle and found the cat had made itself a bed in one of the container boxes.

The company paid for the animal to stay at Bayton Lodge Quarantine Kennels and Cattery in Bedworth, Warks.

Lorraine Grove, 58, the cattery’s joint owner, said: “When she arrived with us she was in a very bad condition. She was extremely thin, very dehydrated and her fur was dry like straw.”

But Miss Pickford made a miraculous recovery during her quarantine period, and was given flea and worm treatment, rabies vaccination and a microchip.

She is now being cared for at Cats Protection’s Birmingham Adoption Centre in the Hollywood area of the city – where she is looking for a new home.

Staff say she is still a little unsure of herself, but are confident that she’ll make the perfect pet for someone.

Sarah Whitmore, deputy manager at the centre, said: “Miss Pickford is a very special cat to have survived such a gruelling ordeal.

“She’s fairly shy and retiring, so we’re hoping to find her a quiet home with an experienced owner who can coax her out of her shell.