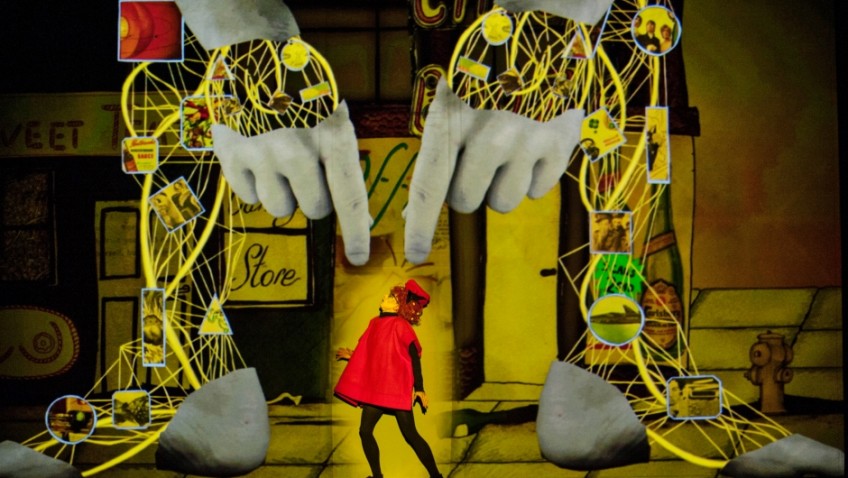 The multi-award-winning 1927 Company, which was founded in 2005 by Suzanne Andrade, director, writer and performer, and Paul Barritt, animator and illustrator, present a satire on the way technology and consumerism are mastering us rather than the other way round. 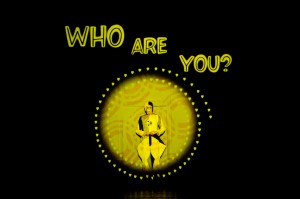 The production, as is the norm with the 1927 Company, combines performance and live music with handcrafted animation. The cleverness and pleasure comes from the precise synchronisation of the five actors and the cartoon film creations.

The script takes its inspiration from Gustav Meyrink’s 1914 German novel, Der Golem, and Karel Capek’s 1921 Czech play about robots, R.U.H. and the performance feels like something expressionistic from that era

Golem at the Young Vic is a labour-saving device (a lumpen figure with a big penis made out of clay) who will do whatever Man wants him/it to do. But who is actually in control of whom?

Man initially tells Golem what to do and he does it. But soon Golem is speaking and telling Man what to do. And sooner than you think (the show lasts 90 minutes straight through) Man has become a machine.

It’s fun watching the nerdish hero walking on the spot whilst an ever-changing panorama of streets and shop windows and signs zip past him.