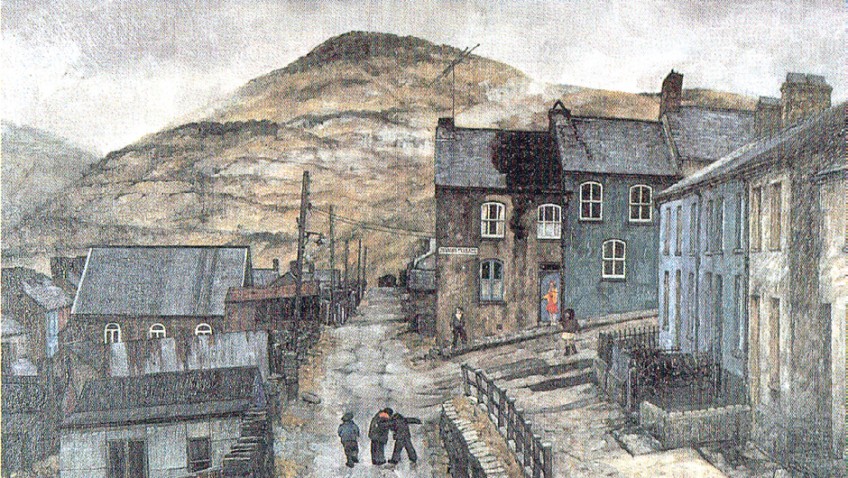 Retirement is an unfamiliar term to 85-year-old Christopher Hall from Berkshire.

A respected professional oil painter all his life, it is a career that has allowed him to support his wife and three sons.

Today, painting continues to be a way of life, which regularly sees him taking commissions and opening his home studio to the public.

“I had a great year last year in terms of sales,” he says. “I must have sold 20 paintings and that is very gratifying. This year is shaping up to be just as good.”

The bulk of his sales come directly from visitors to his yearly open studio event in May, but they are also bolstered by sales at Fountain Fine Art, which has two galleries in Cardiff and Llandeilo, Wales.

He does have to take it easier these days though. “There’s no upping sticks and going to Italy like I used to do every year. I have to look after my wife Maria – we have been married for 59 years – and this restricts me to painting more local scenes. It also makes me think very carefully about where I exhibit, because I have to rely on one of my sons to deliver my work for me now.”

After his time at art school – after studying at The Slade between 1950 and 1954 – he developed his own style, focussing on landscape and architecture, often being commissioned to portray buildings.

“In those early days I was commissioned by wealthy landowners. One such project took me to Ireland where I lived on site in a crumbling Gothic mansion in County Wicklow for a several weeks to produce a series of works.” Christopher took time out in 1967 when he was elected Mayor of Newbury, but the paintbrushes were always close to hand and it was not long before he was commissioned to produce paintings of places as a record for the future.

“In the 1970s, particularly, I was often commissioned to produce pictorial records of urban settings before they were redeveloped,” recalls Christopher, who at this time was a regular exhibitor at the Royal Academy Summer Exhibition.

“These included an old barracks in Aberystwyth, which was being taken down. In Reading I painted humble rows of 19th century terrace houses before they were demolished. It was a useful way of recording an important moment in time. More of this should be done because we live in an ever-changing environment.”

During his career he has enjoyed a number of solo exhibitions in London and his work is represented in the collections of the Arts Council, Barclays Bank, The Museum of London, The National Library of Wales, Oxford University Press, Shell UK, Allied Lyons, the Art Galleries of Reading and Carmarthen and The Ashmolean.

Another passion is cricket, which has led him to produce paintings of cricket grounds, perhaps most notably Falkland Cricket Club in Newbury for whom he played for 20 years. Christopher started playing cricket just after the Second World War.

“My first match at the age of 15 was in a farmer’s field at Inkpen because the cricket ground had been ploughed up during the war. We had to cut down clumps of nettles. Play was disrupted as cows traipsed across it.” He adds: “I have been commissioned to paint Falkland Cricket Club on at least three occasions.”

He has enjoyed painting other cricket grounds “for sheer amusement”, including Donnington, West Ilsley and Ripley. “I painted the ground at Ripley several times for a nearby gallery. “It’s an attractive ground,” he adds.

In 1988 Christopher was elected to the prestigious Royal Society of British Artists (RBA) and the Royal Cambrian Academy in 1994. His work is exhibited at John Noott in Broadway, Worcester.

Many of his paintings are in the national archive and can be seen here: www.artuk.org