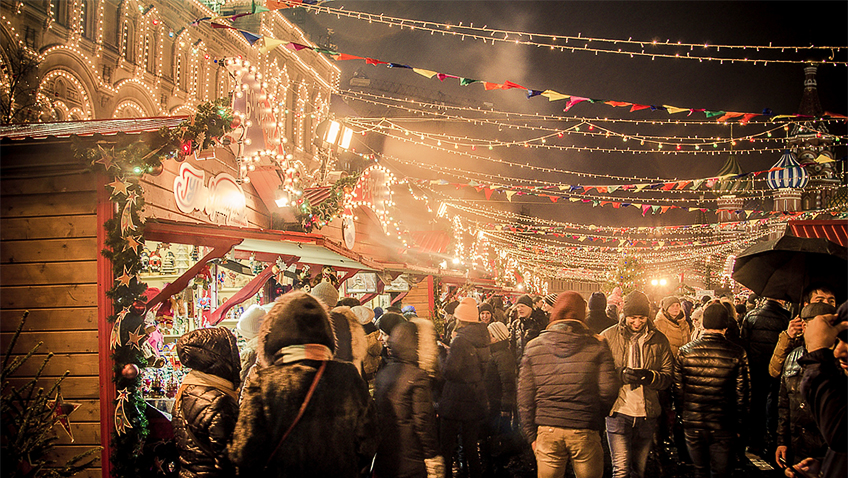 They may only be a pretty recent phenomena on UK high streets, but the tradition of Christmas Markets actually goes way back, in fact as far back as to 1434 when it is believed that the first ever one was held.

Traditionally, Christmas markets are held during the four weeks of Advent and they have their origins in Germany, spreading to German speaking countries as well as parts of the Holy Roman Empire which included many of the eastern regions of France. Nowadays you will find them held in cities all over the world.

The precursor to Christmas markets is thought to be Vienna’s Dezembermarkt (December Market), which dates back to around 1300. Emperor Albrecht I granted shopkeepers the rights to hold a market for a day or two in early winter so that townspeople could stock up on supplies to last them through the cold months.

But the first designated Christmas market is believed to have been held in Dresden, called the Striezelmarkt and then spread to other German cities as well as other countries. Those held in Germany, Switzerland and Austria became known as the “Christkindels markt” which roughly translates as the “Christ child market”.

The markets consisted of a variety of stalls that would traditionally sell food and drink as well as seasonal items relating to Christmas, they would be held outside and would include singing and dancing as part of the revelries. They would have the firm support of the Church, and would in many cases be held in the market squares, close to the said churches that supported them – the aim being to encourage more people to attend the services held therein.

Nowadays, they are firmly aimed at the Christmas market encouraging people to buy presents and to partake in seasonal and regional food that they wouldn’t normally eat or drink the rest of the year. They have become a particular holiday destination for many in the run up to the festivities. You will find stalls selling Christmas decorations of all kinds, candles, handmade figurines and a whole variety of other things that can usefully be used to decorate your home over Christmas.

Food and drink also play a big part with the smell of sizzling bratwurst floating over the stalls whilst steaming glasses of Glühwein are drunk. You can also sample fresh gingerbread, a staple as well as roasted chestnuts and toasted almonds amongst some of the other delicacies.

You will now find Christmas markets in many towns and cities across the UK, one of the largest is held in the centre of Bath each year with in excess of 180 stalls. If you are planning on visiting, beware, because of the narrow streets it can get exceedingly busy at times so do plan your visit.

Winchester is also a favourite as it is held in the shadow of Winchester Cathedral itself and is rightly regarded as one of the best in Europe. It also has a covered ice rink so you can watch the grandkids skate away to their hearts content!

Meanwhile, Manchester holds the claim of being the first ever Christmas market to be held in the UK, having been held continuously since 1999. It has around 300 individual stalls and is believed to attract an astonishing 9 million visitors each year.

But most major towns and cities will be holding Christmas markets this year including Birmingham, Belfast, Cardiff, Edinburgh and of course London. They are easy to find and are great fun to attend so why not make the effort this year?