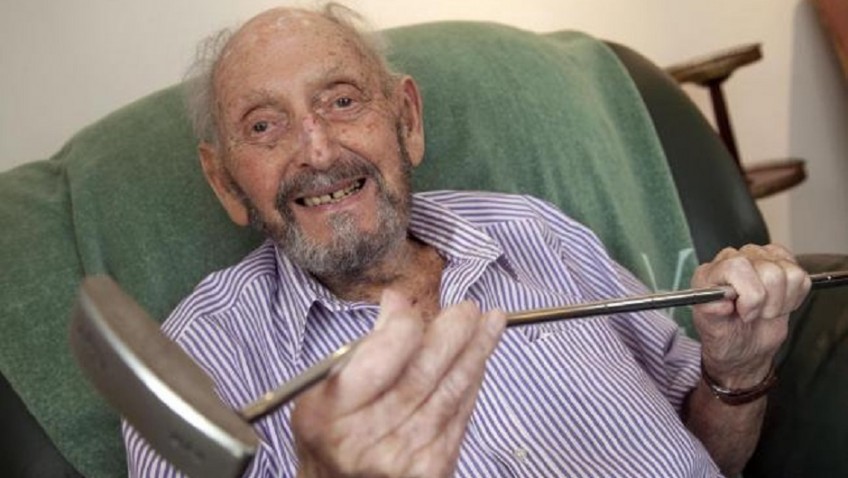 A 105-year-old has been honoured at the House of Lords after raising more than £100,000 for charity – by selling used golf balls.

Max Morris, a keen golfer up until his mid-90s, spent 18 years collecting used balls, sorting them by brand, boxing them and then selling them to raise money for charities across the country.

The centenarian, from Kingston, south west London, was given a British Citizen Award (BCA) at the House of Lords on Saturday, which honours residents for their work in the community.

Max, who worked in the RAF during the second world war, said he was “thankful” to have been nominated for the award.

He said: “I’m very pleased to have the recognition for my charitable efforts.

“It’s an honour to be awarded a BCA, and I’m very thankful that I was nominated.

“When I started collecting golf balls to donate, I never thought it would become as large as it was, but I’m glad everyone involved was able to help so many people.”

As well as working as a French interpreter in the RAF, and receiving four medals in recognition of his service, he also travelled to China in 1957 to foster better links with the country during the Cold War.

After retiring he moved to Kingston with his wife in 1999 as the commute to his golf club, Coombe Hill Golf Club, was taking too long.

From there he would take boxes he collected from the golf course to charity shops across Kingston for them to sell.

Max has also been involved with numerous community groups, including serving on the board of The Unicorn Theatre for Children – and he was even one of the original investors in the Broadway show Cats.

He was presented with his BCA at Westminster, having devoted almost decades to charitable causes.